Creative leaders from the local agency scene will discuss winners and trends at The Old Post Office on Nov. 17th 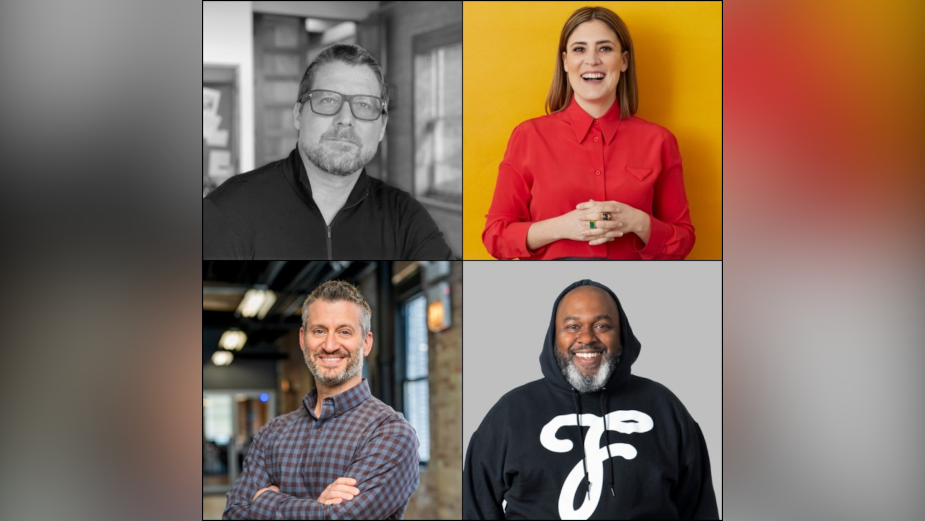 The AICP Awards national tour, which brings winners of the AICP’s three competitions – The AICP Post Awards, the AICP Next Awards, and the AICP Show: The Art & Technique of the Commercial – to audiences around the country, will make its final stop of 2022 when it comes to Chicago on November 17th.

The event will be held at The Old Post Office, 433 W. Van Buren Street, and kicks off with a happy hour at 6pm, followed by the awards program and panel discussion at 7pm. The evening concludes with a reception from 8 to 11pm. Tickets are available here.

The event will feature Chicago-based creative leaders, who will discuss the winning work, offer insights into the execution of some of this years’ top honourees and offer their opinions on future trends in the industry. Moderated by AICP president and CEO Matt Miller, the panel will include Mikal Pittman, EVP, executive creative director, Leo Burnett; Ashley Geisheker, EVP, head of production, Leo Burnett; Mark Gross, co-founder/chief creative officer, Highdive; and Aubrey Walker, executive creative director, OKRP.

Top winners at the show will be well-represented on the Chicago panel, as Leo Burnett’s Mikal led the team that created the Most Next winning entry, 'Thighstop' for Wingstop. The project also won in the AICP Next Awards’ Integrated Campaign category. Ashley also played a role in the Awards this year, producing 'The Lost Class' for Change The Ref, which won in the Purpose Driven and Influencer categories in the Next Awards and the Concept and Public Service Announcements of the AICP Show.

As the winner of the Most Next honour, Leo Burnett directed a $5,000 grant from the AICP Foundation to an organisation of their choosing. The agency chose Marwen, which provides free visual arts and college and career programming for Chicago’s young people from under-resourced communities in middle through high school.

“We’re thrilled that the AICP Awards national tour is returning to Chicago next week,” says Lisa Masseur, founder and executive producer at Tessa Films and president of the AICP Midwest Chapter. “As a tight knit community in the Midwest, who has largely only gathered virtually for the past couple of years, everyone is looking forward to celebrating this year’s winning work, in addition to simply being together again.

“The new format of the Awards presentation highlights all AICP winners from the AICP Show, the Next Awards and the Post Awards, and as such it’s a great recap of the honoured work,” Lisa continues. “Matt Miller will lead what I’m sure will be a rousing panel discussion, with Ashley, Mark, Aubrey and Michael. To gather and be inspired by the work is really what the AICP Awards tour is all about. Our panellists, our sponsors and our Midwest Board, as well as myself, are certainly looking forward to it.”

Sponsors help make all of the AICP awards competitions and events possible. AICP Partners and Supporting Partners, who support all AICP events throughout the year, are: CAPS, Universal, Wrapbook, Film Hawaii, Film Supply + Musicbed and TEAMS.

AICP Awards Show Patrons include BMG, Florida Office of Film & Entertainment, Hello World, Need Financial Services, SAG-AFTRA, The ROOTS.TV and Vagabond. The Mill created the graphics and design language for all three competitions, and Squeak E. Clean provided the music and sound design for all elements.

The happy hour was jointly sponsored by Quriosity Productions and SG + Partners, and the post-panel cocktail lounge was sponsored by Cast & Crew, CAPS – A Cast & Crew Company and The Team Companies. Cutters Studios and Optimus served as executive producers for the AICP Awards Midwest Presentation.

Established in 1992, The AICP Show is one of the most important advertising showcases in the world that’s dedicated to excellence in craft. The AICP Post Awards, which debuted in 2001, honours excellence in a wide range of post production crafts and disciplines. And the AICP Next Awards, launched in 2007, highlights the winners of the 11 Next categories, which honour innovative marketing communications.

Honourees at the AICP Show and The AICP Next Awards are preserved in The Museum of Modern Art’s Department of Film’s state of the art archives for future generations to study and are available for use or exhibition by the museum’s curators. All individual works and each year’s shows in their entirety can be viewed exclusively here, the AICP Awards Archive website, while winners of the AICP Post winners can be viewed here.