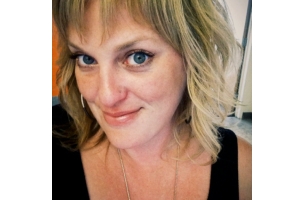 In her role, Hosack will oversee the musical development of Toyota North America’s broadcast campaigns, as well as participate in the development of various music strategies across the agency. She will report to Director of Content Production, Sara Seibert.

Hosack brings a passion for music to Saatchi & Saatchi LA after honing her experience for years in the audio industry. She began her career in music working as the Music Director for her college’s public radio station, KSMC, later moving to an internship post at MCA Records (now Interscope Geffen A&M Records). While in college, she also interned for the legendary concert promoter Bill Graham Presents, and continued full-time after graduation for 4 years. During this time, she worked in the marketing and public relations department, executing ad campaigns for numerous live entertainment, music, and comedy shows in the San Francisco Bay Area, Reno/Tahoe, and Sacramento.

After moving to Los Angeles in 2005, Hosack began volunteering at KCRW as a production assistant during their evening and weekend music programming. More recently, she sat on the “younger generation” executive board of thinkLA and co-produced AdJam - the advertising industry’s version of battle-of-the-bands. Over the course of 5 consecutive years, she transformed AdJam into a top fundraising event for the prominent LA-based non-profit organization.

“Saatchi LA’s work is known for positively influencing popular culture through a vast array of media channels,” said Hosack. “I’m thrilled to bring my passion for music to this new role and can’t wait to shape the creative and artistic development process for the client and agency alike."