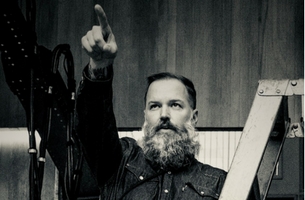 Globally acclaimed production company RSA Films has signed award-winning filmmaker Zach Merck for commercial representation in the U.S. Merck is often sought for his expertise working with real people and hidden camera, as seen in his incredibly successful campaign for Chevrolet.

A versatile filmmaker, Merck also directed Volkswagen’s “Racing Under Green” doc-style TV series about the VW SCAA Racing Team via Crispin Porter & Bogusky, The Art of Walking, a branded documentary for Nat Geo created in partnership with the Tourism Board in Victoria, Australia, and ads for Cadillac, GMC, Travelocity, Dodge, Jack Daniels and many others. The news was announced today by Jules Daly, President, RSA Films.

“Zach is an accomplished filmmaker and a great fit for our roster,” Daly comments. “He is one of those remarkable talents who is well-versed in storytelling and the process of filmmaking, able to deliver great creative for a diverse range of projects. We’re excited to bring him a variety of new opportunities from across the company.”

“As a director, I believe in a team effort to bring a vision to life, whether it's my own vision or the clients,” Merck says.  “There are faces at RSA and Scott Free that I implicitly trust.  I love to challenge myself—to try new perspectives—because I simply love film and RSA is a place that I can do that.”

Joining RSA marks a return of sorts for Merck, who began his career in Hollywood with RSA co-founder Tony Scott. “I started as an intern in my senior year at Emerson College before jumping aboard full time on Enemy of the State,” Merck recalls.  “I learned more working for Tony than I ever did in four years of film school. Tony and I had a talk once and he said, ‘If you wanna’ be a director, you need to go work with a producer to learn structure and cost.  It will greatly help your storytelling.’ So I went for it.”

Merck went on to work as a producer at Propaganda Films and Hypnotic before segueing to directing full-time, first music videos, then commercials. His reel quickly grew strong, something he credits in part to taking Scott’s advice and knowing how to produce and direct in order to put every cent on the screen.

“I’ve always wanted to ‘come home’ to where it all started for me,” Merck adds.

Prior to joining RSA, Merck was represented for over a decade by @radical.media.

Dutch Courage! Up and Coming Creative Talent from Amsterdam
View all News 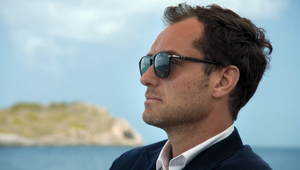 The Gentleman's Wager
View all Work