Tom Hamling, Creative Director, GSD&M, on the importance of being ready 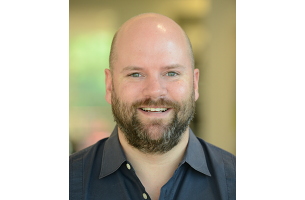 The Super Bowl is about manufacturing a moment in time. There is $4.5 million behind 30 seconds and 110 million people watching. When everything goes according to plan, the social sphere and every journalist covering the game will erupt in conversation. While it all may feel serendipitous, it takes a lot of thinking and planning to pull something of this magnitude off.

For the past two years, GSD&M has set up a war room during the Super Bowl to facilitate a coordinated effort between creative content, earned media, and paid social media. We’ve launched sweepstakes with unique content and prizes that resonate with different and niche audiences. These audiences, ranging from video game junkies to jewelry lovers, have only one trait in common: they are underserved during the Super Bowl experience. For example, to appeal to classic car enthusiasts, we gave away a classic Porsche and a leopard-printed El Camino. We developed very targeted messages and fueled the flames with paid social with the goal of getting different groups focused on the brand at the exact same time.

In 2014, we had 17 different ‘80s icons in our RadioShack commercial and gave away 22 prizes. Each prize had a dedicated PR push, unique media target, and tone. At one time we had four different national trending topics, and by the fourth quarter of an otherwise uneventful game, Advertising Age determined that “in a shocking upset, RadioShack won the Super Bowl”.

This year played out a little differently. Our Avocados from Mexico spot launched the Friday before the game. So it wasn’t a complete surprise, but it still generated a lot of chatter. People started conversations around the different animals, and other brands chimed in about where they would go in the draft. In the war room during the game, our niche prizes and messaging were just as successful in terms of engagement, even though the brand awareness beforehand was significantly lower than it had been with RadioShack. (It also doesn’t hurt that people really, really love avocados.)

The thing that makes the digital command center beneficial is that seconds after your spot runs, you know whether you are doing damage control or riding a wave of love. Fortunately for us, we saw a positive response two years in a row. The spots received favorable response from the public, the press and celeb Twitter-ers and our digital campaigns metrics all skyrocketed. Avocados from Mexico had a 3000% increase over the social buzz that the brand experiences on a typical day, and the brand ranked No. 2 on USA Today’s listing of the top Super Bowl digital experiences.

Of course, part of being prepared for the Super Bowl is having a contingency plan in place. Several creative teams and every key decision maker were in place in the war room, ready to respond to just about any situation. The good news is, when you’re prepared and your campaign is loved, those conversations are a lot more fun to have.

We’re ready to do it again next year. Who’s up?