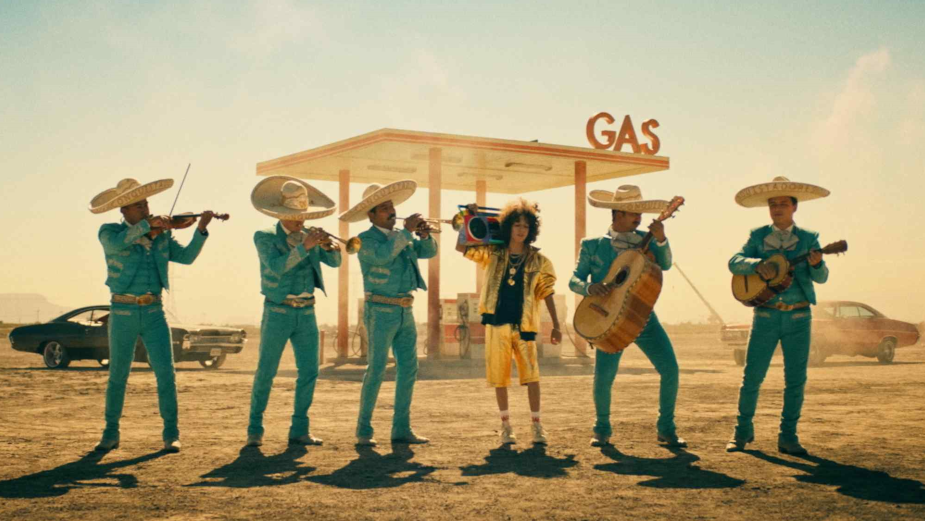 Mischa Rozema’s ‘BEATz Go Boom’ music video for the theme song featured in the battle royale game, Garena Free Fire, delivers an action packed narrative and explosive stunts. Viewers are transported into the lives of a squad of Free Fire teens across the world at the moment they transform into their ‘in game’ characters and fight off mean mercenaries while perfecting their dance moves.

From the master of ambitious mixed-media storytelling, responsible for the iconic Liberty Global, ‘A Report of Connected Events’, and Playstation Now’s ‘The Fall’, Mischa continues to tell big yet also tiny emotional stories presented in his signature cinematic experience. This four minute promo for Garena Free Fire is a perfect demonstration of his ability to pluck fantastical worlds and sketchbook ideas from his imagination and turn into reality; this time recreating New Delhi, a Brazilian rooftop and Tokyo sets in a Mexican shoot using local crew, ex-military stuntmen, real explosions and even a monster truck. The team captured the action sequences in-camera as much as possible, shooting live action motorbike chase sequences, which were then enhanced by the Post Panic team in Amsterdam.

In a considered move, Mischa purposefully emphasised the uplifting aspect of gaming and the value of connecting with friends globally. By making each of the characters superheroes, they’re able to combat both the many facets of the game and their real life insecurities.

The disruptive campaign released a new suite of skins for the game, Squad BEATz and invited players from around the world to embody the Free Fire characters; Alvaro, Notora, Shiro and Kapella. In addition to the launch of the music video online, the theme song, 'Se Joga no BOOM!' was released on all major streaming platforms along with a new set of choreographies across TikTok encouraging fans to dance together.

“There was a lot of creative freedom in this project. I kept coming up with ideas to add to the narrative and no one was telling me to stop. It created an environment where I could push ideas really far. Thanks to the talented team, and small miracles, we were able to shoot an epic film in Mexico in December, and deliver it at the beginning of February... It was a wild ride.” - Mischa Rozema, director, Nexus Studios