Are These Donald Trump's Sh*ttiest Supporters? 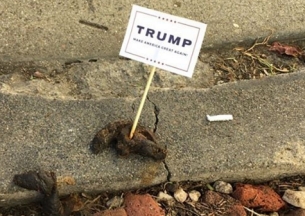 Advertising agency barrettSF has taken a grassroots approach to helping Donald Trump “fans” spread the love for the Republican presidential candidate during the primaries: pieces of crap.

Pieces of Sh*t For Trump (instagram @Shitfortrump), is an Instagram-based marketing campaign that plants campaign flags in piles of poop around cities and encourages voters to get their hands dirty, as well. The account is live today, just in time for the New Hampshire primary.

“We were concerned that Trump's bedrock support base—piles of excrement—wasn't getting the voice it deserved in this race,” said Phil Fattore, copywriter at barrettSF. “We've heard from bigots, delusional gun advocates, and xenophobes, but what about the umbrella group under which they all fall? Not a word, until today.”

barrettSF hopes the effort becomes a nationwide movement. On the website, ShitForTrump.com, fans can download tiny Trump campaign posters, affix a common household toothpick, and transform any piece of crap into a billboard that supports the controversial candidate, who intends to “make America great again” through such “winning” ideas as building a Canadian border and banning Muslims.

“From his political views to his personal beliefs, Donald Trump is a leader who not only understands the value of pieces of shit everywhere but who also has the force to push these same values forward in Washington,” the site declares. “A candidate who is truly for us because HE IS US.” 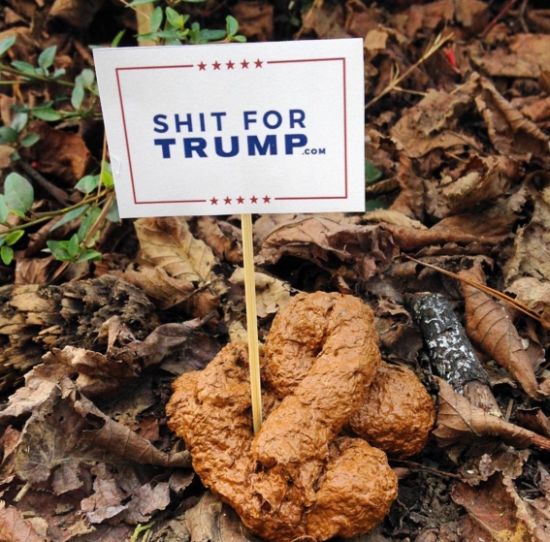