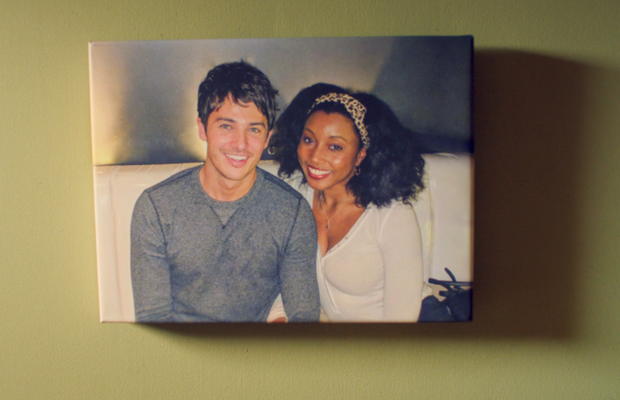 Zoopla, the UK’s most comprehensive property destination, is set to launch a major marketing campaign on Boxing Day. The campaign will unveil Zoopla’s new positioning - ‘We know what a home is really worth’ - and will target house hunters across TV, YouTube, VOD, OOH, display and social.

Zoopla’s new campaign is the first with its new creative agency Lucky Generals. There are two 30-second executions. Each shows slow-motion shots of people enjoying their new homes in different ways.

In 'Picture frame' the entire ad is accompanied by a mysterious banging and squeaking that might just sound like a bed being vigorously jumped on. As the camera pans through a half-unpacked flat, the banging gets louder as it focuses on a picture frame being rattled against a wall by banging from the bedroom on the other side. The narrator, Diane Morgan (star of BBC Two’s comedy Motherland), explains that for new owners Tia and Jake, it’s the first time they haven’t lived with Jake’s parents.

In 'Power Tools', dust floating through a soft-focus sunlit room creates a serene and beautiful scene, as a woman in a dust mask and goggles attacks a wall with a power sander. Morgan says: “What really sold it to her was the thrill of being free to do whatever she wants with the place”. The shot pulls back to show, what is these days known as a real fixer-upper, with bare plaster walls, dust sheets and no carpets, as Morgan dryly says “crikey, good luck with that, love”.

“Spending time with family and friends over the festive period often acts as the spark for people thinking about their next move on the housing ladder” said Richard Houston, Zoopla’s head of consumer marketing. “We anticipate a 60% rise in traffic in January compared to December and our new campaign, highlighting that ‘We know what a home is really worth’, is all about how Zoopla understands the emotional value of moving home is as important as the rational side.

“The new campaign builds off Zoopla’s strength in house price estimates but highlights people aren't just looking for a good price, they are looking for a place that means something to them. We are excited to see how people respond to the playful campaign and look forward to unveiling more creative, along with dedicated content on social media and our own channels, in the weeks to come.”

Kate Murphy, creative director at Lucky Generals, added: “We wanted to show that whilst the price and location of a home matter, we know that at the end of the day it's how it makes you feel when you find the home that is worth everything to you.”

The TV spots were directed by 32 and are produced by Pulse Films. They will premiere on Boxing Day and will run through January and February. Goodstuff Communications, Zoopla’s media and planning agency, have reframed the marketing strategy with the Zoopla marketing team, a huge step change from previous years, having partnered with Zoopla since 2016. Goodstuff was recently awarded the Grand Prix at both the Campaign Media Awards and Media Week Awards 2019, whilst also being shortlisted for Campaign Agency of the Decade.

Founded in 2007, Zoopla is a successful property marketplace offering services to renters, buyers, sellers and landlords across the UK. It’s website has around 55 million visits a month and 1.4 million unique users a month.

The company returned to private ownership in July 2018 after a purchase by a group led by global private equity firm Silver Lake Partners. Since the purchase a new leadership team has been implementing a focused strategy, investing substantially in talent, technology, marketing and sales to help Zoopla improve the service it offers consumers and meet its ambitious growth plans.