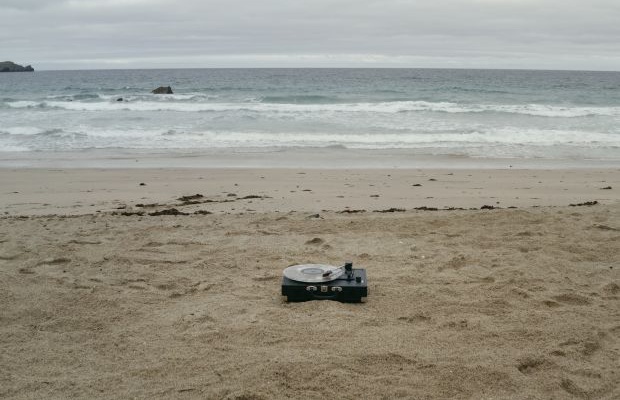 Ocean Vinyl is one of those ideas that’s so pure it can be explained in just a few words: the world’s first record pressed from recycled plastic.
But there are so many moving parts behind that sentence. There’s a lot to unpack. The records are made from plastic that was washed up on Cornish beaches. The track pressed on the records is ‘In the Anthropocene’ by Mercury Music Prize nominee Nick Mulvey. The client is Cornish beer brand Sharp’s Brewery. The proceeds from the track’s sales go to Surfers Against Sewage to help protect British coastlines from pollution, including plastic waste. And the campaign was devised by creative agency Havas London, in collaboration with fellow Vivendi company Universal Music Group. To promote the launch of the track, the agency has created a film exploring the making of the record while fellow Havas agency One Green Bean is handling a consumer PR campaign.
The hyper limited edition run of 10" records has already sold out, but LBB’s Alex Reeves caught up with the creative team at the eye of this storm, Owen Hunter Jenkins and Brodie King, to find out how it all came together.
LBB> This project is a collaboration between various bodies and companies - where did it begin?
Owen and Brodie> This is year two of our Keynvor Project. It originally began as a proactive idea we had for Sharp’s Brewery after learning of their passion for the Cornish coast. Last year, the idea was to sign the ocean to Universal Music, as a recording artist named  ‘Keynvor’ - the Cornish word for ocean. Every play of the debut single ‘Preservation’ earnt the ocean royalties, allowing it to protect itself, with 100% of proceeds going to Surfers Against Sewage, a charity working to protect the ocean.
So this year was really the difficult second album. With everyone back on board, we knew we wanted to do something new in the music space. Beyond that, we thought there could be something interesting in taking the discarded and turning it into something that is treasured - a vinyl record. We hoped it would help us raise more awareness of the issue and more funds for the ocean.
LBB> Are there any specific facts or developments in the knowledge on ocean plastic / the broader environmental conversation that make this the right time for this project?
Owen and Brodie> According to Surfers Against Sewage, approximately 8 million pieces of plastic enter the oceans every day. A plastic bottle can last 450 years in the ocean, ultimately breaking down into microscopic pieces but never completely going away. Sadly, most of these pieces end up in the guts of our marine life. 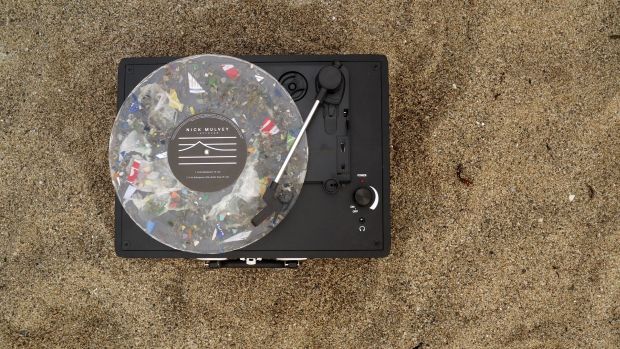 LBB> And what was the progress from that first thought to bringing in all of the elements to make it happen?
Owen and Brodie> The vinyl was first presented to Sharp’s like a, ‘wouldn’t it be cool if…’ rather than, ‘this can be done’ because we weren’t sure if it could. They were great at buying the idea in theory and letting us figure out if it was possible. Along with our CD Matt Swinburne, we called just about every niche vinyl presser in the UK and Europe, all of whom said it was too risky to use plastic on their machines. Things weren’t looking great until we got ahold of Wesley Wolfe from Tangible Formats in the USA. After so many nos he simply said ‘yeah sounds cool’ in true Californian style.
Alongside this search, the Universal crew brought Nick to us as this year’s collaborator with Keynvor. He’s a passionate environmentalist and didn’t just want to mix ocean sounds into a track. He wanted to create a rallying cry on behalf of it. In his words, he thinks humans should be the “mouthpiece for nature”. It was a perfect fit.
LBB> Why was this sustainability message such an important one for Sharp's?
Owen and Brodie> Sharp’s Brewery is based on the Cornish coastline. Most of the staff are surfers and locals, and all of their brews are inspired and named after the ocean. So it’s natural that they'd want to do everything to protect it. 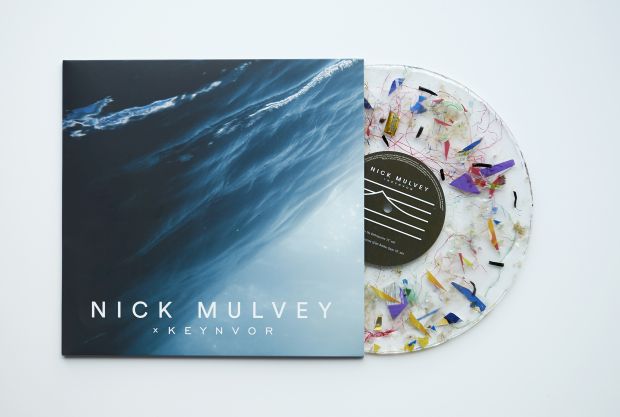 LBB> What was the key to making sure Sharp's, Havas, Universal, Nick, One Green Bean and Surfers Against Sewage were all on the same page?
Owen and Brodie> Many, many meetings.
With so many cogs turning at once, it did get a little unruly at times. Ultimately, everyone trusted each other to do their thing. Nick was best placed to write his anthem without the rounds of feedback that can come with a normal ad campaign. Wes was left to experiment with his newly created process. One Green Bean and Universal knew how to release this properly, so it could get the exposure it deserves. And Sharp’s instilled a real sense of belief that it could be done.
LBB> How did Havas' links to Universal through Vivendi play into making this happen?
Owen and Brodie> The original Keynvor project would never have happened without Universal. It was great to lean on experts to figure out how we could bring the idea to life, and the ocean to streaming platforms. And with a big part of revenue being royalties, it was amazing that they donated 100% of them to charity.
In year two, their access to important artists and knowledge of how to launch a record was invaluable when releasing our own.
LBB> What about production? What was the process of working out how you were going to make a record out of plastic waste?
Owen and Brodie> People are constantly finding innovative ways to upcycle plastic, but to create a record that could actually play music is a first in the record industry.
We collected plastic from various locations along the Cornish coast and passed it onto Wes, who processed it, ready to be made into the records. Every record is unique, with different pieces of plastic affecting the actual sound. And with different plastics having different melting points, this took many prototypes. And lots of patience.
LBB> Was it an aesthetic decision to show all the bits of rubbish making up the record? Are they encased in another layer or made from one bit of reformed plastic?
Owen and Brodie> To raise awareness, we were keen to make the record look like our oceans currently do. So we chose to make them clear and full of pieces of plastic, instead of grinding it down to make a solid colour.
The topside of the record is smooth with grooves on, yet we intentionally made the underside textured, with bits of plastic protruding - visually arresting, with a stark reminder of the plastic problem.
LBB> Where could this lead? Is there a future where all records are pressed from recycled plastic waste? And potentially loads of other things too!?
Owen and Brodie> We know we’re not the first to re-purpose plastic. First the art world did, then the brands followed.
Yet for the music industry, this really was proof of concept - that you can actually make a playable record from ocean plastic. With such a big name like Universal being the first to do this, we hope others will follow suit.
LBB> How do you hope people will react to the track? Obviously you hope people will listen to and buy it, but beyond that?
Owen and Brodie> Ultimately, the message of the song and campaign is: ‘We still have time to do something about this.’ It’s hopeful. People are marching at Extinction Rebellion chanting it and we love that this song can be a part of the conversation.
Beyond that, we’d love people to add it to their playlists. Put it on repeat. Make it your ringtone (is that still a thing?). In short - up those royalties for the Atlantic.