The Sustainability Channel 659 Add to collection 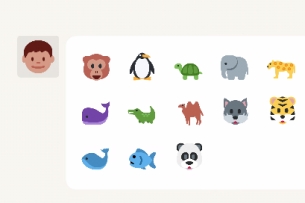 Today WWF launches its first ever emoji-based fundraising campaign to help support the organisation’s work to protect precious species and their habitats.

The launch of the campaign, which will be run on Twitter, comes just ahead of Endangered Species Day on Friday 15 May.

The idea behind the #EndangeredEmoji campaign, which launches a month after WWF Global Ambassador Andy Murray used emoji to celebrate his wedding, was sparked by the discovery that 17 characters in the emoji alphabet represent endangered species. Emoji are becoming more popular every day since they were integrated into Twitter in April 2014, and have been used over 202 million times on the social platform*. Now, WWF is seeking to translate the popularity of these characters into vital funds for its work. A

Rachel Bloodworth, Head of Engagement at WWF-UK said: “Innovation is at the heart of WWF’s work – we want to find new and exciting ways of engaging with people. By using one of the world’s biggest social platforms to highlight the need to protect endangered species, we’re hoping to raise vital funds for their conservation, as well as raising awareness globally.”

The campaign was developed with advertising agency Wieden+Kennedy London and technical partner Cohaesus.

Jason Scott and Joris Philippart, creative team at Wieden+Kennedy London comment, “When we came up with the idea of using the 17 endangered emoji animals to support WWF’s work to protect wildlife, we were very excited about putting the millions of monkeys, dolphins, pandas and other emoji creatures used every day towards a good cause. Hopefully, it will go some way to inspiring the next generation to get involved with the important work that WWF is doing.”.