Willie Nelson has Sustainability on his Mind for FedEx 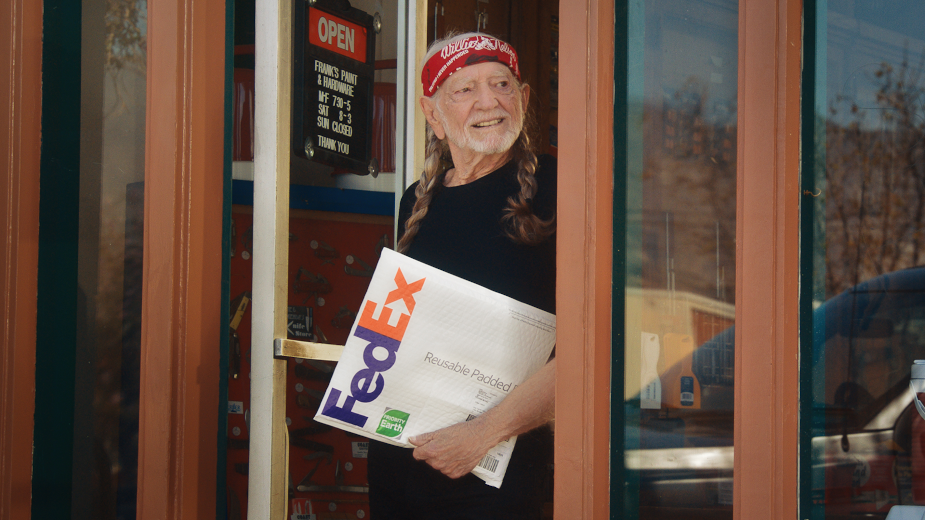 FedEx has always prioritised delivering for its customers. But there is another priority we all share: Earth. FedEx is doing its part to prioritise a more sustainable planet, with the goal to be carbon neutral by 2040—which the brand first publicised just last month.

A new spot features Willie Nelson’s iconic track, ‘Always On My Mind,’ with the star himself making a cameo at the end. The film, ‘Delivering For Earth’ depicts FedEx’s efforts for a more sustainable world by highlighting some of the tangible actions and innovations the brand has put in place to further its carbon neutrality goals. The work catches attention with its somewhat hyperbolic love story featuring real FedEx innovations as 'gifts' to the planet, including the increasing use of electric vehicles, reusable envelopes, and ‘Roxo’—the FedEx SameDay Delivery Bot, now in development.

The work launches on what happens to be Willie Nelson’s birthday— a gift from him and FedEx for your viewing pleasure!

Created with its longtime creative agency BBDO New York, the team seized the opportunity to harness Willie Nelson’s star power to support the brand’s mission. Nelson is well-known for his environmentalism, often hosting events to raise awareness about the importance of sustainability and having received awards for championing environmental causes.

The work is part of the new FedEx overarching brand positioning, ‘Where Now Meets Next,’ which debuted earlier this year.

Let Me Learn
View all Work