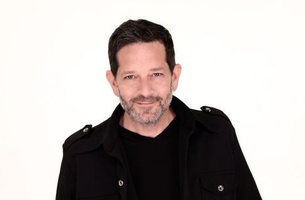 Every year I gather with my family to watch the Super Bowl. These are right-brained, advanced-degree engineers, math chairs, chemists, and the like. Watching the commercials with a group like this is a true reflection of how commercials hit in a real-world environment.

They don’t know why everyone keeps saying 'big game' and not Super Bowl. They have no idea how brands painfully decide each year when and where to pre-release. They are blissfully unaware of the thought that goes into hashtags, where to drive those eyeballs, and how to chase those real-time responses on Twitter (which are as elusive as spotting a unicorn).

Real people aren't ad people. And that’s why I like them.

Watching with ad people is a much different story. Everyone quiets down when the commercials come on, some even shush the crowd. Attentiveness is the buy-in for parties like this, and a focus is given to every crunch of a chip, every step of a Clydesdale, every flip of a grilled cheese. Ad people give themselves completely to those moments, to deconstruct it all through a marketer’s filter.

This is their day. Don’t mess with it.

But the rest of the world doesn’t think or act that way. It’s simply good or bad in their eyes. Most of the year they avoid the product we create, and that pushes us to create bigger, braver, funnier and more breakthrough work for our clients. But on this one day, when the ad world gets its 15 minutes (in reality, it’s more like 40 minutes, but I haven’t really checked) of fame, they are still not rarified moments. Even when budgets, star power and craft is at its peak, ads remain the de facto time to hit the bathroom or refill on guac.

For ad people, what is the measure of a Super Bowl success? Well, the USA Today Ad Meter is the most democratic, based on votes. But, it also requires people to vote on them all. And that is a bit of an ask for anyone who barely cares about ads. So the Ad Meter is probably more reflective of the marketing community talking to themselves, rather than a true indication of what the rest of the country likes. Watching with non-marketers is a much better meter for what the real world thinks.

As marketers, we tend to look at performance, and try to recreate into best practices. Often, those practices are self-sustaining and are the result of us being the focus group of what works. But real people don’t think like marketers. Our world is foreign. And we need to give them what is right for our brands, but also what they deserve. Low-hanging fruit like puppies and babies work in this setting but we must reach higher. But not so high that we take them out of the celebration, to make them reflect on their life or the lives of others outside this three-hour carbo-loaded escape from reality. We consider our real audience, on the one day of the year they are slightly more captive, so we can nail that deft touch with our work on Super Bowl Sunday and every day of the year.

So next year, skip your ad friend’s party and toss out the confirmation bias like you would with the leftover onion dip. You will find a focus group of real people is a much better indicator of success than ad people who will critique every spot while the actual game becomes texture.

Although this year, that may not have been a bad thing.

Honda Brings You Christmas All Wrapped Up in Latest Campaign

How RPA Is Putting the Hours In to Attract Student Talent