Joshua has produced work for clients such as Lyft, Tylenol, Facebook and Bai 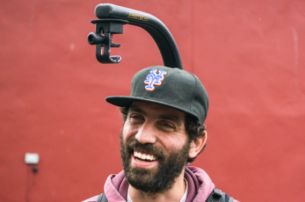 He has a unique eye for portraying multi-dimensional characters and narratives that can be seen in docu-style and narrative branded pieces for such top clients as Lyft, Tylenol, Facebook and Bai.

He recently directed the feature film Menashe, which was released theatrically by A24, received a 97% fresh on Rotten Tomatoes and was nominated for a Gotham Award for “Breakthrough Director,” alongside Jordan Peele and Greta Gerwig, and an Indie Spirit Award for “Best First Feature.”

Click HERE to view a selection of Joshua’s work.

“Washington Square Films is a staple of New York City and some of my favourite filmmakers have come through their doors,” notes Weinstein. “It’s an honour to work with a team that cares so much about cinema and storytellers.”

Adds Washington Square Films Managing Director/Director of Sales & Marketing Jonathan Schwartz, “We all loved Menashe. When we saw the short form work and found out he was a Mets fan we knew he had to be at Washington Square.” WSF President Josh Blum adds, “Joshua is a complete filmmaker. His work is funny, moving and unique. We are thrilled to have him at WSF."

A filmmaker inspired by the exploration of culture and people from all walks of life, Joshua has worked closely with celebrities like Ben Stiller to help tuberculosis victims in the slums of Delhi. His film projects have been shown at Sundance, Berlin and Camerimage and his advertising work has been nominated for a Cannes Lion. Pictures of the Year (POY) awarded Joshua’s work with the NY Times first place for “Multimedia Project of the Year.” He is a graduate of Boston University’s College of Communication Film department, an alumnus of the CPB/PBS Producers Academy at WGBH, an IFP Filmmaker Labs fellow, and a two-time recipient of the NEA-funded Southern Circuits Arts Tour.

Born and raised in NYC, Joshua spent his heydays playing bass in the hardcore band Trophy Scars, a legacy that will live on through the dozens of tattoos on his dedicated fans.