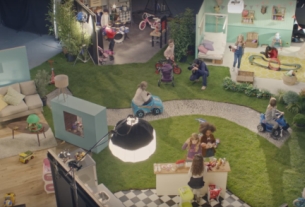 What worldview are we giving to our children? This is the question that food retailer Système U has tasked itself with answering over the 2015 Christmas period.

Children are constantly exposed to preconceived ideas, whether at school, on TV or even in toy catalogs. Système U is one of the first retailers to offer a theme-based toy catalog that is gender-neutral. This year, the group has decided to take a stand, because being a major retailer in France today means being a social stakeholder, in touch with the French people.

Few French brands dare display their social commitment and even fewer dare to do so through film. But, in a video to be shown on TV and online from December 20, 2015, Système U reveals that there are no such things as girls' toys and boys' toys but just toys.

Produced by the agency TBWA\Paris, this film will be backed by a bi-media approach: on TV with a one-minute commercial and online with a dedicated media & social media campaign.