Chris is the editor of acclaimed music videos for the likes of Rag’n’Bone Man, Take That and Mumford & Sons 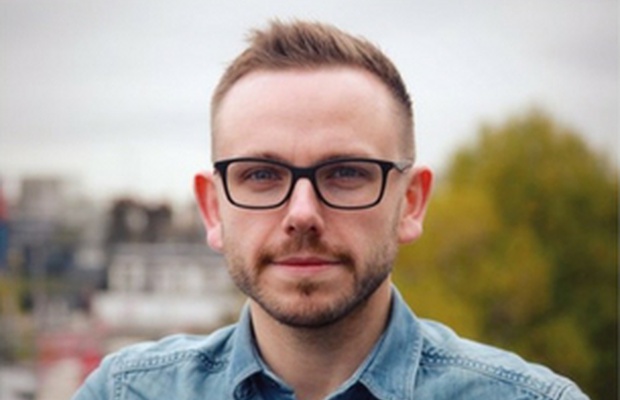 Chris Roebuck, one of London's top music video editors, has joined edit house tenthree.
With over eight years experience in the industry, Roebuck is the editor of acclaimed music videos for the likes of Rag’n’Bone Man, Take That and Mumford & Sons, and was nominated at this year's UKMVAs for his work on Elton John's Benny And The Jets.
He built up his reputation cutting low budget music videos, forming relationships with young directors such as Emile Rafael, Greg Davenport and Laurie Lynch. Joining Cut+Run in 2013, his talent and enthusiasm  quickly led to his progress to higher profile videos directed by some of London’s top directing talent.
Now working across a wide range of commercials for clients including Lynx, Lexus and du Telecom (for which he was awarded a Dubai Lynx for best editing), he has begun at London-based tenthree by also editing new videos for Niall Horan, MØ and Migos featuring Cardi B & Nicky Minaj.
“I’m absolutely thrilled to be joining the guys at tenthree," says Roebuck. "I’ve been a big fan of their work for a long time and from the moment I first walked in, I knew I’d found my new home. There is a real creative buzz about the place and that’s really exciting to be a part of.”
Tenthree managing director Ed Hoadley adds: “We’re delighted to say Chris has joined us. He’s unbelievably talented and one of the nicest blokes you could ever meet. His credentials speak for themselves having just been nominated for best editing at UKVMAS. But he also has the respect of his peers because every time I’ve mentioned to someone that he’s joined us it’s met with a response of, 'great move he’s awesome'. We have a talented and award winning family of editors at tenthree and the signing of Chris and Joce Hockings last year only serves to strengthen a roster that we’re extremely proud of. Ultimately we strive to work with the most creative but also the nicest people possible and Chris certainly fits that bill.