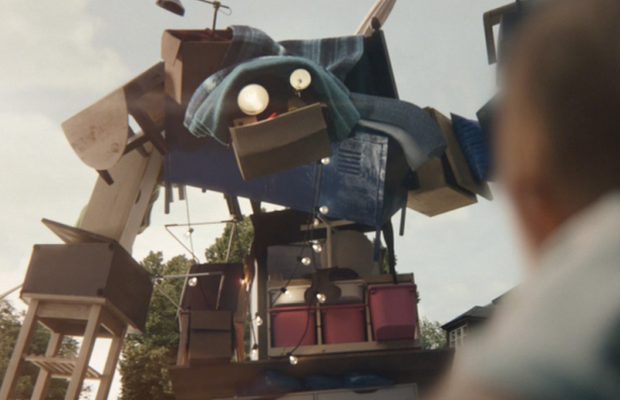 IKEA Canada continues to reveal its approach to a more sustainable retail future. In their latest campaign, IKEA shows the beautiful possibilities of re-using our old furniture.

The inspiration for IKEA Canada’s latest campaign came from their research into life at home. Every year, IKEA conducts hundreds of interviews to get insight into what life at home looks like, and they heard that people were overwhelmed by the things they accumulate and are looking for ways to de-clutter.

But getting rid of stuff we no longer want can have unintended environmental consequences. As the most wasteful country in the world per capita, Canada has a long way to go when it comes to letting go responsibly.

“We need to find alternatives for a circular system,” says Anna Granath, product developer at IKEA of Sweden, referring to the concept where waste is given new life. "Not only is it a model for a greener and healthier planet, it’s also a mind-set. And IKEA is embracing it."

In their new campaign, IKEA sets out to show that there are more responsible ways to get rid of things that no longer spark joy. Much of that wasted furniture could be refreshed, refurbished, or in the case of IKEA, re-sold through their sell-back program that allows you to bring back gently used IKEA furniture in exchange for store credit.

The hero ad for the campaign, 'Stuff Monster', shows us that letting go of our used furniture in a responsible way isn’t just good for the planet, it’s good for us too. The monster in the ad is a metaphor for the belongings we accumulate that weigh us down. The ad follows the monster, which is literally made up of old IKEA furniture, as it gives away pieces of itself to be reused. When the monster sees its belongings being given new life it becomes lighter and happier, ultimately revealing the human behind the monster as she sets out the last of her furniture with a ‘free’ sign.

IKEA’s ambition is to enable people to live a better everyday life within the limits of the planet. To do this, they are transforming into a fully circular business by 2030. This shift is impacting IKEA in many ways: from how they develop products, source materials, and even their supply chain through to how and where they meet their customers.

The campaign includes TV, OOH, will be running from today, September 19th until the end of October.