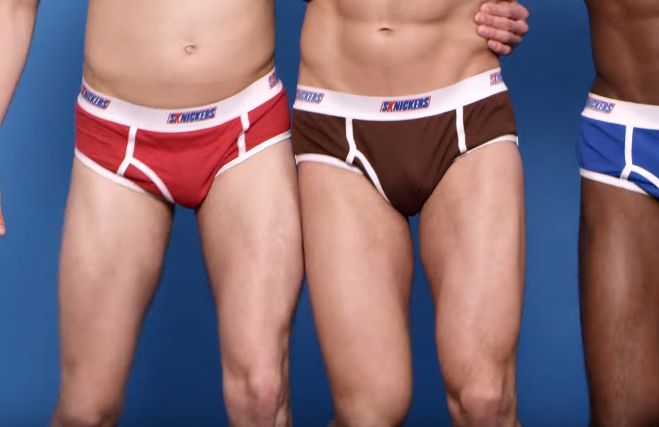 SNICKERS has revealed their launch of “Sknickers” - a new line of men’s underwear – was an April Fool’s Day prank.

In a seemingly serious stunt, SNICKERS announced the “industry-leading product innovation” was the “answer to men’s wellness trends”. The “Sknickers” underwear range would supposedly “hit stores in the coming months” and “offer wearers a more substantial hold”.

Today, SNICKERS revealed that “You’re easily fooled when you’re hungry” – but reassured viewers that the launch promo by Rankin will be supported by a donation to male cancer charity, Orchid, from the launch of the spoof to the end of Orchid’s Male Cancer Awareness Week (3rd – 9th April).  Share the SNICKERS Sknickers posts on social media until Sunday 9th April and SNICKERS will donate £1 for every share to Orchid on your behalf.

Christoph Weber, SNICKERS UK Brand Director, said, “It’s true that no one knows nuts like SNICKERS®, and that’s why we’re proud to be supporting Orchid for Male Cancer Awareness Week. SNICKERS wanted to have some fun this April Fool’s Day, and this digital campaign plays a trick that people can be gullible when they’re hungry. This idea came from the main theme of our “You’re Not You When You’re Hungry” campaign, in that a SNICKERS chocolate bar can get you back on your game.”

Rebecca Porta, CEO of Orchid, said: “Every year over 50,000 men in the UK will be diagnosed with testicular, prostate and penile cancer – which is why Orchid’s Male Cancer Awareness Week is so critical. We’re very grateful for the support from SNICKERS in raising vital funds which will enable us to continue to fight male cancer and make a difference to the thousands of men and their families who are affected by male cancer every year.”