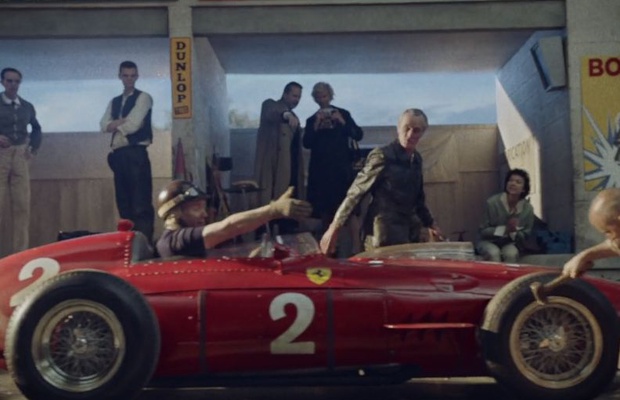 Sky Creative Agency, Sky’s in-house advertising agency and the UK’s largest in-house creative shop, has worked in partnership with Sky Sports to develop all of the creative for Sky Sports forthcoming, exclusive live broadcasting of the 2019 Formula 1 season. As well as creating the full start-of-season campaign, SCA has overseen all of the design elements around Sky Sports coverage including a brand-new title sequence, interactive touch screen broadcast podiums, a brand new 'F1 Zone' and interview platform that will be located around the paddock, branding for all the commentary positions, all the infographic design systems and new 3D hero images of all the drivers to name a few. Virgin Radio ran a preview of the advert on its website on Friday, 22nd March and there was an exclusive first TV broadcast of the ad on Sky Sports’ during the Carabao Cup final coverage with the full campaign going live from March 2nd 2019.

The 2019 F1 season marks a fresh, new beginning for Sky Sport’s coverage of Formula 1. In 2012 Sky Sports rewrote the rulebook by launching its own dedicated F1 channel, taking viewers further into the pit lane than ever before, and it’s been evolving ever since. Fast forward to 2019 and Sky Sports is about to redefine F1 coverage again with 20 out of the 21 races being exclusively live broadcast and the biggest line up of on-screen talent, including three former World Champions in the form of Jenson Button, Nico Rosberg and Damon Hill. Ahead of this crucial season, Sky Creative Agency has produced a campaign that celebrates both F1’s rich heritage and its exciting future. The pinnacle of this is the TV ad that travels through time via a single camera move and witnesses carefully selected key chapters of F1’s history, building to the latest chapter, Sky Sport’s new, live and exclusive coverage of Formula 1.

Sky Sports’ head of brand marketing Robbie Balfour commented: “SCA has really impressed in what is a huge year for the brand.  To mark Sky Sports becoming the home of live and exclusive F1, we set out to deliver a campaign that both celebrates the sport’s history, and reflects our excitement for its future, and the result is fantastic.  Working in close collaboration with the entire Sky Sports business, SCA has helped craft a campaign which really does justice to our brand and this great sport.”

Overseen by Sky Creative Agency’s ECD for design Ceri Sampson, the SCA Design team has been responsible for developing a wealth of design elements for the overall broadcast output.  The brief included the creation of a brand new title sequence that sets the tone for a thrilling season of F1 coverage. Drawing on the huge breadth of talent within the agency, SCA has designed an exclusive new 'F1 Zone' that will be located around the paddock along with an interview platform that will allow Sky Sports to get closer to the action than ever before. The SCA team has also shot 3D hero images of every single driver to help bring Sky Sports inimitable live broadcasts to life for viewers at home.

Throughout the process, Sky Creative Agency has completely owned the strategy behind the brand identity. From mic cubes through to house style graphics and studio presentations the Sky Sports Design team has entirely led the creative direction. The content output also doesn’t stop with the F1 coverage. All opportunities to cross promote have been factored into the strategy including F1 skins for the hugely successful augmented reality outside broadcast studio that SCA created for the Premier League.

Reflecting on the brief, Sky Creative Agency’s executive creative director: design, Ceri Sampson commented: “I couldn’t be prouder of the work that Sky Sports Design team has delivered to realise the brief from Sky Sports. It was a massive brief and being the exclusive live broadcaster for the first time meant we had to make sure the brand design strategy was on point and the team more than delivered.”

“2019 is a big year for the agency as it is the first time we’ve been responsible for all of the major content campaigns across the broadcast portfolio. We’ve always had an extremely close relationship with Sky Sports and it’s been brilliant to extend the relationship with the F1 team in this exciting new TV era for the sport. The whole agency has done an exceptional job,” added Sky Creative Agency managing director Simon Buglione.