Rita Ora is 'Unstoppable' in The Upside's Campaign for adidas Originals

Live experience to be launched in Fouberts Place on 4th September 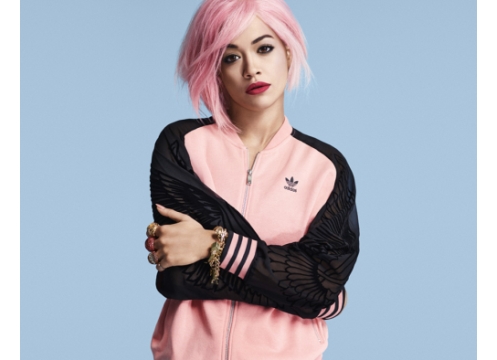 adidas Originals have collaborated on a new collection with Rita Ora, one of the brightest stars on the international scene. To celebrate and promote this exciting new partnership, adidas Originals has launched “Unstoppable” a socially-focused campaign that puts the fans centre stage.

Created by The Upside, ‘Unstoppable’ taps into the unique attitude of Rita Ora, her role as an uplifting and motivating force to young women, and adidas Originals’ ambition to unleash creative potential. Unstoppable affirms this by having a community and social media led push with lookbook featuring real fans at the heart.

To establish the Unstoppable anthem and launch this dynamic initiative, a short animation was released, narrated by Rita Ora that celebrates living in the moment, saying goodbye to barriers and obstacles, and becoming #unstoppable. The film was launched amongst the adidas Originals and Rita Ora communities.

The second phase of the campaign is the Unstoppable lookbook, which showcases the A/W 14 collection. A collaboration between Rita, her fanbase and the Originals community, the lookbook is not only a stunning display for the collection, it will also invite young women around the world to join in, share their unstoppable spirit and have the chance to model the collection before it’s released to the rest of the world!

Working with five emerging fashion illustrators, chosen winners selected from social media will be illustrated alongside Rita Ora, and featured in the collection, providing a seamless path to purchase between social and ecommerce on the lookbook.

The #unstoppable program will drive awareness and engagement around the five separate ‘packs’ that make up the collection. Items include footwear, apparel, outerwear and accessories.

To continue the conversation across the pack launches, a range of social content and live experiences are all scheduled over the coming weeks. The first being a live launch at the new adidas Originals store on Fouberts Place, London on Thursday 4th September.

adidas Originals appointed The Upside in April 2014 to develop its collaboration with Rita Ora, the digital and social strategy to underpin growth with new audiences and channels.

Niku Banaie, Founding Partner at The Upside London added: “Rita Ora Unstoppable is a really exciting collaboration that’s taking engagement with fans and communities to another level and making them an integral part of this campaign.  It’s what we’re about at The Upside and it’s a pleasure to work with brands like Adidas who are constantly looking to the future.”