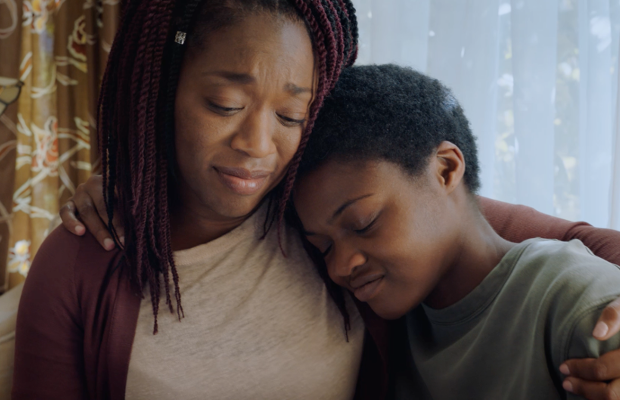 National Coming Out Day is October 11th, and because coming out is still a big deal for the LGBTQ+ community, the Los Angeles LGBT Center https://lalgbtcenter.org/ has created a powerful video that highlights how family acceptance is critical to the mental health and well-being of LGBTQ youth.
The video, created by agency RPA and directed by Station Film’s Lena Beug, uses a heart-wrenching cover of a renowned artist’s famous track, ‘What’s Love Got to Do With It?’ performed by Rose Cousins (the use of which was donated by the publishers). The video puts parents at the centre of the conversation around coming out and tells the story of teens who aren’t afforded the luxury of “stereotypical” teenage heartbreak – heartbreak at the hands of an unrequited teenage crush or being left out of the “cool kid” club at school.
LGBTQ+ teens can experience an altogether different kind of heartbreak – that of their parents’ disappointment and rejection at their coming out. The story then fast-forwards to the future, and we see the after-effect of parents who have learned ways to support, and simply love, their teen through the coming-out process.
The video will live on the Los Angeles LGBT Center’s social channels and through donated media will be promoted on Twitter and shared by Team Liquid, and will air in select theatres throughout Los Angeles as well as on various TV and digital placements (all donated by Hulu, National CineMedia, Spectrum, Twitch, Twitter and Tubi). Additionally, the Los Angeles LGBT Center will post behind-the-scenes videos featuring cast members’ coming-out stories.

Honda Brings You Christmas All Wrapped Up in Latest Campaign

How RPA Is Putting the Hours In to Attract Student Talent

Safety Affects Everyone in New Honda Brand Campaign by RPA