New Crop of Talent at RTO+P 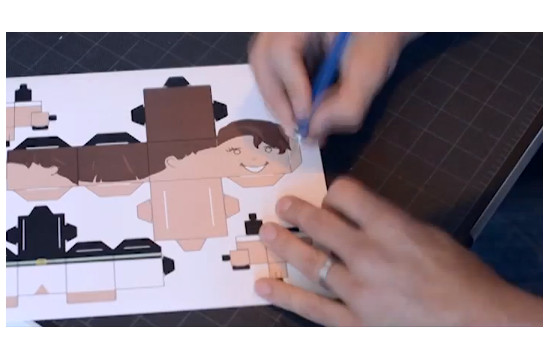 - Catherine Claire, Senior Account Manager
Claire joins RTO+P as Senior Account Manager. Claire comes to the agency from [Wire] Stone, where she held the position of Strategy Planner and Account Manager. Commenting on her new role, Claire said, “I felt immediately at home when I saw the animal heads on the wall. The opportunity to work with Under Armour on meaningful campaigns, like ‘What’s Beautiful,’ sealed the deal.”

- Alyssa Donigan, Account Manager
Donigan joins RTO+P from Havas Worldwide, where she was an Assistant Account Executive. In this new role, Donigan will work with clients like Century 21, SEPTA, Reyka Vodka and Gardein, among others. Donigan said, “I wanted to work at RTO+P because of all the amazing work that comes out of this agency. The opportunity to challenge myself and learn more about the industry by working on various accounts excites me.”

- Kristen McManus, Copywriter
McManus joins RTO+P as Copywriter, having recently worked in a similar role at Weber Shandwick. Prior to that, McManus was an Associate Copywriter at Digitas. “I noticed the awesome, fun and creative work coming out of the agency,” said McManus. “Those things combined led me to believe it was a natural fit.”

- Rohan Woodward, Graphic Designer
Woodward, formally of The Dresscode Initiative, joins RTO+P as Graphic Designer. “I heard about RTO+P while working in Australia. When I walked into the agency, I immediately knew this is where I wanted to be,” said Woodward.

- Hannah Dillon, Interactive Designer
Dillon joins RTO+P as Interactive Designer from Mess Chicago, where she worked in a similar role.  Commenting on her new role, Dillon said, “The work coming out of this agency really drew me here.” Dillon added, “I truly identified with their voice and close connection with Philly.”

A Young Boy Helps a Grumbling Troll Bring His Home to Life with IKEA
Jamie Foxx, Vanessa Hudgens and More Feature in Star-Studded Campaign for BetMGM
Behind the Work: Aunt Helga’s ‘I Own This’ Attitude Brings IONOS to the UK
McCann Worldgroup Announces Leadership Changes