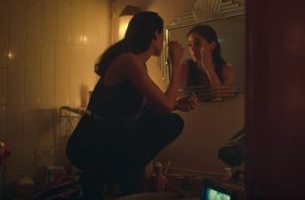 Budweiser Experiences has announced the launch of its first ever TVC in India ‘Let Your Sound be Seen’. Budweiser Experiences believes in unlocking freedom for fans through music and this year the brand took a step further in shaping the electronic music culture in the country.

This TVC marks the third milestone in the brand’s larger-than-life music campaign. Budweiser Experiences kick-started its 2017 music campaign by activating Halloween across India, a one of a kind experiential urging consumers to come forth and 'Join the Fearless'. This was followed by launching BUDx, India’s first electronic music lab in New Delhi where electronic music creators, curators and consumers gathered for three days of workshops, masterclasses, panels and events done in collaboration with Boiler Room.

The film is a testament to the young and bold, those who live by their own beat and aren't afraid to show it to the world. It's about a young woman who is free to live life on her own terms. Music is her expression for freedom and uses that expression for amping up the energy around her.

Commenting on the campaign, Kartikeya Sharma, Marketing Director, ABInBev, India, said: “2017 has been a fantastic year for Budweiser Experiences, as we brought to life never-seen before music and cultural experiences like Halloween and BUDx in India. Our first Made-in-India TVC captures how music provides real freedom to today’s millennials and inspires them to live life on their own terms. Budweiser Experiences will continue its agenda of effective storytelling and impactful story-doing in the coming year as well.”

Talking about their inspiration behind the campaign, Jonathan George, Creative Director, Wieden and Kennedy, Delhi said: "Our task was to make an international brand feel approachable to the Indian millennial via the passion point of music – so we showed a house party that makes you wish you were there, combining a modern vibe with the spontaneity of the Indian scene. We wanted to give a message that through music, anyone and everyone can show their true selves. Getting the music right was equally crucial, and Jungle’s ‘Busy Earnin’ gave us the perfect texture of old-school synth and energetic dance music.”

Budweiser Experience’s multi touch-point music campaign has been rolled out across all platforms of media like print, electronic, outdoor and digital medium.