Kazakhstani Bank Creates Perfume and Dispenses it on Scented Banknotes 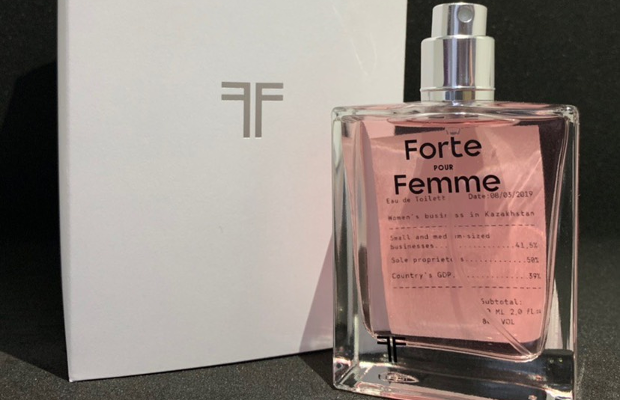 Discussing women’s rights is deemed inappropriate in Kazakhstani society, as is a woman expressing a desire to study or work. Yet, nearly 9 million Kazakhstani women account for 40% of the country’s GDP. 43% of all Kazakhstan’s small and medium sized businesses are operated by women and 52% of the country’s sole proprietors are female.
ForteBank is addressing this paradox by producing FORTE FEMME perfume. In an attention-grabbing campaign devised by Voskhod and Kombinat, the bank distributed the fragrance to prominent female entrepreneurs throughout the country, encouraging them to daub their cash with it. And now the scented banknotes in circulation are being dispensed at ATMs across the nation. 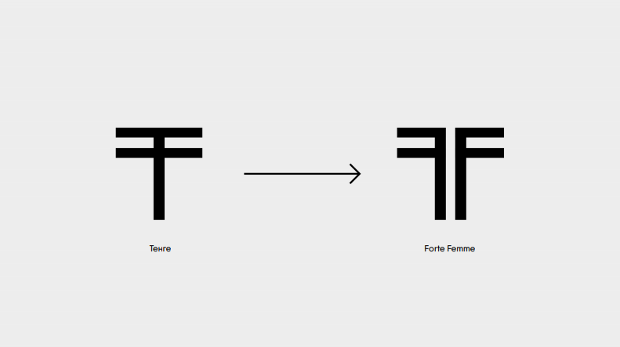 Kazakhstan's national currency is Tenge. FORTE FEMME incorporates the symbol into its logo.
Anton Kim, head of marketing at ForteBank says: "Kazakhstan is a region where women are traditionally expected to play the archetypal role of stay at home mothers, yet they contribute a huge amount to our country’s GDP. We wanted to address this imbalance and champion the role of women in our economy. Encouraging the distribution of scented banknotes will raise awareness of this issue and demonstrate how important women are to our economic development.”
As well as gifting perfume sets to female entrepreneurs and pink cash register tape to help support the campaign, a TV commercial is being broadcast. The advert begins like a classic perfume promotion before revealing a bank is behind the scent. Well known female entrepreneurs discuss how important women are to Kazakhstan's economy. 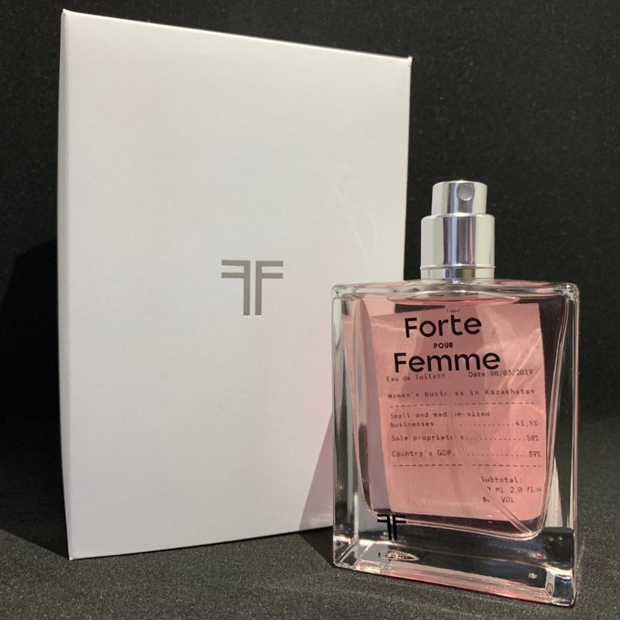