I Am Ocean: My Straight8 Shootout Experience

INFLUENCER: Indigo Production director Andrei Jewell takes us behind the scenes on his powerfully poignant short 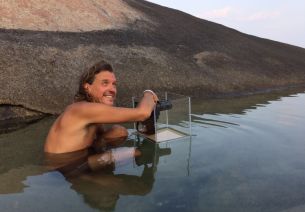 Shooting a Super 8mm film for Straight8 Shootout is both fun and nerve wracking.

It of course starts with an idea - something that one feels can work for both the medium and a subject that can be, if anything, enhanced by the format.

I took up the invitation to write and direct the Shootout to give a platform to ocean plastics. A dire situation that threatens to suffocate the ocean’s ability to create half of all oxygen production on our fragile planet. 8 million tons of plastic gets dumped in the oceans every year. Seven massive gyres the size of small countries swirl around endlessly, eventually breaking down into tiny micro particles, which in turn are ingested by the ocean’s inhabitants entering into our food chain.

To portray this and create a deeper empathy to this menacing threat to all life, I chose a poetic and human approach to attempt to narrate a film that avoided the usual and overwhelming facts and figures. Most environmental films - while fascinating - are also in this day and age often too much of an informational overload.

Armed with a roll of Super 8mm film and a vintage Agfa Super 8 camera I hit my local beach with three friends and a loose idea of what I wanted to do. Miles [Johnson], Indigo’s MD, flew in from Bangkok to my island hideaway in the gulf of Thailand. Indigo associate and also my line producer Yulia [Sidorova] had called in one of her friends Julia [Krasnenko], to act as the key talent for a piece of prose I had written called ‘I Am Ocean’. My editor and tech advisor Ross [Copeland] had thoroughly checked over the camera and we were ready to roll at dawn on day one. 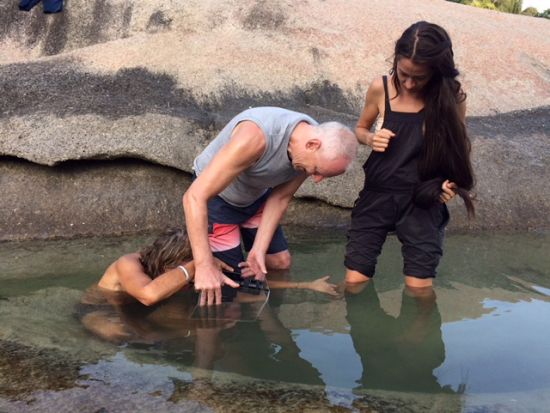 Armed with a clipboard, Yulia’s main job was to log the takes – each one being a 'one shot deal’. It was a bit like playing Russian roulette in the hope that every time the trigger was pulled it would end up okay. We dutifully did the first three seconds with the ID number and moved onto the title as the waves washed over our writing in the sand. I wanted to flag what the film was about up front so had the idea (tongue in cheek) to literally do that by making a flag out of plastic lighting gel for take three.

So far, so good. But then disaster strikes. As we were resetting, a freak wave crashed right by where the camera was resting and a tiny splash landed on it. Luckily it still worked - but only just. The trigger didn’t function at all and neither did the 24fps setting. The only way to get the camera to turn over was the on-off switch and only then with it set to 54 fps. So boot strapping we forged on in high-speed mode. This meant that the number of shots I had roughly calculated had to be reduced by more than half. Luckily I enjoy shooting slow-mo and it actually fitted the script better giving it dreamy feel. A woman by the sea listening to the voice of the ocean…or perhaps she was the ocean personified. 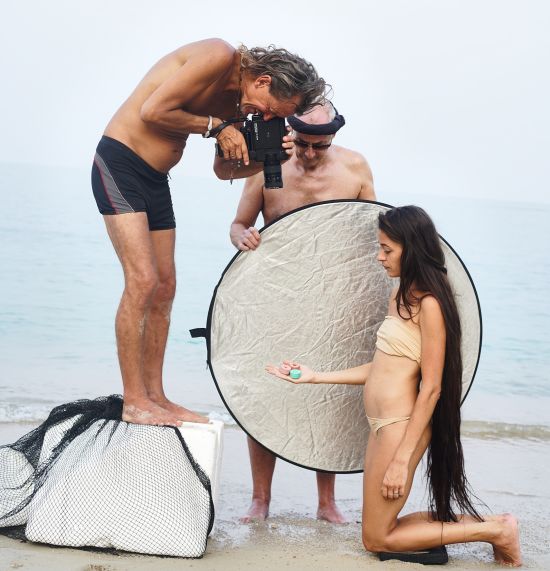 The voice of the ocean was recorded in London with my talented friend and poet Natasha Moskovici. Luckily Shaka [Indigo's Head of Sales and Marketing] managed to drum up a timely favour from Toby Jarvis of A-Mnemonic Music who recorded Natasha as the voice of Ocean and then ended up producing the soundtrack for us. Everything came together surprisingly well.

I like the ambiguity and poetry of Super 8. It's perfect for dealing with this kind of imperfection. Julia was a dream to shoot: with her hair, more than one metre in length, it somehow blended with the seaweed on the rocks. The next shots were bursts of only two to three seconds at best. It still felt surreal to do one take for such a short time and then move onto the next shot. However by about the 6th or 7th set up I was starting to feel a bit more comfortable remembering the days when I used to shoot solely on film and on very tight budgets. 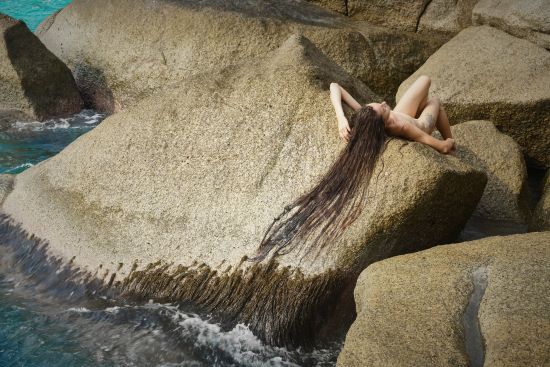 Day 2 and 3 shooting settled down to an easy rhythm as the team enjoyed the sunny isolated location. I managed to find a location full of ocean plastic; post monsoon the mostly uninhabited beach was full of rubbish that in a more frequented location would be swept away every morning. Here, not so much. The plastics we found were swept ashore from all over the Gulf area, not just Thailand itself. Plastic with English as well as Vietnamese writing – This really is a global problem that knows no borders and where isolated tropical beaches are no longer virgin. 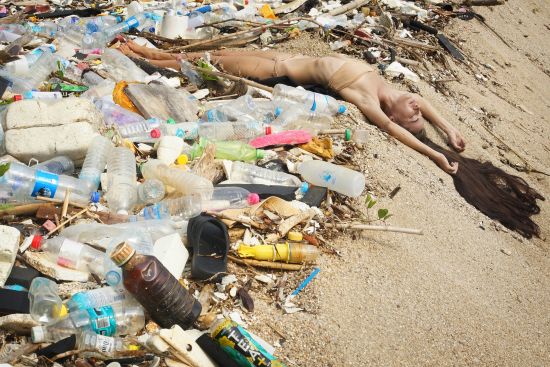 Having worked on environmental projects for over 30 years as well as advertising commercials for nearly as long, my hope in screening this short film to an advertising industry audience will make people more aware of where the products we use and endorse by our work often end up: in the ocean.

It’s a dire problem that is mounting daily as there truly is no 'away', and it's something we need to become aware of and act on quickly. Our oceans deserve no less than our best efforts to Arrest the problem by choosing alternative products and packaging, Intercept the plastics going into the oceans and Redesign thoroughly our use of plastics. (A.I.R. - the film’s message.) It’s a resource we can use in other ways and there are many initiatives to redesign with materials other than petroleum-based plastics. The plastic in the oceans already are a resource that needs to be harvested - albeit quickly - and used in other ways if we are going to save our oceans from further decline and ultimate collapse. I hope the advertising industry can take note and use this situation for advantage to clients and consumers alike. We have the talent, we just need to use it appropriately for the times and challenges we are in right now. 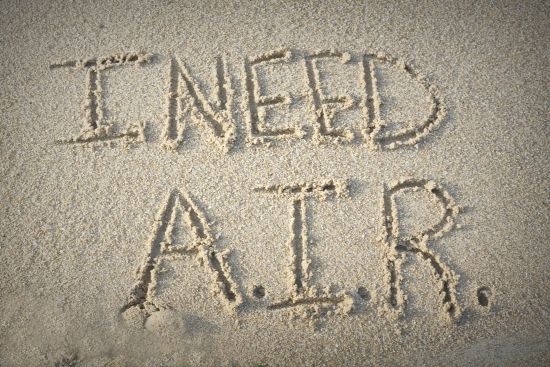 Shooting a Straight 8 film in the end was a joy and privilege and as part of that process we gathered a dozen friends and did a beach clean up at the shoot location the following weekend. Making a film and doing a community project for the ocean was a creative process and something as a filmmaker I would love others to experience. We just need to be motivated  - it can be fun and feels great when you do. It’s that simple.