How Work-Life Balance is Being Reformed at Publicis One Japan

Long hours and overwork have long been an issue within Japan’s ad industry – Publicis One’s local MD Floriane Tripolino has set out to change things at her agency, writes LBB's Laura Swinton 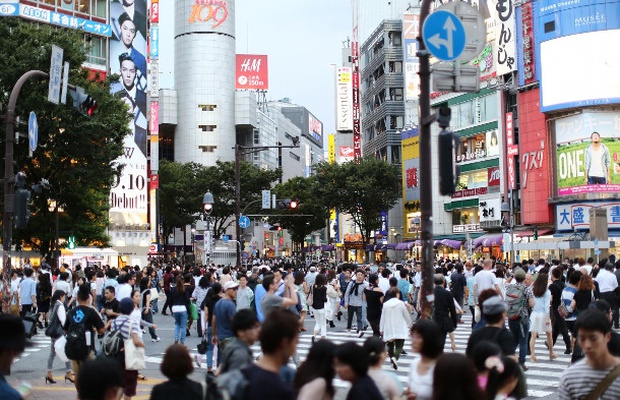 “I am always convinced that if you have a balance of work and life you are probably a better advertiser. That’s my firm conviction.” Floriane Tripolino is on a mission to cut down overtime and improve the work-life balance at her agency.
What makes this particularly interesting is that this agency is in Japan, where long hours and overwork have long been a feature of the ad industry. The problem is so severe that in 2015 it reached a tragic crunch point when Matsuri Takahashi, a young employee at Dentsu, committed suicide. Her death was ruled to be karoshi – death from overwork – and the agency was charged last year.
But while the question of overtime is very much on the agenda across the industry, for Floriane, who has been the managing director at Publicis One Japan since January 2017, she believes that improving working conditions and culture will help retain female talent, attract young talent and improve the creative output.
However she says that the process is a gradual one. “I’m not sure I have all the answers, that would be very pretentious. I’m learning because the culture here is very specific,” she says.
A suite of measures has been implemented at the agency. The first has been to create barriers to overtime – workers must ask their line manager in advance for permission to work past 7pm. However, anyone who wants to work late more than four nights in a month must speak to Floriane herself. But, says Floriane, that’s just a starting point.
“It’s very much to constrain the overtime but the reality is that I don’t think it works very much because peer pressure is too great. You know it’s easier to ask for permission to work late than to leave the team while the team is still there,” she explains.
Social expectations do not, after all, disappear overnight. So Floriane makes sure to lead by example. “I’m trying to tighten up the work-life balance for myself and I know if people see me leave the office not too late... the importance of the role model in Japan is very crucial. If you are seen to leave the agency then people will feel a bit less guilty.”
The really major measure has been to implement a summer hours programme. From July to September staff are encouraged to leave at 3pm on a Friday. The genius of the scheme is twofold – as everyone leaves early, nobody feels like they’re breaking peer group expectations by leaving. And, secondly, giving people the chance to experience the joy of a free summer afternoon and a slightly longer weekend helps them buy into the positive aspects of a better work-life balance.
“In Japan, it gets dark at 6 o’clock even in the summer, they don’t have these really long evenings that you can enjoy, like in Europe where you can sit out until 9 or 10 because of the light. People are used to the fact that you leave the agency at 7 or 8 or 9 and it’s dark, so to give them the possibility to get out of the agency at 3 so they can still enjoy the light is something very precious,” says Floriane. “Because they’ve enjoyed that and the pure joy of starting your weekend a bit earlier and having this relaxed time with friends and family there is then the incentive to go earlier.”
The scheme has been possible thanks to support from clients. Indeed, it’s often client expectations and demands that drive the long-hour culture in agencies.
And it seems that these various measures – along with a beefed up work from home scheme – have been helping. Overtime hours are down and, says Floriane, what’s particularly heartening are the emails she gets from employees.
That’s not to say that overtime has been eradicated completely. What Floriane hopes to do is to improve working conditions in a way that meshes with Japanese culture. As a French woman, she comes from a culture that appreciates joie de vivre, but she’s aware that the Gallic approach can’t simply be transplanted to Japan. “There is such attention to detail and I love that because Japan is the realm of aestheticism. Everything is beautiful, everything is very well crafted but unfortunately time is the price of the dedication of the people who are doing it. We need to keep that in mind very much and to give them some tools to be more efficient but without killing that pride of doing things in the right way.”
Things are, however, starting to change. Young people are more likely to consider things like working conditions and happiness more than older generations. And that makes agencies like Publicis One – that are taking the topic seriously – a lot more competitive when it comes to attracting talent. And that is great news from a business perspective. With unemployment in the country at its lowest for two decades – Japan is tied with Iceland in having the lowest unemployment rate of the 35 OECD countries – there are more vacancies in agencies than people to fill them. In a country that traditionally operated on a company-for-life basis, there are job offers flying around and lots of competitive poaching. So that means agencies that can offer the most appealing setup can attract and retain the best talent.
And what’s more, this momentum towards achieving a better balance is just one part of a whole raft of changes that are assailing the Japanese advertising industry. “The challenge in Japan is that this industry, like everywhere else in the world, is undergoing a transformation. But unlike other countries – and this isn’t just my opinion, it’s the opinion of my peers – this transformation is happening overnight,” says Floriane.