How DOT Inc’s Technology is Opening Books for the Blind 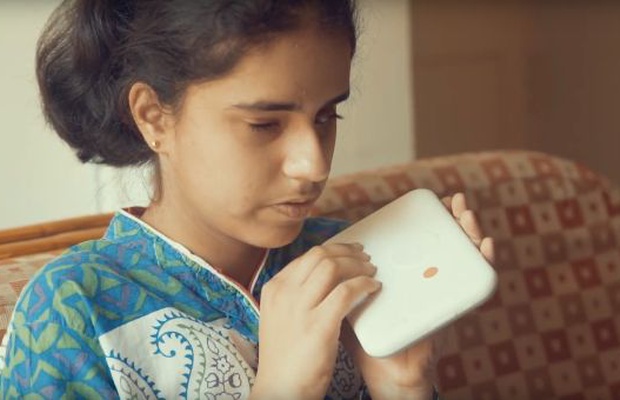 At the 65th Cannes Lions International Festival of Creativity, DOT Mini won a Gold Lion in Health & Wellness Tech, whilst the technical competence and progress powering the DOT Watch (developed last year), DOT Mini and upcoming DOT products won a Gold in Innovation for technological development. It was a key component of the broader trend of tech helping to improve people’s lives this year.
DOT Mini is the world’s first smart media device for blind and visually impaired people. In a border-straddling collaboration, Serviceplan Korea and Serviceplan Innovation are incubating the DOT brand and DOT Mini’s concept and overall marketing consulting, in partnership with DOT Inc and Seoul-based design firm cloudandco.
To find out more about the project that promises to vastly improve people’s access to knowledge and creative works, LBB’s Alex Reeves caught up with Alexander Schill, global chief creative officer at Serviceplan Group and Lorenz Langgartner, creative innovation director at Serviceplan Germany.
LBB> How did the idea for DOT Mini start? Was it straight after you created the watch?
Alexander> Working together with DOT Inc, the plan was from the beginning, even before the Watch was launched, to extend the product line gradually and use each new product to continuously improve the core technology, from DOT Watch with four Braille cells, to DOT Mini with 16 Cells, and ultimately the upcoming DOT Pad with over 100 Cells.
The idea of DOT generally was never simply creating a watch. The basic idea is to change the life of millions of visually impaired people through an unbelievably innovative technology. The watch is one vehicle to do so. The DOT Mini is another one. And there are more to come.
LBB> What problems did you decide it was most important to solve for visually impaired people and why?
Lorenz> DOT Mini is built to deal with the many difficulties around content for visually impaired people. Primarily the fact that only 3% of all content is available in Braille, which also negatively influences the Braille literacy rate, despite the fact that the ability to read Braille increases chance of higher education and employment by nine times. Imagine being able to read only one in every 33 texts - books, articles, websites – that you encounter every day. This is the situation we are solving with DOT Mini.
LBB> What were the biggest hurdles to overcome in the journey of developing it?
Lorenz> On the hardware side, considerable time was spent to improve durability, which is harder when you have a mechanical display than just a digital screen. On the software side, developing and improving the DOT Translation Engine is naturally an ongoing challenge. 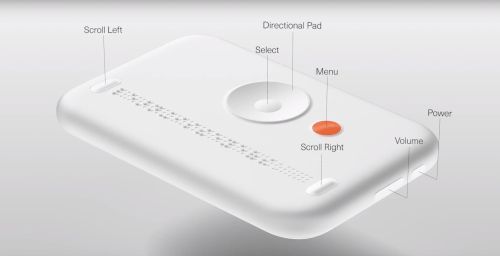 LBB> In a nutshell, how does the AI / machine learning that underpins DOT work?
Lorenz> Similarly to how existing translation engines like Google Translate or DeepL Translator are built, rather than – and, respectively, in addition to - setting up rules, the DOT Translation Engine analyses huge amounts of text and existing translations to develop its own ‘AI’ understanding of context-based translation.  This results in the ability to translate independently from Latin and other alphabets to Braille.
LBB> How has the visually impaired community responded?
Lorenz> Extremely well. For them, and their friends and families, DOT Mini is a quantum leap in accessing and consuming content and media. They can’t wait to use it on a daily basis.
LBB> What are the plans for rolling it out?
Alexander> According to the ‘reverse innovation’ principle, [https://en.wikipedia.org/wiki/Reverse_innovation] DOT Mini is first gradually being rolled out in Kenya, India and South Korea, together with Korean development agency KOICA and the Bill and Melinda Gates Foundation, before the global launch in late 2018/19.
LBB> What have been the biggest lessons from this project for Serviceplan?
Lorenz> It’s impossible to ‘think like a visually impaired person’ – you just cannot imagine their situation. That doesn’t mean that they need to be pitied, rather it takes time, conversations and listening to understand their needs. Also, don’t underestimate them. Many of the visually impaired people we talk to are exceptionally fascinating, extremely ambitious and positive characters.

50th Anniversary Design of the Serviceplan Group Is Revealed