How DDB and Tokyo Dry Revived a Kiwi Classic

‘Slice of Heaven’ is an unofficial anthem in New Zealand and a recent campaign gave it a Tokyo twist, finds LBB’s Laura Swinton 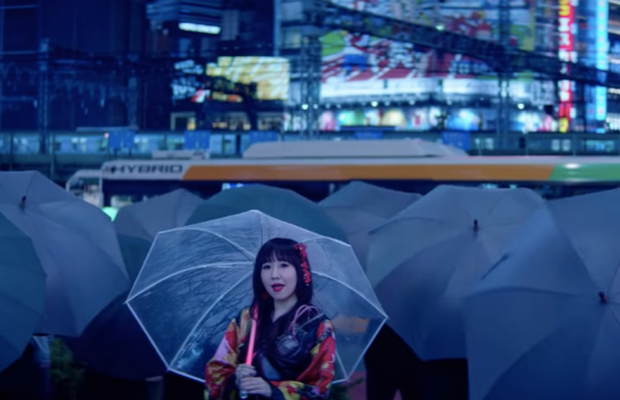 “Every small country has that one song. Scotland’s got the Proclaimers… so there was a fair risk. It’s like handing the Proclaimers over to the Belgians and hoping they’d do something good with it.”
DDB New Zealand CCO Damon Stapleton is providing some context for his agency’s most recent campaign for lager Tokyo Dry. In It, the song ‘Slice of Heaven’ by Dave Dobbyn is given a Japan-inspired makeover – and for non-Kiwi’s that song is a big deal. A very big deal.
“The song is part of the local cannon, like the All Blacks, it is something we’ve all grown up with and heard a lot without realising,” chimes in director Joel Kefali of Goodoil Films, who shot the campaign. He describes it as an unofficial national anthem. “It is just part of the NZ psyche.”
The spot is the second for Tokyo Dry and has been created to reflect the coming together of Japanese brewing techniques and New Zealand ingredients. And the song was the first – and only – choice to reflect the Kiwi side of the collaboration. It’s the key from which the rest of the spot springs.
“That was always the song. There isn’t another song like it,” says Damon. “We did a lot of work on the song before we shot – once we had the rights to it and all of that we spent a lot of time figuring out how we would get Japanese musicians on board. The music is normally something that happens right at the end of the ad.”
Cam Ballantyne at Beatworms was brought in to develop the cover of the song. For that, he spent an extensive time in Japan, researching current music trends and working with local musicians across the spectrum from the traditional to the  cutting edge. He developed demo after demo as he worked to get the sound just right.
That careful consideration was reflected in the visuals too. While it’s certainly a heightened and archly-art directed depiction of Japan, it was important to the team that it was authentic too.
“The danger is always if you go to another culture that you’ll get it wrong . But what we tried to reflect is what we found in Tokyo and what we found there,” says Damon.
According to Joel, the characters and cast were all driven by the song itself. “A large part of the talent are the musicians and singers that appear on the track. The idea, in its simplest form, is the feeling of a night out in Tokyo, shifting through environments and coming across these different characters that are adding their personal aesthetic and style to the song. The music, in some ways, suggested who should be on screen and it was then about finding a place for them that felt true to them. Tokyo also has so much amazing texture and contrast. It is incredibly colourful but also a very quiet and still city. I wanted the film to celebrate that without feeling like we were being tourists.”
The production took place in Tokyo – so it was no facsimile. The team was in town for ten days of preparation and a tight three day shoot, that took them from old film sets to karaoke bars, eerie subterranean locations and capsule hotels.
Joel, who has shot promos for the likes of Tame Impala and Lorde, approached the film as a music video rather than a straight commercial. “To the agency and clients credit, they trusted me and my team to go for it and they let us do our thing throughout  the production process and edit. It was a great collaboration and one I would be keen to repeat,” says Joel.
The resulting film is striking, threaded through with dizzying contrast and sharp flashes of red. Joel describes it as ‘ a dreamy walk through Tokyo, but still grounded in reality’.
It represents, for Damon, the power of local culture and texture. It’s a campaign that has been built to resonate deeply with its Kiwi audience. Whether or not it works for international advertising juries is a secondary concern; it’s not for them.
“There are different ways of connecting. Yes, you can connect globally, but you can also connect locally. I think sometimes you can make the argument that award shows are skewed to the bigger markets,” says Damon. “Over time it creates a certain kind of campaign that people think they need to do to be successful. It becomes a blueprint. If you watch these case studies there’s a consistent way of talking about campaigns. But the converse, where you connect with people about stuff they care about and are interested in, can be just as effective.”
And it seems to be working. The spot has had the blessing of Dave Dobbyn himself. As a musician and a lover of music, seeing his iconic hit take on a new life and be reinterpreted has struck a chord – just check out the video of him watching the spot for the first time.
On the weekend of the spots launch, the song was played on repeat on local radio and the team is toying with ideas around what else to do with it. Damon says that there might be a vinyl release and it sounds like he’s only half joking. Whatever happens next, this cultural touchpoint has had a new lease of life.