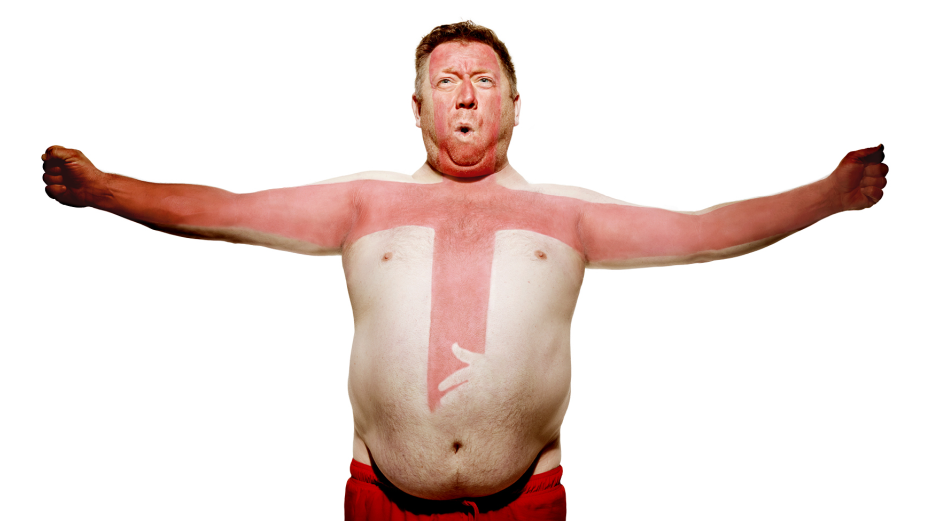 Creative agency Havas London and skin protection brand LifeJacket and the charity Melanoma UK have partnered on a new campaign that aims to drive awareness of skyrocketing skin cancer rates in men. Fan Paint launches ahead of the football World Cup in Qatar – which will see thousands of England fans heading to a country renowned for its high temperature and strong sunlight intensity.

Melanoma rates - in men in particular - have increased by a staggering 50% over the past decade – with men now almost twice as likely as women to die of skin cancer. Despite that, men remain stubbornly resistant to putting on sun protection – with just one in five using sunscreen regularly.  Alarmingly people attending this World Cup are 3x more likely to get skin cancer than those attending during the 1994 and 1998 World Cups.

To counter this entrenched behaviour, this new campaign aims to raise awareness of the dangers posed by unprotected exposure to the sun and tout a simple solution: sunscreen. It targets both those fans heading to Qatar – the first time a World Cup has been moved to winter because of the heat – and sports fans more generally. 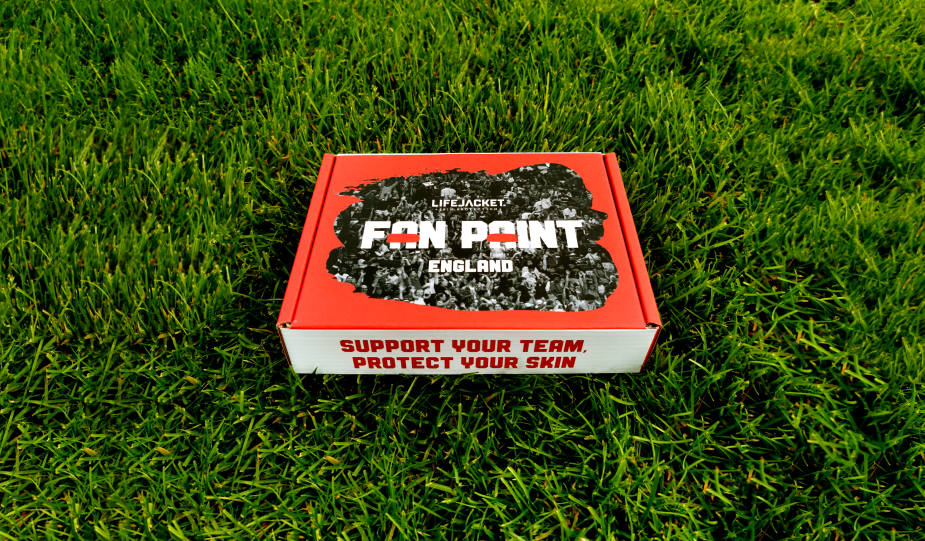 At its heart is a tongue-in-cheek homage to Nike’s iconic 2006 billboard depicting a shirtless Wayne Rooney daubed in the red and white of the St. George’s Cross. In this new execution, Rooney is replaced by a decidedly less athletic everyman, while the red paint has been replaced by the angry, unmistakable red of sunburn (complete with handprint across his stomach) as he grimaces in pain. It includes the line ‘SPF. Just Apply It.’ and will appear on out-of-home sites in and around Heathrow Airport as fans journey to the Middle East.

Havas and LifeJacket have also devised a new sunscreen/face paint hybrid called Fan Paint, which taps into the time-honoured tradition of fans painting their faces in their team’s colours. Fan Paint has been distributed to England supporters’ groups travelling to Qatar over the weekend, ahead of the tournament.

For those not attending in person, a pop-up activation at PUMA’s London Carnaby Street will allow fans to support their team while simultaneously getting educated on skin protection.

The product has been trialled throughout the summer at sporting events including the Women’s Euros, Premier League football fixtures, England cricket test series and the Commonwealth Games. It also comes months after Premier League Champions, Manchester City controversially banned fans from taking sunscreen into its Etihad Stadium – despite temperatures reaching 31C (89F) on the day. The decision was branded ‘disappointing’ and ‘very worrying’ by Melanoma UK.

To launch the campaign, Havas and LifeJacket have signed former England football Paul Merson, who had skin cancer in 2012, to help raise awareness. Additionally, LifeJacket is giving away 15,000 travel sachets of its sunscreens for FREE by inviting people traveling to Qatar to reach out over social.

Gillian Nuttall, CEO of Melanoma UK, adds: “Not only is skin cancer on the rise for men, but it’s more common in men. Our skin is our largest organ, we must never allow it to burn – and yet most cases of skin cancer are caused by overexposure to UV rays from the sun. It’s imperative that we all start to take skin health seriously – so we welcome any attempt to get more men protecting themselves, particularly as temperatures get hotter.”

Paul Merson says: “I think Fan Paint is amazing. People will paint their faces then they go to Qatar. And it will be hot. Like no other World Cup in my opinion. It's protection that's so important. This is cancer that is preventable. Until I had it, I never really understood skin cancer.”

Billy Boulos, co-founder at LifeJacket Skin Protection says: “Skin cancer is relatively controllable versus many other cancers, and there are things that can be done to avoid it. It’s just that men don’t – with women three times more likely to use sunscreen. Our mission at LifeJacket is to change attitudes and behaviour towards everyday skin protection and ultimately, stop the increase in skin cancer."

Elliot Harris, creative partner at Havas London says: “When it comes to their team, men are hopelessly, if endearingly, loyal. When it comes to sun protection, men are stubborn – or at the very least, uneducated. With Fan Paint, we tap into one trait to help affect the other, piggybacking on existing fan behaviour to raise awareness, change attitudes, and save lives. It’s a beautifully simple creative solution to a real-world problem – or, in other words, what we’re best at.”

Fan Paint was conceived by Havas in collaboration with LifeJacket – which engineers a range of year-round, high-performance skin protection products. The campaign is supported by Cake, Havas’ specialist sport, entertainment and culture creative agency.