Future of Production: Sam Walker on Finding Creative Clarity in the Calmness 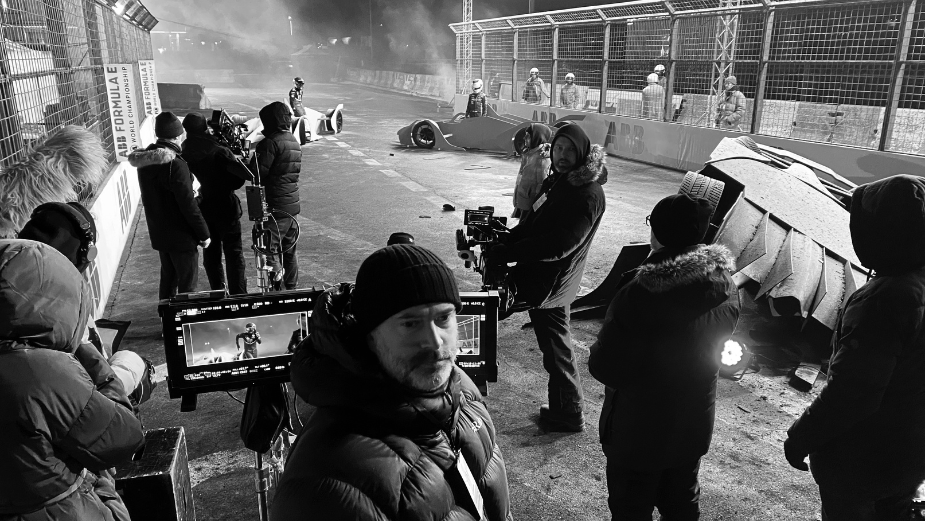 Pulse Films predicts that the changes the industry is going through now will define the future of production, a thought that's the driving force behind this exclusive interview series on Little Black Book. Covering four key themes, this series will investigate how the pandemic has affected production and the shape of things to come.
This next instalment sees one of Pulse Films’ very own directors, Sam Walker, address how covid has affected his filmmaking experiences of the last few years and how the industry continues to change, for the better.
Despite the pandemic, Sam has been as busy as ever, directing a number of powerful projects across a range of creative briefs. Perhaps best known for Our Stories, a first-of-its-kind two minute spot which celebrated the UK’s public service broadcasters, demonstrated Sam’s ability to craft films that channel a cinematic spectrum of emotion. His 2020 spot for On the Beach, featuring the unmistakable Iggy Pop, was an optimistic ode to the promise of a post-pandemic world and his recent collaboration with Oscar Hudson for B&Q is a dizzying triumph that marries ambitious set-design and compelling storytelling.
Off the back of directing Formula E’s high-octane “No Turning Back” spot, Sam recently also hosted the first private screening of his debut short, TEA, a film that confronts the mounting racial tension that divides Britain. LBB’s April Summers hears why filmmaking suits his personality and how covid has made him value precious in-person interactions on set.

LBB> What lasting impact has the experience of the pandemic had on how you approach your craft?

Sam Walker> Clearly the pandemic has been a terrible thing for a lot of people but unbelievably I do think some good has come of it.
I work from home much more now than I ever thought I would. When I’m writing - for advertising, music videos or for screenplays - I find being able to get up early and work in my office at home is incredibly productive. For better or for worse I’ve discovered that my most productive time of day is very early in the morning, before the world has woken up. There is a clarity that comes from the calmness.
Shooting remotely is possible, but with particularly complex or intense shoots nothing will ever replace actually being there on set. The magical on-set collaboration between director, DoP, producer, art department and the rest of the crew is a precious thing that can’t be taken for granted.
The same is true of editing, post, grading and sound. They are all possible remotely but the chemistry of in-person interaction, two people in a room collaborating, is something that is incredibly precious.

LBB> What aspect of filmmaking do you think has changed the most and will continue to change?

Sam> I think filmmaking is becoming increasingly democratised with easier access to good quality cameras. There’s still some way to go to catch up with the highest-level professional cameras but the mid-range cameras are gaining ground every year. It’s amazing what can be achieved with relatively inexpensive cameras and professional lenses.
Having said that, I still place an enormous amount of faith in the expertise of those around me. Technology is one thing but the knowledge and experience of brilliant DoPs like Alex Barber or Stuart Bentley cannot be underestimated.
The same is true of editing and even special effects and CGI: they are much more available to all than they used to be when I first started. However, the likes of Neill Blomkamp and Gareth Edwards have proved beyond all doubt that if you have the talent, and most importantly, the belief and the energy, anything is possible.

LBB> In what ways have new technologies affected or enhanced your role? Which technology or software has made the most impact?

Sam> When I first started everything was shot on film so the advent of cameras like Alexa and Red have completely transformed the way things are shot. Iconic directors like Frank Budgen and Tony Kaye used to shoot thousands of feet of film, which was integral to their excellence, but now digital has made this approach far more available to everybody, no matter the budget.
Digital really suits my style of filmmaking. I like to give myself options in the edit. As Robert Bresson said, “A film is made three times, once at script, once while shooting, and again in the edit.” The more footage you have, the more freedom you have to craft what’s in your head. I used to paint at school and I was great at the initial sketch, could power through the middle section, but the closer I got to the ‘finished’ painting the more tense I’d become, worried about messing up what I’d already created. For me, this is one of the reasons filmmaking suits my personality and style of creativity. It’s a gift to be able to try something, make a mistake, go back, and keep redoing it until it gets to where it needs to be.

LBB> The “No Turning Back” spot you directed for Formula E and Uncommon was a very ambitious, action-packed project which incorporates a lot of impressive CGI. What was the production like?

Sam> The production itself was incredibly ambitious right from the word go. My producers were telling me we didn’t have enough time to shoot everything I’d boarded – and they were probably right. There weren’t any easy scenes, everything involved some kind of stunt: smashing through windows, rearing horses, precise fight choreography and large-scale race track set design. The only reason we pulled it off was thanks to our exceptional crew who were thoroughly prepared and highly motivated. Everyone was excited by what we were doing and that goes a long way on set. If you don’t have more time or more money, being more prepared makes the time you do have go a lot further.
We had an incredible crew in Kyiv through Pulse and Radioaktiv, and honestly we couldn’t have pulled off what we did without their professionalism, preparation and commitment to the job. We shot not long before the war started and not a day goes by without me thinking about the amazing people we met and what they must be going through every day. It’s a genuinely horrific situation and it puts everything we do into perspective.

LBB> Thinking back, is there one piece of work from your career that you're most proud of or is particularly memorable, and why?

Sam> I’m proud of ‘Someday’ for On the Beach. It’s an honour to have made a film that summed up how a lot of people were feeling during the pandemic. That film came out right in the middle of covid and we wanted to give hope when there wasn’t much around. The virus has been a great leveller, affecting all kinds of people from all kinds of backgrounds. I tried to make a film that everybody could relate to. No matter who you are, just to know there is hope, and at some point, someday, this will all be over, is a powerful thing. Plus, when Iggy Pop speaks everyone listens.

LBB> How has the pandemic affected the demand for different production / directing skills, from yourself as a director, but also from what you've seen from the producers you work with?

Sam> Things are relatively back to normal now compared to where they were. I remember shooting the ‘Our Stories’ film for the public service broadcasters (BBC, ITV, Channel 4 & Channel 5) right at the start of the pandemic, when no one knew how to approach it or what to expect. There were no vaccines at that time and we were in the first proper lockdown. We had to devise a shoot where the DoP (Jaime Feliu-Torres) was literally wearing a hazmat suit and mask, and was the ONLY person allowed on set at any one time. This meant he was the DoP, the lighting, the focus puller and everything else too. The cast all had to be from the same family which meant they were allowed in the same room together. It’s crazy to think back to those times but it’s amazing to think about how the industry has adapted and kept going. I just really hope those days are behind us now.

LBB> What is the craziest challenge you’ve come across during a production? How did you overcome it?

Sam> The B&Q film - ‘Flip’ I just made with Oscar Hudson features a life-sized house turning over and we literally built the full-size set for real. It was as big as a double-sided house, weighed 24 tons, and was six storeys high at its tallest point. We had the help of a highly experienced team but, frankly, I think we all underestimated how challenging it was going to be.
Not only did it not fit inside a conventional studio, the giant set was also so finely balanced that only six people could stand on it at any one time. When dealing with something that big and that dangerous you develop a new found respect for gravity.
Another of the craziest shoots I’ve directed was a road trip for Lastminute.com. We were trying to recreate the feeling of those crazy stories you remember from holidays gone by, but the budget was challenging for what we were trying to do. We’d boarded two official shoot days that the client attended then decided to cut the crew right down to me, Danny Cohen my DoP, my second DoP, my producer, and creative director, and we just set about creating and shooting our own real life road trip. It’s hard to believe when you watch the film but we didn’t use any stock footage at all. There’s a pig in a lift, woks on fire, wheel-spinning cars, a pod of fifteen whales who turned up unplanned one day, and a couple of great white sharks that I shot myself with an underwater camera. It was a bold approach for the client to buy but credit to them for trusting in the process.

LBB> Finally, can you tell us one thing you believe there is certain to be more of in the future of production?

Sam> There will never be enough time. 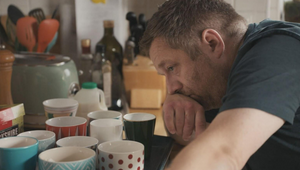