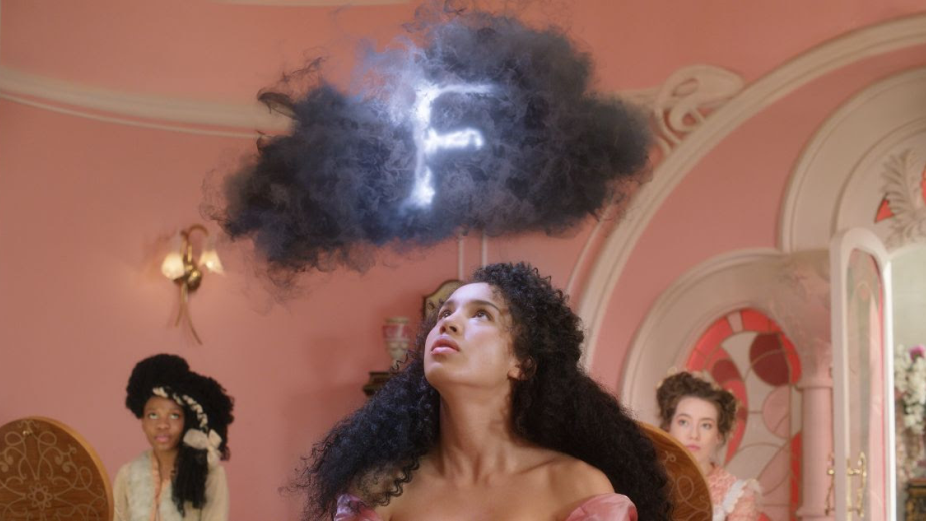 Framestore has worked with Netflix on The School for Good and Evil, directed by Paul Feig. The Oscar-winning creative studio was the film’s lead VFX collaborator, delivering 263 shots from its studios in London, Montreal and Mumbai, while previs, techvis and postvis were provided by Framestore Pre-production Services (FPS). The work was led by VFX Supervisor and Academy-Award nominee Jonathan Fawkner (London) and VFX supervisor Ben Magana (Montreal).

Based on the first book of Soman Chainani’s fantasy hexology, The School for Good and Evil tells the story of two young girls who find themselves swept away from their ordinary lives and taken to the titular school, which raises the heroes and villains of tomorrow. Divided into two campuses, one for good and one for evil, Agatha and Sophie must discover why they have been chosen for their particular school, and find out how to get home.

The film was an end-to-end project for Framestore, from pre-production to final shot. “FPS [Framestore pre-production services] were crucial for us in figuring out how the visual effects were going to work, and the best ways to bring the various magical creatures in the film to life,” explains Fawkner. “We used FarSight Go, Framestore's on-set visualisation tool, which allowed the Director and DoP to preview a live composite of CG set extensions, objects, characters and animations within their physical set.” As well as establishing the camera position, the cutting-edge technology meant that the production team could line up and pinpoint the location of each school within the physical sets.

As well as cutting-edge tools, FPS smoothed the workflow for the teams globally, contributing to a visualisation process unique to Framestore. “​​In the relatively short time we were in Postvis we were able to quickly integrate with Max Solomon and the animation teams across London and Montreal. The ability to interchange character rigs and animation between Postvis and film, being able to monitor look dev, as well as having the option to step up from vis to film assets, is an amazing position to be in,” explains postvis supervisor Jon Allen. “All this makes it possible for a Postvis team to effectively drop into a well established production and get up to speed really quickly.”

The schools sit in a picturesque valley, with a lake running through its centre. The School for Good, a fairytale palace made of stone, is raised into the mountainside, whereas the School for Evil sits directly on the water, shrouded in mist. The environment is entirely CG, which allowed the team full creative freedom when building the fantasy world and designing the schools to represent their chosen disciplines.

“Our first introduction to this setting is when Agatha and Sophie arrive, in the claws of a skeletal bird known as a Stymph,” says Fawkner. “Our establishing shots follow this large creature, flying and swooping as it drops the girls in the lake.” Framestore pre-production services were on hand, producing the entire sequence to make sure the environment was being showcased in the best possible way, and working out the scale of the girls, the Stymph, and the schools themselves.

“It was important for the team to keep within a boundary of believability - although the schools are a fantasy world, creating something that looks like a real, tangible place is part of the magic for the audience,” says environments supervisor Keir Longden. “We actually ended up re-designing and re-scaling the school exteriors once we’d seen the wonderful interiors so they could conceivably fit the inside.”

The team also took a crash course in landscaping and neo-Gothic architecture in order to design the grounds and exteriors. “It’s all about taking something magical and grounding it in reality” continues Fawkner. “We used Framestore’s forecast tool to offer novel and photogenic conditions within which to photograph the CG schools for the many establishing shots.”

Framestore was involved in the visual development of the Stymph creatures from the outset, working with Director Paul Feig to develop the look. “They’re well described in the books, which laid a solid foundation for us,” expands Fawkner. “Everyone was keen to give them some flight surface, something to provide wind resistance, and conceivably allow it to fly.” Feig drew inspiration from Terry Gilliam’s Time Bandits and went for a tatty feel instead of a bare skeletal creature. “We looked at desiccated and mummified birds to get the structure and behaviour right for the flaps of skin that hang off the bones,” continues Fawkner. “We ended up with a visually rich, layered, look that hopefully honours the Stymphs described in the book.”

One of the stand-out magical creatures that the heroines encounter are the fairies. “The fairies in the film posed a particularly technical challenge for us,” says Fawkner. “It was agreed very early on that they were not going to be your average Tinkerbell-style creature. As well as being generally more sinister, a key difference is that we don’t see their legs,” adds CG Supervisor Freddy Salazar. The movement of the fairies and their costumes was inspired by that of a jellyfish, and so their full-length costumes provided a large piece of cloth which had to look and feel like it was submerged in water, a hugely complex simulation.

Director Paul Feig was keen to capture as many human elements as possible, and so we used LED volumes with a motion control rig,” explains Fawkner. Framestore’s Pre-Production Services team were involved from the outset, establishing the camera angles needed to project the environment on the walls of the LED cage. This allowed the actors playing the fairies to react to their environment in real time, capturing their facial expressions, which were then expertly composited back into the scene at the correct scale, atop CG bodies.

“It was a complex set-up to be able to capture what we needed, using 360 degree cameras, which then went through many layers of compositing before the finished final shot” comments Fawkner. “Our studio in Mumbai made a heroic effort digitally painting out the crew holding the 360 degree cameras. When reviewing the footage I would have considered it to be impossible to remove, they did an outstanding job.”

The film is packed full of very different, stylised effects - fire, fog, and blood. When it came to defining the look and behaviour of these effects, the team began at the drawing board. “Our in-house art department started by producing a series of stills that allowed us to discuss first ideas and establish a look for these effects,” explains VFX Supervisor Ben Magana. “Then, when it was time to migrate to moving images on all these elements, we made the jump to VisDev. Having a single artist with multiple 3D/2D skills focused on each single effect was extremely valuable, as we managed to try different techniques in a much more nimble way.”

During her classes at the School for Good, Agatha discovers wish fish, who are said to be able to grant wishes found deep inside the soul. While her classmates wish for beauty and love, Agatha wishes for home, unknowingly freeing a young girl sentenced to eternity as a wish fish. What follows is a particularly tricky effect, as Agatha reaches into the water and pulls out a shoal of wish fish, gradually transforming back into a human as they break from the water. “Creating these very subjective effects was one of the biggest challenges for us,” comments FX Supervisor Keith Acheson. “We openly discussed each iteration, and had a brilliant dialogue with Paul Feig, allowing us to shape these effects to his liking.”

As Sophie begins classes at the School for Evil, she is confronted by another student’s fiery demon. When pushed to defend herself, a swarm of bees crashes through the classroom window and tackles the dragon-like creature.

With the demon conquered, the swarm of bees transforms into the towering form of Rafal, the elusive founder of the School for Evil. This complex effect began life in pre-production; “we broke the effect down into stages, and treated each one as its own separate effect”, explains Visualisation Supervisor Francisco Pacheco Beltran. “We used Maya to create the bees in various forms - a flying swarm, a human shape, dripping from the ceiling like stalactites - and used them to establish the camera angles for the scene.” This work from FPS (Framestore Pre-Production Services) laid a solid foundation for Animation and VFX to build the final effect, creating the visually compelling look shown in the final sequence.

The broad range of effects across all the different magic elements really allowed the teams across both studios to show off their skills. “It was a fantastic collaborative effort. Whether it was something big that featured in multiple shots, or one-off things like turning a wooden desk into chocolate, each effect gave us something fresh to create” says CG Supervisor David Ramon Rodriguez.

“There’s one part where a dragon-like creature emerges from one of the student’s backs, cauterising the skin as it breaks through - that attention to detail made things really fun, and adds a splash of realism to the fantasy aspect of the film,” agrees Magana.