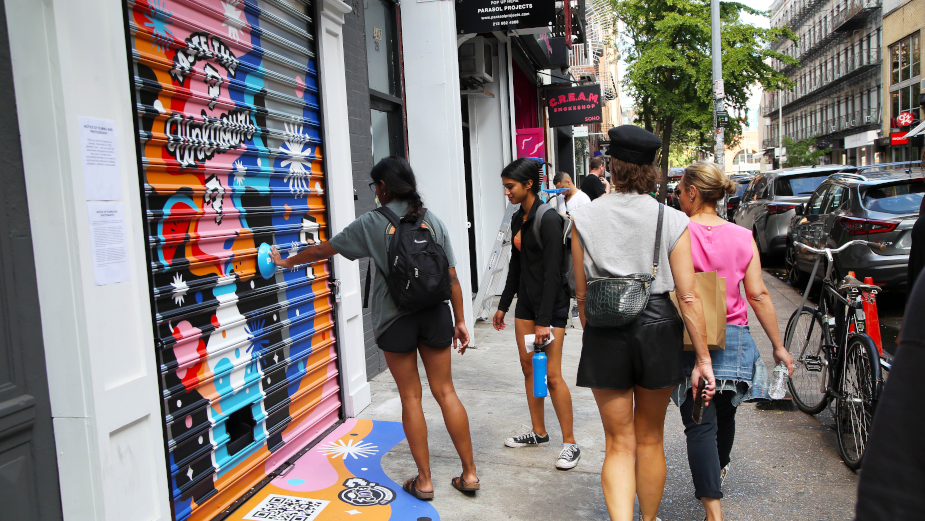 After a fun-filled summer of keeping America’s tastebuds guessing, Fanta will reveal its final mystery flavour this week with a pair of unique activations.

The brand teamed with Brooklyn-based artist Steffi Lynn to create the world’s first-ever vending machine mural in New York City. From Sept. 19-24th, the colourful street art installation at 247 Elizabeth Street will surprise and delight fans by dispensing the fifth and final mystery flavour from the ‘What the Fanta?’ collection.

“This WTFanta vending machine design was inspired by playful and bold colours that reflect the indulgent flavours of the product line,” Steffi said. “I wanted the design to be eye catching for people walking by, but also hint at the mystery - drawing people to the design and wanting to know more. The rainbow represents how I imagine flavours flowing when we first taste something.”

Passers-by can scan a QR code at the mural to link directly to a Sept. 22nd Twitch Squad Stream, where TikTok sensation and #WhattheFanta ambassador Michael Le (@justmaiko) will unveil the zero-sugar ‘Blue’ Fanta flavour, which will be available in 20-oz. bottles through February 2023. 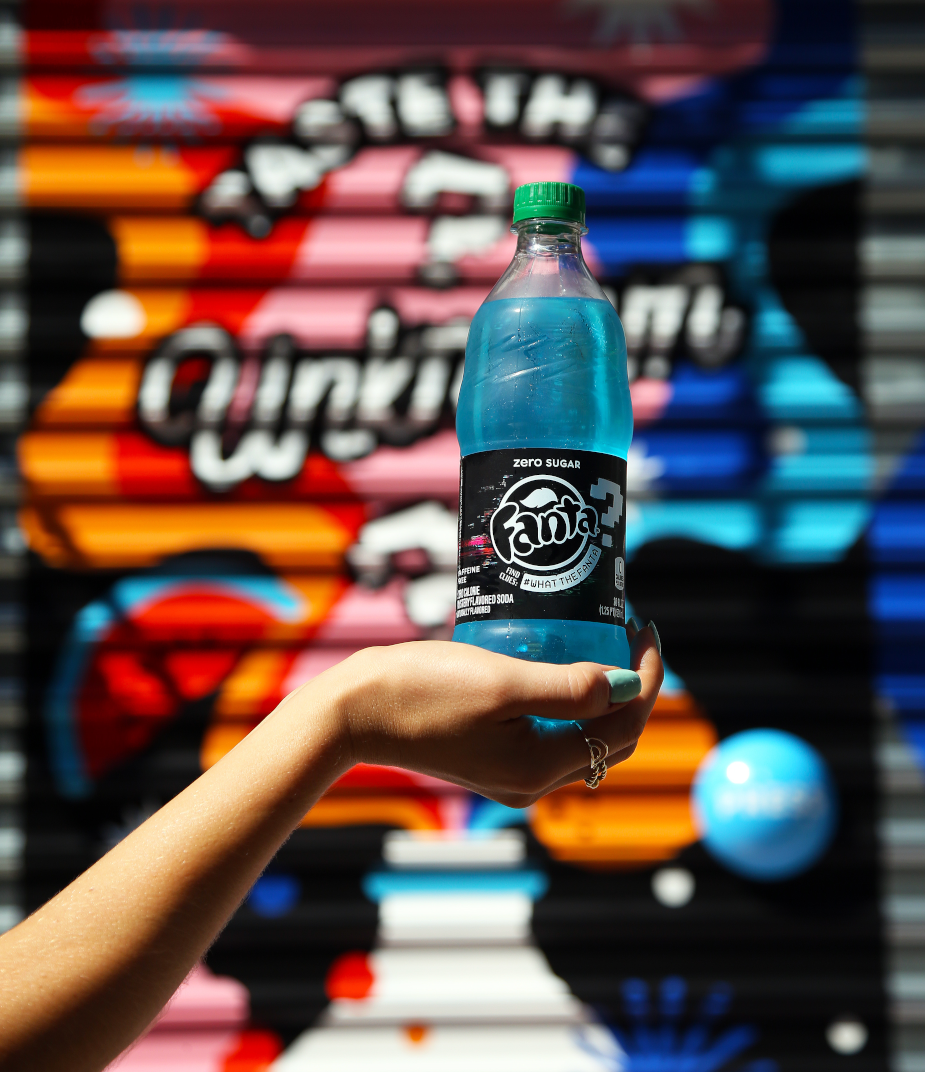 Radiating in gleaming colours of blue, green, peach and orange, the “What the Fanta?” beverages were formulated to fool the senses and challenge taste buds with opposite flavour notes offered in different formats across retail and restaurant channels - including 20-oz. bottles, Coca-Cola Freestyle fountain dispensers and frozen formulations. Fanta encouraged fans to join the conversation and guess the flavours by using #WhatTheFanta on social media before revealing them.

Additional What the Fanta flavours have been revealed over the course of the summer: Green: Strawberry Shortcake; Orange: Watermelon Punch; Amber-Peach: Peach Cobbler; Neon Green: Key Lime Pie. Le has helped spark conversation and debate about flavours, which have generated a wild array of guesses from curious fans.

“We intentionally made the colour of our 20-ounce zero-sugar option not match the flavour to challenge gen z drinkers’ thirst for new, interesting experiences others haven’t tried or figured out,” Dane said.

A steady stream of limited-time innovations like the ‘What the Fanta?’ flavours - as well as the Coca-Cola Creations platform and Sprite holiday offerings - keep the company’s core sparkling brands relevant and exciting with consumers.

“If any brand that can push the envelope and play with unexpected, fun and indulgent flavours, it’s Fanta,” Dane added. “Variety is the brand’s anchor, so we’re constantly expanding our amazing flavour palette to appeal to those who are willing and wanting to try something new… and we’re doing so with zero-sugar and zero-calorie options. 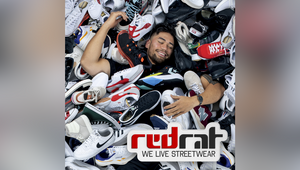 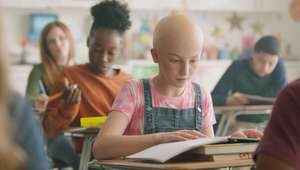 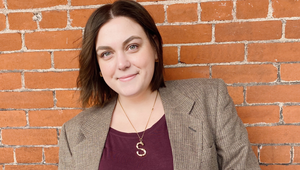 The Rise and Impact of the Superfan 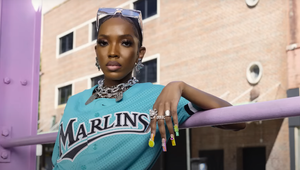