The creative studio has signed Andy Madeleine, David Camarena and Syra McCarthy for US representation 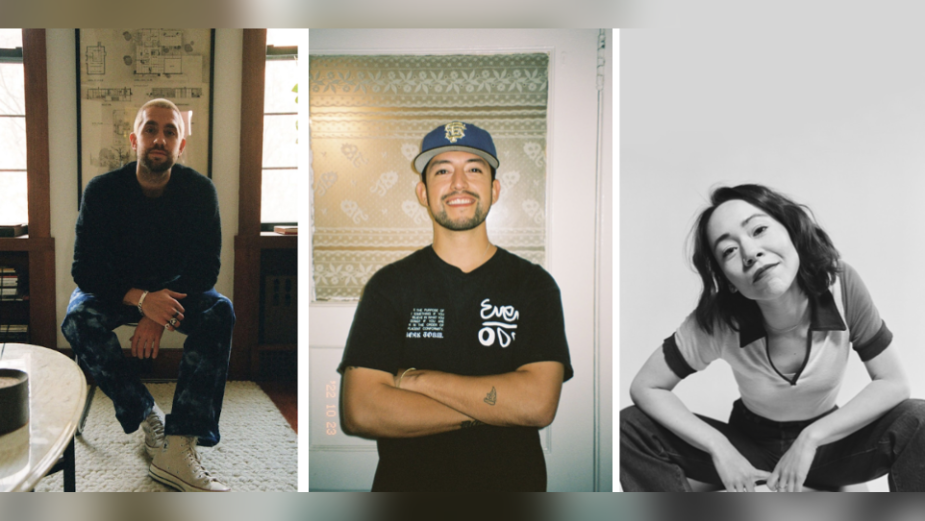 Notes Even/Odd managing director Justin Lomax: “All three directors bring unique styles and perspectives to our roster. They're each constantly pushing themselves and their art into new, unexpected places, which makes them a natural fit with the Even/Odd team. We're excited to be a creative partner to build towards the next step in their careers as filmmakers.”

Andy’s projects push the envelope while innovating forgotten industries, with exceptional attention to detail from his passion for photography. Based between NYC and Los Angeles, he makes his devotion to music, fashion, human rights, and environmental causes evident through his work.

Andy’s entry into filmmaking began with an attempt to challenge the banality of growing up in the suburbs of Detroit. Coming from a primarily self-taught, DIY background, his deep fascination for cameras and film as a medium can be felt in his lens-based approach to filmmaking. His portfolio includes work from a diverse roster of clients, including Adidas, Stella McCartney, Nike, Fendi, Tumi, Square, Tommy Hilfiger, and Vogue Magazine, among others. Also a photographer, he shoots fashion campaigns and editorials, which inform his work as a director.

David’s unique style stems from years of documentation, candid moments, and a glimpse of the Latinidad landscape in California and Mexico. His work captures random moments in their purest form; the spontaneity of street photography inspires his uninhibited style. He often shoots subjects like family, friends, and those who wander into his neighborhood.

David is a Mexican-American director and photographer inspired by his community. His experience working in live-action, still photography, animation, and music videos have led to a truly distinct style as a filmmaker. He has directed commercial work for Nike, Foot Locker, Hat Club, Kids of Immigrants, and Adidas. David’s projects have been featured in publications including Rolling Stone, Vogue, Hypebeast & Pitchfork. His latest personal work is a documentary about the Sirkane Darkroom, a one-of-a-kind mobile photography workshop for underprivileged children in southeast Turkey.

Syra McCarthy is a half-Filipino, half-New Zealander first-generation American filmmaker and actor. Moving with grace between different styles of film —from cinematic surrealism to smart quirky comedy—McCarthy approaches filmmaking with a stylistic flair that subverts expectations.

Directing for brands like Angi, Olly, Scotch-Brite, Ford’s Gin, Square, and Google, her work was recently featured in the New York Times. Her history working as an actor, editor and stills photographer give her a distinct directing approach from nuance of performance to composition.

These roster additions come on the heels of a new brand direction for Even/Odd, marking the company’s transition from a production company to a creative studio alongside a visual refresh and a new website that showcases its dynamic culture steeped in independent film: https://evenodd.studio/.