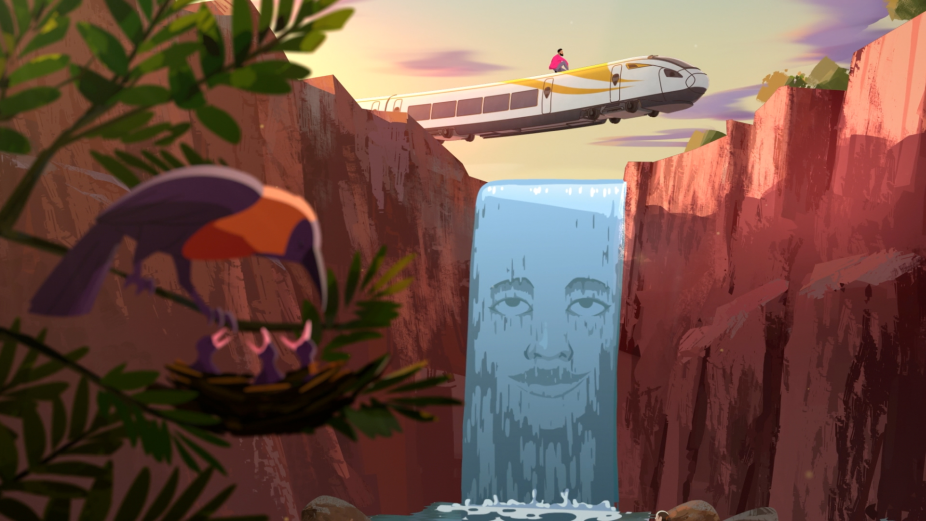 Trainline has partnered with British singer-songwriter Craig David to release a brand-new song, ‘Better Days’, as the start of the brand’s I Came By Train movement, which raises awareness of the environmental benefits of rail and encourages pride in choosing to travel by train. Cars and planes create 58% of the UK’s transport CO2 emissions, whereas the entire rail network adds up to just 1.5%.

The ambition is for I Came By Train to be a rallying cry for UK travel - with the overall objective to encourage more journeys by train, irrespective of where they are booked or which train operator is taken.

To raise awareness, the partnership with Craig David delivers a campaign anthem ‘Better Days (I came by train)’ which is inspired by Craig David’s passion for the environment and sheds light on the importance of making more sustainable choices, such as travelling by train, in the form of a heartfelt love song to Mother Nature.

The track is accompanied by a fantastical music video in stylised animation, produced and directed by the award-winning Golden Wolf at Stink. The music video brings the lyrics to life and features Craig David travelling by train through a series of landscapes - in turn raising awareness of climate emergency, which studies (such as this) have shown is a vital step in encouraging behavioural change.

Jo McClintock, VP brand from Trainline, said: “The change we need to tackle the climate emergency is only going to happen if businesses do their bit to help people take steps towards more sustainable lifestyles; changing the way we move is a key part of that transition – taking the train instead of driving creates 70% less CO2 on average. At Trainline, we think it is important to make train travel more attractive and grow the rail industry, getting more people to choose to travel by train more often – no matter where they are booking their journey. With I Came By Train our ambition is to inspire better choices for our planet and turn this phrase into brag for when people reach their destination.”

Omar El-Gammal, strategy director at Mother added: “There’s a degree of fatalism when it comes to the climate emergency – most of us, deep down, know the scale of the problem (code red for humanity) so they think that there is little they can do to address it… which encourages apathy and inaction. With I Came By Train, we wanted a more inviting and positive conversation. Environmental scare tactics have run out of track, there’s little point making people feel worse about their actions without giving a positive alternative. This campaign gives a hopeful message about the impact a simple behavioural switch can make. In a nutshell we want to move the debate on from ‘flight shame’ to a more positive ‘train brag’.”

In addition to the music video, OOH helps to convey rail’s sustainability credentials, which will appear at key locations nationwide, highlighting the reasons to choose train travel. The collection brings the fact that train travel is 7x less polluting than flying out in the open, with some of the consequences of the climate emergency as the headline.

The campaign is tied together with a dedicated website (icamebytrain.com), packed with facts about switching to train travel and saving on your tickets. In addition, visitors to the site are encouraged to pledge to swap one journey to rail.