At Coffee & TV Josh has played a pivotal role in the sculpting and artistry for variety of exceptional CG projects including, the Benecol ‘Squirrel’ 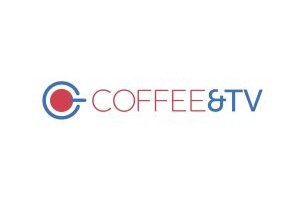 Coffee & TV, the independent VFX and post production facility, today announces two appointments to support the company’s burgeoning CG and production departments. After being part of Coffee & TV’s talented pool of freelancers, Josh George, renowned Soho Generalist and illustrator, will take up a staff role as Senior 3D Artist; while highly regarded producer, Lydia Evitt will join production.
Josh George started his career at Clear Post Production, after graduating with a degree in illustration from Kingston University. His talents enabled him to quickly progress through the company to become an XSI Generalist. After Clear was bought by Prime Focus, Josh went on to hold senior CG and animation positions at the company. During his career Josh has had played a key role on numerous creative projects, from feature films, 28 days Later, 28 Weeks Later and Millionswith Danny Boyle; to storyboarding prominent campaigns for Kellogg’s, Honda, Tennent's Lager, and IRN-BRU. He was also responsible for the design and development of the Tiddlytubbies for the BBC and he built a series of robots in Zbrush for IBM’s Watson campaign, starring Carrie Fisher.
At Coffee & TV Josh has played a pivotal role in the sculpting and artistry for variety of exceptional CG projects including, the Benecol ‘Squirrel’, Chinese National TV award-winning idents and a collection of character hot air balloons for this summer’s hit campaign for Sky Cinema.
Lydia Evitt began her post career at Smoke and Mirrors. After starting on reception she advanced in the business over five years; initially in grading production before covering all aspects of post and establishing herself as a key member of the team. Most recently, Lydia was producer at the Moving Picture Company (MPC). She has worked closely with numerous directors including Emil Nava, Francois Rousselet and RSA’s Brett Foraker. Lydia has also produced campaigns for a series of prominent brands including Rimmel, Mitsubishi, Diesel and Walkers.
Derek Moore, MD Coffee & TV said: “To have someone of Josh’s calibre join our studio is testament to the outstandingly talented group of artists we have in our team. He’s been an asset to the company and complemented our artists’ strengths on a series of major projects, so we wanted to offer him a full-time role in order to ensure we can always share his exceptional creative talents with our clients. Where there is a gifted CG artist, there is always a great producer, so Lydia was the perfect choice. She’s got an excellent diverse range of experience and a calm professionalism that will benefit all areas of our business.”
Josh George, Senior 3D Artist said: “After working with the guys for years at different post houses, joining the ranks at Coffee & TV feels like coming home. It’s an amazing company with a fantastic culture, so I’m really looking forward to being a fully fledged member of the team.”
Lydia Evitt, Producer, said: “I’ve always respected and admired the team and work produced at Coffee & TV, so I jumped at the opportunity to join production. I’m looking forward to starting at a very exciting time for the company as it continues to grow.”