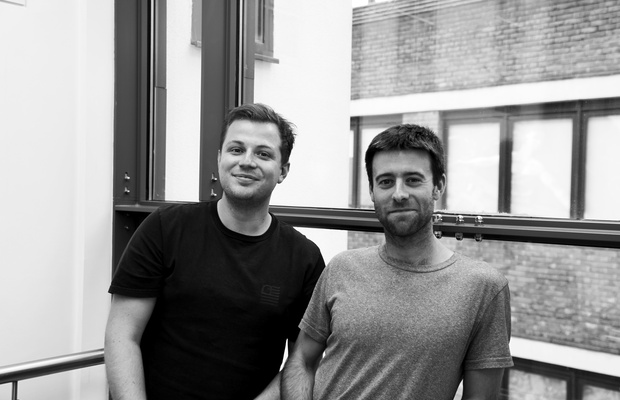 Coffee & TV, independent VFX and animation studio, today announces two major appointments to further strengthen the company’s creative offering. Johnny Fairburn, one of London’s top post production producers, will join the senior team as Executive Producer. Coffee & TV’s VFX department has also permanently secured talented Flame Artist, Rory Whittle.
Johnny Fairburn has dedicatedly risen through the production ranks in some of London’s largest facilities. After starting as a runner and moving up through bookings, Johnny forged a name for himself as one of the best young producers in the industry. Following two years at Glassworks as a Producer, Johnny joined Electric Theatre Collective, where he worked on acclaimed campaigns over the last three years. Johnny’s passion and expertise will support the studio’s burgeoning team of skilled VFX and 3D artists.
Rory began his career as a runner at MPC in 2010, before moving to Smoke & Mirrors, and quickly working his way up from the machine room to Flame Artist. During this time he had the opportunity to work on brands such as Fosters, Mitsubishi and Amazon. Rory was part of the team responsible for the VFX on Mitsubishi’s pivotal "The Leader" campaign for the manufacturer's PHEV hybrid project.
The new appointments within the production and VFX departments highlight Coffee & TV’s continued expansion; the team welcomed Jonny Grew, one of Soho’s finest rigging and animation specialists, and Colourist, Katie Dymmock in March.
Derek Moore, CEO & Co-Founder Coffee & TV said: “Since we started Coffee & TV we have tried to recruit the nicest and most talented individuals we’ve worked with during our careers. Johnny and Rory were two people we really wanted to bring into the family, because we know they’ll bring their unique qualities to our fantastic team. It’s been such a busy first half of 2018, so we’re working hard to advance our offering and we hope to announce further exciting plans for the studio soon”
Johnny Fairburn, Executive Producer said: “I’ve worked in some of the best VFX companies in town, but Coffee & TV has such a brilliant culture and group of people. I’m super excited to get stuck in.”
Rory Whittle, Flame Artist, said: “Coffee & TV’s VFX department is world class, so I’m looking forward to working with such an incredible team.”