WCRS and Moxie create new ad for Warburtons Half & Half 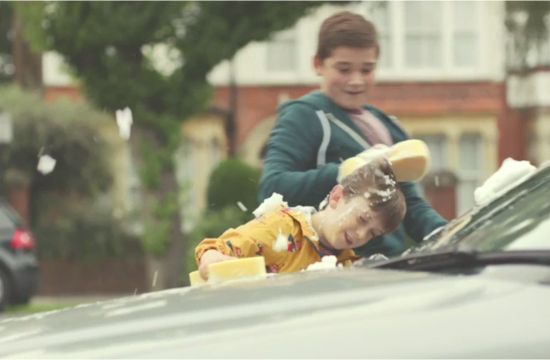 On the 7th of November Warburtons, the UK’s no. 1 Bakery brand launches its biggest campaign for their Half & Half bakery range.

This latest work is the next instalment of the ‘From Our Family To Yours’ campaign. Focused on the Warburtons Half & Half products (Loaves, Wraps and Thins), the campaign led by creative agency WCRS will be spearheaded by a new TV commercial directed by James Griffiths (Moxie Pictures). The spot continues the story of people writing to Jonathan Warburton about their favourite product. ‘Payback’ is all about little Sam who is desperate to grow big and strong enough to ‘have’ his older brother. He not only loves the taste of his sarnies made from Warburtons Half & Half but knows that because of the 50% wholegrain flour used to make the bread, he’s eating the right stuff to catch his annoying brother up.

The inspiration for the concept came from the fact that Jonathan Warburton, a fifth generation family member and chairman of Warburtons, receives a huge volume of personal correspondence from consumers every week about his bakery products.

The TV will be accompanied by radio and a social media campaign for Half & Half featuring the famous international triathlete brothers; Alastair and Jonathan.  The brothers will feature in a host of bespoke content for the growing Warburtons Facebook community  to run in November including guest editing the Warburtons Facebook site and new video content where their famous competitive streak gets them into some interesting scrapes.

Simultaneously there will be an outdoor campaign for Warburtons Sandwich Thins which will feature innovative coupon dispensing sites that will allow consumers to print a voucher and trial the product.

Mark Simester, Warburtons Marketing Director, said “This campaign marks an important investment for Warburtons to further our growth in the Half & Half category. Mums see our Half & Half product as the perfect compromise for feeding their growing brood; it has the great taste of white bread with all the goodness of wholegrain.  This next phase of our marketing campaign puts a strong emphasis on this key product area as well as continuing to build on the rich brand heritage and family values of Warburtons with our ‘From Our Family To Yours’ strapline.”

Rick Hirst, Managing Partner, WCRS said: “We’re really proud of this next instalment of the ‘Dear Jonathan’ campaign for our friends in Bolton.  Payback is a cracking spot that has an excellently observed human truth that’s watertight with the Warburtons Half & Half product promise; eat more of this and get ready to take your brother down.  Getting the super-competitive Brownlee brothers involved in our social media push was also a real coup.”

Levi’s Marks 150th Anniversary of Iconic 501's with The Greatest Story Ever Worn
A Young Boy Helps a Grumbling Troll Bring His Home to Life with IKEA
Animate! Keeping the Idea Simple with Design Lad
Virtual Dancing Queens: What the ABBA Voyage Tour Means Legally for the Future of Entertainment