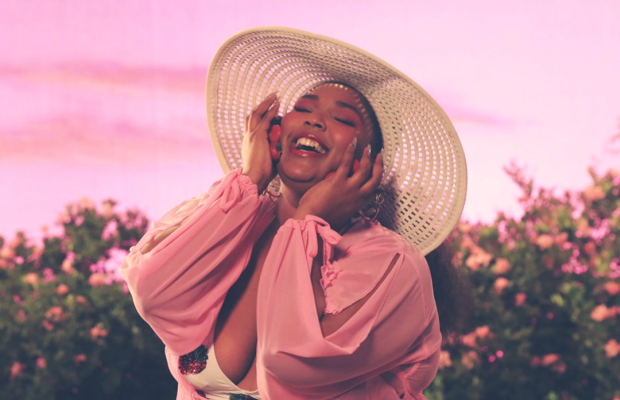 Absolut has launched Absolut Juice – the new must-sip spirit of the summer – with a juicy twist on squeezing the most out of life in collaboration with chart-topping singer Lizzo. Made with superb Absolut Vodka and natural flavors from your favorite seasonal fruits, Absolut Juice offers a brand-new way to sip-with-a-spritz in two delicious favors, Strawberry and Apple.
"Absolut Juice is the ripest, juiciest new spirit of the summer and, in partnership with Lizzo, we're using the song of the summer to prove just how much the 'juice' is worth the squeeze," said Regan Clarke, brand director, Absolut, Pernod Ricard USA. "As Planet Earth's Favorite Vodka, Absolut values our sustainable production practices, the planet and its people – now, with Lizzo, we're bringing the party to the people with seriously juicy surprises."
Absolut Juice and Lizzo are out here making news – starting with "squeezing" the moments of summer into a movement with fans across the country. From exclusive video drops to a summer of juicy surprises, fans can #GetJuicy with Absolut Juice and Lizzo by following @AbsolutVodka_US on Instagram, Twitter and Facebook to be the first to see Lizzo's exclusive collaboration with Absolut Juice.
"When I heard Absolut was launching a new product called, 'Absolut Juice' it was like they made it just for me! It's an honor to celebrate the success of my first single with Absolut's new product launch and the synergy is almost too perfect," said Lizzo. "I can't wait to sip this with my big grrrls all summer and on tour this Fall. We're taking this on the road y'all 'cuz this Juice is worth the squeeze. Can I get some ice, please?!"