5 minutes with... 0 Add to collection 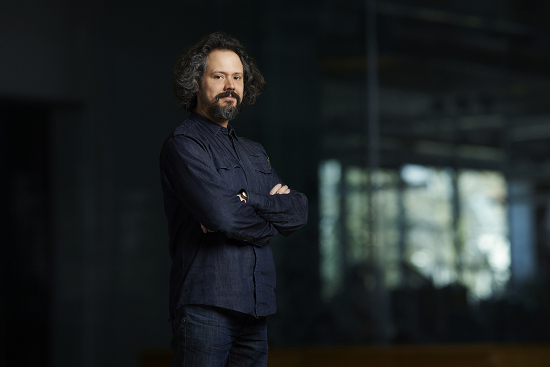 Relentlessly curious, expansively collaborative and a compulsive problem solver – Edu Pou is something like the holy trinity for the new advertising age. As Head of Creative Innovation at Wieden+Kennedy Amsterdam, they’re certainly qualities that come in handy. Whether it’s tracking down new and evolving technologies or digging out and recycling some old, unloved platform and repurposing it, his days are filled with discovery.

Before arriving at Wieden’s he was part of the interactive team at  Crispin Porter + Bogusky in Boulder and Miami – and before that he was a creative director for DoubleYou in his native Spain. But throughout his career he’s been driven by all things ‘interactive’. In terms of creativity, he talks of ‘closing the circle’, the creator and creation is changed by its audience. And that spirit of ‘interactivity’ isn’t limited to his output – he’s a big fan of getting involved in all corners of the agency from PR to production in order to learn and collaborate. LBB’s Laura Swinton caught up with him to learn more.

LBB> What was it that originally led you into advertising?

EP> Like most people I know in the industry, it was a bit of an accident – but a happy accident. Obviously the one thing that tempts us into advertising is that one per cent of brilliant campaigns that are not only beautifully crafted but also treats people with respect. That one per cent of advertising that really raises the bar and creates a meaningful dialogue with the audience. It made me think ‘wow, I want to do that’. I also love puzzles and those campaigns showed me how brand problems, like human relationships, can be solved with the power of communication.

LBB> And, in terms of the interactive and more tech-driven side of creativity, how did you end up in that space?

EP> I like to think that interactive creativity is more about user-first than tech-first. I not only know that people like our work but I enjoy seeing their immediate reaction. Users close the circle of the interactive projects. And that’s brilliant. It can be done with new media or with traditional media, but what it always takes is for you to think differently, and to push the possibilities of each medium.

LBB> Leading on from that, does the requirement to ‘think differently’ require different skills? In terms of younger people in the agency, have you noticed a shift in the kind of people coming into advertising?

EP> We’re constantly looking for people that are better than us, that act like a virus in the agency. Because the days of keeping your ideas to yourself are over.  The business is changing and we have to work more as a team. That’s why I work very closely with the PR department here. I think it’s very important that they’re not just involved at a late stage, if we want to do stuff that resonates with people. And that’s also why I work very closely with the interactive production department. They are the guys who know who is doing the best stuff out there. They are always feeding me with good references, technology-wise. In a way what we are doing is expanding the creative environment. Or, for instance, planners surfacing inspiring insights like guys using ladies’ body wash that lead to campaigns like Old Spice out of the W+K Portland office... Everybody is bringing something different to the table and that’s what makes it really interesting.

LBB> I’m also curious how you personally keep up to date with new developments, technologies, platforms etc. and how you go about figuring out which will be useful to the brands you work with?

EP> I think you have to keep your eyes open, looking for the latest developments at industry events like SXSW and keeping up with the latest work out there. You have to surround yourself by people who know more than you do and you have to keep in touch with production companies and technology companies. That not only shows you what is possible now but what will be possible tomorrow.

On top of that there’s always this layer of discovery, which is always interesting. How can you use existing platforms in a new way that’s surprising? That will help you reach a larger audience; you are using what they use every day in a different manner. I think that’s really interesting about interactive. You have to give people something back and it creates a meaningful dialogue.

LBB> And are there any new platforms or technologies that have caught your eye/are getting you excited at the moment?

EP> I think that it’s very interesting how – I’m going to say something really obvious – the Internet of things means we’re not limited to a particular screen to reach your audience. More immersive experiences that are aided by things like Oculus Rift are also fascinating. And then there’s the question of how, now, everyone has access to stuff that was very niche just a year ago. I also like – if I can add one more to the pile – things that are happening now, that are timely, ephemeral. Platforms like Snapchat change the rules, and show how nothing stays forever. And I like that.

LBB> And going back to what you were saying about rediscovering existing platforms or figuring out how to use them in a new way, there are some notable examples, like Reddit for example, that the industry still hasn’t really figured out how to work with. Why do you think that is?

EP> To be honest I don’t think many people have cracked that. With Reddit, for instance, users create that platform and when they smell that there’s a brand behind the message it backfires. You have to be respectful of that environment. You have to be funny. Archer did a cool campaign on Reddit recently [where the characters appeared naked in the GoneWild subreddit] – and what it shows is that you have to be aware of the people you’re talking to. If you’re trying to force a message in a place that is not open to it, you’re going to get your ass kicked. I think that’s what happens with most brands. If they don’t have a genuine place in those platforms they’re better off staying out.

LBB> One thing I’m keen to pick your brains about is the current situation with gaming, as you’ve worked a lot with EA. Obviously last year there were massive launches of the next-gen consoles, but at the same time some of the most talked about games have been the ones with very little marketing budgets like Papers Please, the Stanley Parable and most recently Flappy Bird.

EP> I think that’s always been a bit like that. There has always been stuff that’s been independent and attractive and part of a creative trend for a bit. Part of the appeal is that it’s started off very niche and then gone massive. I think that’s what happened with Flappy Bird – it’s fun but I don’t know if it’s going to sustain.  The kinds of games that EA creates are much more immersive experiences. The ambition of the game is different. It’s like comparing cinema blockbusters to independent movies and short films. On an industry basis gaming is always trying to figure out what the next thing is and that’s what makes it alive and interesting.

LBB> Talking of immersive and ambitious gaming experiences, last year you were involved in the Life-sized Messi project for Fifa 14, which was the definition of involving. What sort of conversations were you having with EA to lead to such a project?

EP> We were working on such a famous game like Fifa and it was redefining itself for next-gen and becoming so much more immersive, so it was almost a no-brainer. It seemed like these days things are so flat and graphic, so we wanted to go the other way and create a site that was living and breathing. A site with a soul. It put the superstar in front of the fan – literally! The only distance between you and Messi is the screen. You can almost touch him; in fact you can with the cursor. Using artificial intelligence with something that was life-size was such a talking point. And it still is. 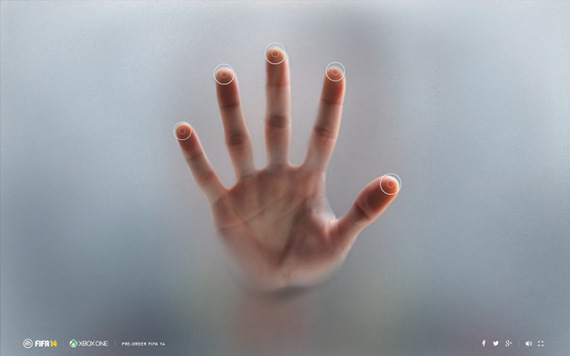 LBB> And using artificial intelligence in that way, you created something quite intuitive and almost alive. As AI becomes more refined and accessible it will be interesting to see how technology becomes more human…

EP> I would say that technology is already very personal. If you think of the evolution of photography, we now have these cameras which let us take as many photographs as we want – it is such a simple thing that we tend to forget it. What I mean by that is that technology has completely changed the way we look at the work, but it’s so present that we forget.

I think in advertising we are already finding tricks to make it very personal and relevant. Sometimes – as I mentioned on the question of Reddit – we try a bit too hard. Some brands try to be your friend and always on and that’s not what the user is asking for. As I already said, I like to think of advertising with the consumer in the centre. Building campaigns without thinking about their behaviour doesn’t make any sense.

LBB> What other projects have you been involved with recently that have particularly resonated with you? And what does the rest of the year hold for you?

EP> I think that last year was a really, really good year. It was the first year that I was taking care of the innovation group here in the office and I think we had a really successful year with projects for Nike, Coca-Cola, Heineken that really delivered in a different way. We are already working on new business that feels really fresh and interesting and I hope that you can hear about it very soon! Keeping up the good work for Heineken, EA and Nike is going to be hard work but we have to keep building on the work from last year. We were recently named as one of the three most innovative agencies by Creativity and we have to keep on moving forward.

Brains and Brawn Combine in the Latest BT Sport Spot Featuring Joe Joyce
Your Category Is No Longer Black and White: The Power of Defining Where You Play
Specsavers Offers Playful Take on Iconic Tagline in 'I Don't Go...' Campaign
Old Owners Still Hang Around in Comedic BEHR Paint Campaign