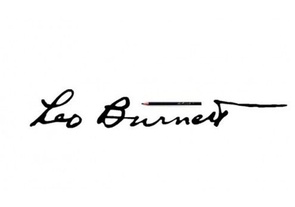 Leo Burnett Worldwide operates with a simple and singular approach: put a brand’s purpose at the center of communications to truly connect with people. Part of the Publicis Groupe, Leo Burnett Worldwide embraces a HumanKind approach to marketing and is one of the world’s largest agency networks with 85 offices and nearly 9,000 employees. To learn more about Leo Burnett Worldwide and its rich, 80-year history of creating iconic brands, visit our site, Facebook page and follow us via @leoburnett.

The global agency works with some of the world’s most valued brands including Coca-Cola, Fiat, Kellogg’s, McDonald’s, Nintendo, P&G, Samsung and Tata among others.

For the past four years, Leo Burnett has been ranked #1 in "New World Thinking" by The Gunn Report. In 2014, Leo Burnett was named "Network of the Year" at the International ANDY Awards, ADC Awards, MENA Cristal Festival and at the inaugural Cannes Health Lions.