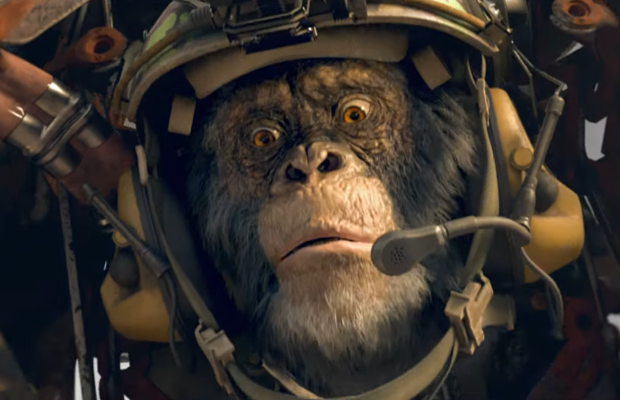 There are few brands quite so iconically South African as Chicken Licken, and fewer still with quite such a reputation for quality long-form ads. The relationship between the fast food chicken brand and their AOR Joe Public has produced some of the most memorable and stylistic work out there, be it sending a Chicken Licken delivery to space, or encouraging South African sisters to ‘Find their Soul’ in a Supermarket.

So it will come as little surprise that the brand’s latest campaign is similarly unique. ‘Thato the Time Traveller’ is an epic, hilarious and bombastic journey both back and forwards in time, with a Chicken Licken customer serving up inner peace to all those he meets.

To find out how such a unique ad came to be, LBB’s Adam Bennett spoke to Joe Public’s Natalie Walker and Jeanine Vermaak.

LBB> This is such a vibrant film - where do you begin to get the inspiration for something like this?!

Natalie and Jeanine> Chicken Licken is loved for its quirky ads, which often take people on incredible journeys. The pressure was on us to come up with something new, so we looked at where the brand hasn’t ever been.

When we realised Chicken Licken order numbers are four digits long, it just made sense to turn them into years and transport the Rock My Soul meals through time.

LBB> The theme of 'peace' is the central pillar of the campaign - what made that the right idea for the brand?

Natalie and Jeanine> The Rock My Soul meals have always been positioned as bringing ‘inner peace’, that is, the fulfilment and bliss you feel after eating them. While previous ads focus on one individual’s journey to find this inner peace, we wondered what would happen if we could take one South African’s quest to spread peace not just across the world, but even across time.

LBB> What research went into coming up with this campaign? Were there any strategic insights that helped you come to this idea?

Natalie and Jeanine> South Africa is in a volatile situation, and as a proudly South African entrepreneurial brand Chicken Licken is well-positioned to give social commentary in a positive way.

On all our briefs we try to find a way to uplift and inspire South Africans. In this instance, we decided to spread our message of peace beyond the borders of the country.

LBB> What were your main aims and ambitions going into the campaign?

Natalie and Jeanine> As always, the main aim of our communication is to drive sales for the brand. Yet as an added value to our consumer, beyond the value of the meals, we aim to offer the people of our country hope and vision, for example, by imagining we may just have a female president in 2047. It’s our belief that it is the human connection that we build into our campaigns that ultimately helps drive fame and sales for the brand.

LBB> Why was Alan Irvin the right choice to direct this film?

Natalie and Jeanine> Alan’s treatment for the film really hit the ball out of the park. He considered it from every angle, and added to the concept and the humour, and we worked closely with a great visual effects and animation house, Sinister Studios, to bring the script to life.

LBB> What kind of reception has the campaign received?

Natalie and Jeanine> So far, so good. We are fortunate to have some of the most positive and engaging fans who always look forward to new Chicken Licken work. Most of them have commented on the cinematic scale of the film, and they also love the quirky concept in which Thato travels through time thanks to his till slips.

LBB> What were the biggest challenges and how did you overcome them?

Natalie and Jeanine> Honestly, trying to create something on this scale in a commercial was new to all of us. The fact that the film was so post-heavy meant we had to imagine quite a lot of what the end product would look like, and just trust the process.

Natalie and Jeanine> None of our work would be possible without a client who gives us the freedom and responsibility to create for a brand as iconic and homegrown as Chicken Licken.