Why Do Aussies, Brits and Kiwis Prefer to See a Fictional Character than a Celebrity in Their Advertisements?

Stephanie Candiloro, Born Licensing’s director of business development for APAC, shares three key benefits to having characters as opposed to celebrities in advertising 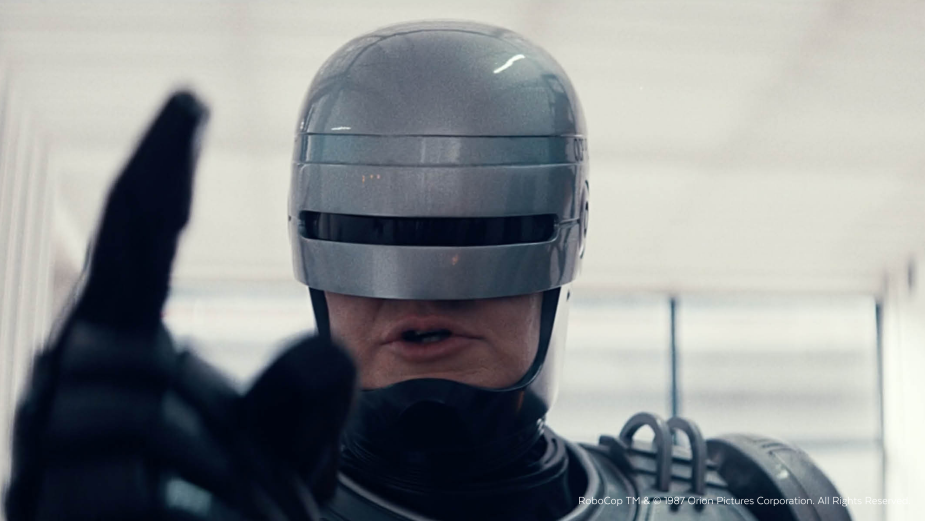 It turns out Aussies, Brits and Kiwis would all much rather see a fictional character than a celebrity in their advertisements and we don’t blame them. We think that if Garfield and Nigella were both endorsing lasagne, the sarcastic tabby cat would definitely give the television cook a run for her money.

For decades, brands have been leveraging the popularity of celebrities, musicians, and sports stars and using them as spokespeople in tv and digital advertising campaigns. Although this has been established as a status quo strategy, it looks like viewers are after something else.

Born Licensing first conducted a survey with the British audience in 2020 (detailed in our White Paper) and found that 38% said they would ‘most like’ to see a fictional character in Advertising. This came out as the clear favourite versus celebrities at 22%, sports stars at 18% and musicians at 22%. We were surprised to find similar results with Australian and New Zealand adults with TV and film character appearances chosen as the more effective at 35% vs. celebrities (31%), musicians (16%) and sports stars (18%). 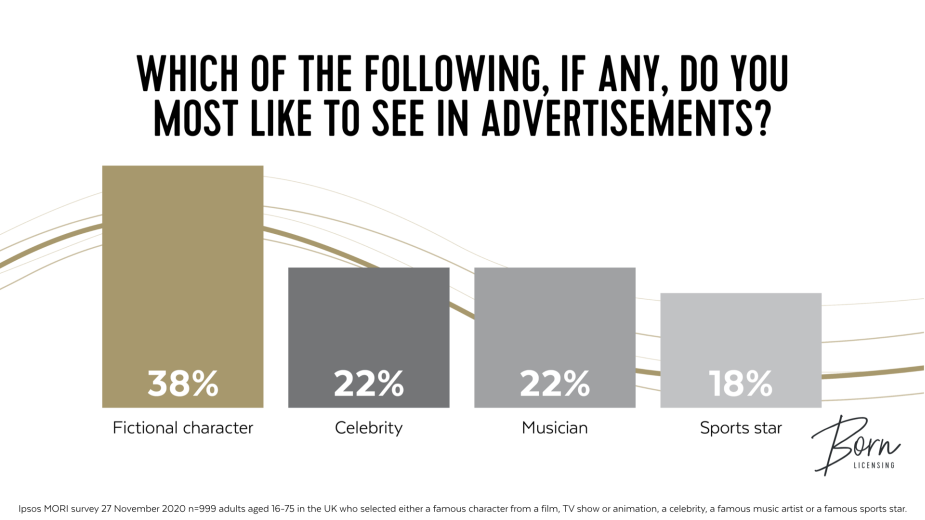 With the current advertising landscape not reflecting these preferences, we decided to dive into reasons people might prefer fictional characters in advertisements and the three key benefits of having characters as opposed to celebrities in advertising:

1. Characters capture more attention than the celebrities that play them

Would it surprise you that out of 1,000 surveyed Australian Adults, 65% said that the character Harry Potter was most likely going to capture their attention vs. Daniel Radcliffe himself? Probably not, but the same pattern applied to so many characters including a preference for Shrek, Wonder Woman and James Bond over the popular actors playing or voicing these characters  .

It has always been the case that having a real person representing one’s brand bears some risk. In the real world, SpongeBob SquarePants turns up on time to your shoot and you won’t catch the Care Bears driving their Cloud Car under the influence. Especially now in the age of social media, the everyday behaviour of celebrities can be controversial and public approval levels can continuously shift and divide audiences. This can become tricky for brands who establish an identity attached to that individual.

Characters have immunity that Celebrities just don’t. Amanda Kennedy, a researcher at the Newcastle University said “Celebrities are not immune to tarnishing their reputation, which can in turn have disastrous impacts on the brands they endorse. Film personas, on the other hand, are infallible and pose much less risk to brands”  .

3. The phenomenon of cult fandom and timelessness

Viewers and fans have deeply emotional attachments to characters, and many characters acquire a cult following who binge watch a movie or TV show repeatedly. Characters can be timeless and invoke strong and positive memories in the viewer; they have strong associations to specific moods, personalities, and humour.

Their presence in an advertisement can therefore be powerful enough to set the tone on its own (without the need for the celebrity that plays them), with the audience immediately relating to the content. It’s no wonder Money Supermarket’s He-Man and Skeletor ‘Epic Lift’ ad hit 27 million views in only the first few days of launch! 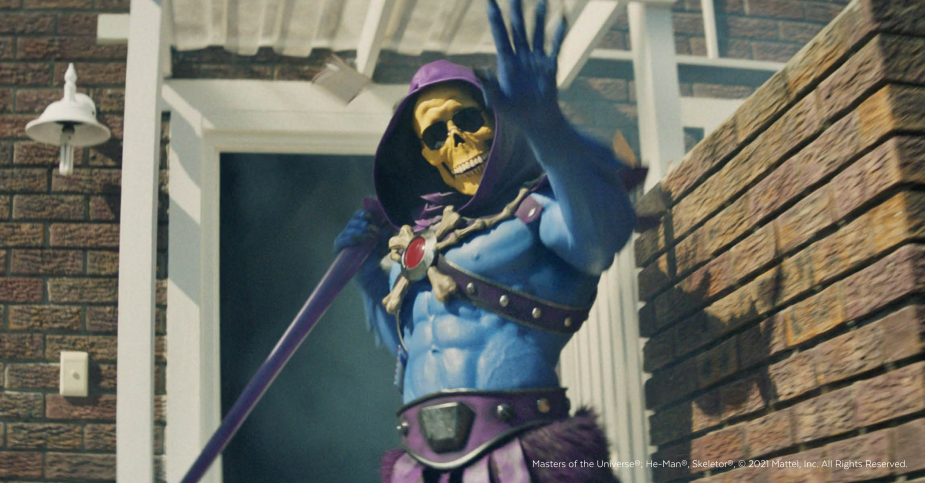 Characters are immortal, unlike us mere mortals that age (a privilege denied to many), get drunk tattoos and experiment with haircuts. Incorporating characters can also serve to ‘bring them back to life’ and if you prefer, exactly as you remember them.

People form deep attachments with their favourite characters and often mourn the ending of a TV or film series. Seeing this figure re-emerge in an advertisement brings a moment of joy, humour, and surprise that is memorable and engaging for the audience.  As a result, consumers are more likely to want to tell their friends and family or share the campaign on social media. In fact 30% of consumers said that seeing a fictional character would make them talk about or share the campaign compared to a campaign with a popular song (27%), a celebrity (24%), a musician (9.5%) or a sports star (9.5%).

Sounds like someone needs to get Garfield a lasagne contract!

Fictional or Branded: Which Campaign Characters Get More Attention?
View all News