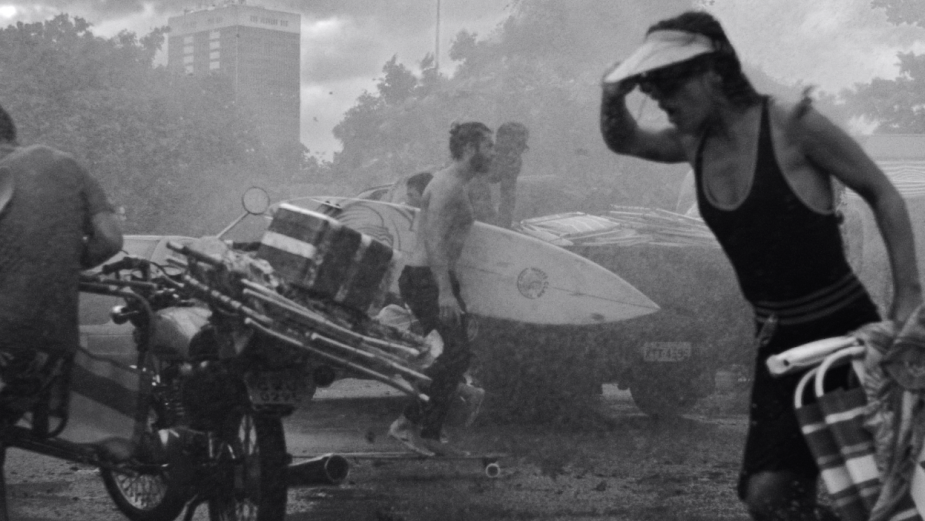 White Claw premieres a new campaign that celebrates the brand’s mission to bring a new wave of pure optimism to the world. White Claw Hard Seltzer transformed the beverage industry with its unique BrewPure process and unmatched natural taste that brought incredible refreshment without compromise. The brand’s new positioning is the first step in championing those who share the same pure optimistic outlook - celebrating those who seek opportunity and see a world filled with potential.

There’s no better metaphor to bring this purpose to life than the wave itself. Full of energy and kinetic potential, its power is immeasurable. That’s why the iconic White Claw Wave logo has come to represent a symbol for a new way of optimistic thinking. White Claw champions pure optimism, inspired by those who take action to make a difference, even in the face of challenge.

In its breakthrough new film, while beachgoers run at the sight of ominous storm clouds, real life ‘Big Wave’ Brazilian surfer Caio Vaz charges toward massive waves amidst the storm, while sun strikes through the clouds – a metaphor for those who take challenges head on, rising above and seeking solutions. A global campaign, the ambition of “Bring the Wave” is to position the brand as a market leader with a pioneering attitude. 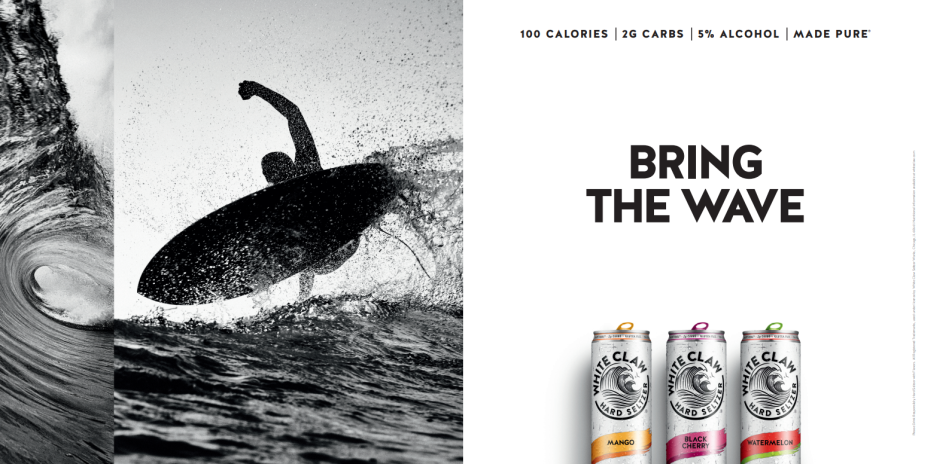 Ray Del Savio, executive creative director at VCCP New York said: "This new campaign acts a powerful statement piece for the White Claw brand. It boldly celebrates those who choose to embrace positivity to see the potential around them. We're very excited to 'Bring the Wave' to White Claw fans both in the US and abroad."

Appearing on-screens across TV and social, the campaign created by VCCP also includes original music from American-born, jazz musician Melody Gardot and is directed by award-winning London-based director Sam Brown. To see the latest from White Claw, including Bring the Wave, follow @WhiteClaw on Instagram, Facebook and Twitter or visit www.whiteclaw.com.