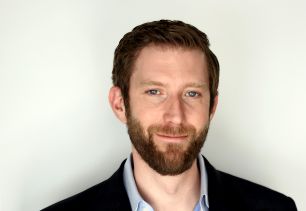 Founder and Chief Experience Officer at creative consultancy Green Stone, Matt Walsh is no stranger to the advertising world, having gotten his start in R/GA before moving onto Crispin Porter + Bogusky. Now in his third year at Green Stone, Matt discusses modern loyalty, how the consultancy empowers others to ditch the concept of buying the consumer’s allegiance, and what the future office model looks like.

Q> Tell us about your background

Matt Walsh> An educational background in video production, marketing and interactive design helped me stumble into my first gig at R/GA. At the time, I had just graduated from NYU’s Interactive Telecommunications Program and I was trying to get into video game design firms, but that was going nowhere and a buddy of mine on the Nike team at R/GA suggested I apply for a $200 a day freelancer gig on the Gridiron team, given I had worked at NFL Films in the past.

Thanks to some kind-hearted souls there, they took a chance on me and over the next couple years I was fortunate enough to elevate through the ranks and lead the UX for a variety of inspiring and award-winning platforms including NikeID, NikeGridiron, NikeRunning, NikeBasketball and beyond. I also worked on the first few months of NikePlus (as well as its predecessor, the Nike Running Training Log), before three of us left R/GA together at the end of 2005 to join Jeff Benjamin in building out the digital team at Crispin Porter + Bogusky in Miami.

Upon moving down South, I introduced Experience Design (UX) as a discipline to the organisation and started building a team that would ultimately grow to 25. We had the pleasure of leading the UX on all manner of large scale products, platforms, applications, and viral experiences for Dominos, Burger King, Volkswagen, American Express, Old Navy, Best Buy, Microsoft, Sprite, and many more.  Through VWFeatures, Whopper Sacrifice, TwelpForce, Small Business Saturday, Simpsonize Me, the Dominos Turnaround, and countless others, we not only earned repeated best-in-show recognitions across every major award show and respect for our digital offering, but we also generated serious results for our clients.

Eight years and a move to Colorado later, a new opportunity was spotted and Green Stone was born.

Q> Tell us about Green Stone: what made you interested in the idea of a remote workforce? And how did the idea of modern loyalty come to life?

MW> I started Green Stone out of my basement in January 2014 with no funding, no partners, no clients, and no employees. However, I did have two clear aspirations.

First, I wanted to inspire and empower clients to end their addiction to buying loyalty and short-term transaction volume through advertising, couponing, points systems and beyond. There is a place for all of them to fix certain problems, but my journey taught me that most companies have far more to gain by focusing their efforts on earning a more Modern Loyalty through valuable, delightful and differentiated experiences and customer journeys that displaced price as the primary driver of purchase. Fix the bucket and then worry about pouring more water into it. The long term benefits will be far greater (see Dominos).

The second aspiration was to apply my UX brain to the design of Green Stone itself, in an attempt to fix a variety of things that I believed were broken with today’s creative consultancies. This included challenging all assumptions held by that world, including people’s conceptions of a workplace, a workforce, a workday, relationships with clients, compensation, recruiting, new biz, and even the sacred cow itself - the kind of creative processes obsessed with that semi-circle of hipsters huddled around idea walls in exposed brick offices perched in trendy parts of big cities, and the belief that you can’t replicate “the magic in the room.”

I believe with the right organisational design you can not only replicate that magic, but deliver far more creative, culturally-attuned and inspired results by getting rid of the room all together. Beyond that, after eight years of losing out on world-class talent because they didn’t want to live in a specific place, I also believed there was a large tribe of people in mid-markets who were fully capable of NYC-calibre work who were sick of being ignored because they wouldn’t live in the big cities.

I wanted to design a new system and a creative process that was far more modern and far more successful at delivering world-class creative from diverse perspectives, while not necessitating the sacrificing of lifestyle for career.

Q> With your work at Green Stone, does the creative process look similar to what it looks like in an office?

MW> I would say the general sequence of Research > Strategic Synthesis > Ideation > Creative Prototyping and Refinement > Launching and Learning is relatively similar. I would also note that we still have our whiteboards, standups, brainstorming sessions, sketch sessions, creative reviews, and most of the other toolkits and methodologies of office-based models, they just happen to live in the digital realm.

Where I would say it’s different is in the culture we try to create around what “creative” means. For us, creative does not mean year after year of 14-hour days locked in the office trying to force magic ideas out of thin air and convincing yourself that reading Mashable and FastCo every morning is making up for the fact that you’re not experiencing the world outside that echo chamber of an office.

That’s a quick path to being completely out of touch and creatively atrophied within the decade.

Our creative DNA is instead focused on encouraging perspectives and inspiration from a wide diversity of experiences, people, places, and verticals, then weaving those together in an deliberate brainstorming and design methodology that is tailor-made for our distributed model.

Q> Where do you see the 'office model' in ten years?

MW> The distributed model is not for everyone. Some people really need the team down the hall, the burritos in the freezer, and the happy hours on the deck.

I also believe that it is extremely difficult for an office-based model to go distributed. You need to hire differently and create a different culture, communication system, and creative process where remote workers don’t feel as though they’re missing out on hallway conversations at the mothership.

But I also believe that if the office models don’t change, a new generation of far more culturally attuned and creatively adaptable distributed firms - born that way from the start - will have a compelling pitch, a differentiated offering, and a quality of creative that will make the most connected office cultures seem lumbering and out of touch.

Q> Give us a few examples of your biggest successes at Green Stone.

MW> From the beginning, my most important design challenge has been the company.  And in three years with no funding, no famous personalities, and me living nowhere near any major market, we have gone from one guy in a basement to a team of 27 actively working on projects from 16 different markets. We’ve pitched against and beaten some of the most respected digital marketing and experience consultancies in the world for some of the most inspiring companies in the world.  And they’ve come back after the first engagement wanting to work with us again and again.

That’s the biggest successes I could ask for, both for Green Stone and myself.