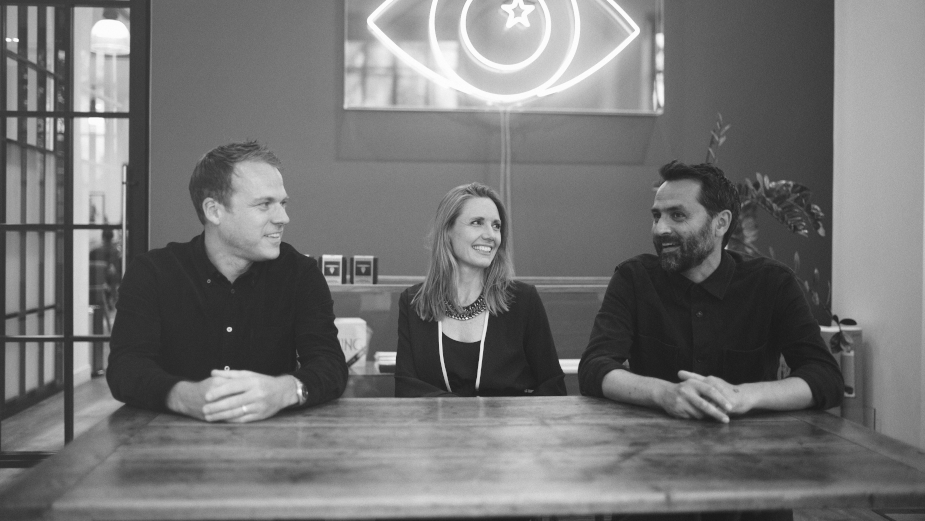 As Uncommon looks to its future growth plans, the studio announces the promotion of two key senior roles — its first ever chief operating officer and head of new business.

Last year alone, Uncommon ferociously grew its offering, launching a design and CX capability. As well as building a mission driven accelerator Unrest and winning the global creative CRM account for British Airways. The team grew to over 110 people working with over 40 brands with projects spanning across the US, UK, Europe and Asia. In its next stage of life, the studio plans to move into new territories, capabilities and markets. These appointments not only mark their growth to date but their future ambitions too.

Natalie Graeme, co-founder at Uncommon said, “We’re thrilled to announce these promotions. Tom has played a huge role at Uncommon since his arrival from leading the charge on brands such as Google to shaping our studio culture. He is truly aligned with how we see the world and is a trusted pair of hands to orchestrate the future growth of the business into the US and beyond. Matt has also been a key part of the team since day one — he has a natural tenacity for creating new business opportunities as well as a fundamental understanding of the types of brands and projects that fit with our offering.”

Tom Griffin will be taking on the role of COO with key responsibilities of continuing to build the vision of the studio model at scale, oversee the business transformation as it grows and deepen client commerciality. With over twenty years experience as an executive level business director, Tom has worked with some of the world’s largest and most progressive companies and brands including Google, YouTube, eBay, ASOS, H&M, The Universal Music Group, Sony and AB Inbev.

Tom joined Uncommon after five years at 72andSunny in Amsterdam. As director of brand management and director of operations Tom ensured the commercial impact and success of the business and that of its client partners across Europe and beyond. And prior to his move to Amsterdam, Tom played a key role in the formative years of Anomaly in London.

Tom brings to Uncommon a driven belief that through the power of innovation anything is possible. That creativity is a fundamental business dynamic and key tenet to commercial success. He is passionate about driving business transformation through the Uncommon studio model. Since he joined the studio, Tom has steered key global assignments and bedded in clients such as Google. Tom was also fundamental in leading the studio’s operations throughout the pandemic and orchestrating the return to the office as well as leading the overall talent and development strategy for Uncommon employee’s.

Tom Griffin, COO at Uncommon added, “Uncommon was created with a clear belief that brands can make a difference like never before — from working with ITV on mental health initiative Britain Get Talking to tackling important questions with Google — I’m so proud to have played a part in their story so far. I’m really looking forward to helping shape the future vision of the studio in its next stage alongside Nat, Lucy, Nils and the wider team in this new exciting role.”

Since opening their doors, Uncommon has never had a new business focused employee or department — but this hasn’t hindered their success to date. The studio has continued to grow at speed year on year whilst never making a loss and in the AAR’s recent annual ranking of integrated and advertising new-business wins, Uncommon came second for the second year running in most new business wins and most new business open opportunities — this is where the client had a choice of any agency to invite to pitch. An incredible result for an independent studio of their size and stage of life.

To continue to support its future growth, Uncommon has promoted Matt Hennell to its first head of new business. Matt has over 15 years experience working in creative agencies in the UK and the US. After starting out at integrated agency inferno he then made the move to the US and New York in 2010. There, he enjoyed working at multiple award-winning agencies including Droga5 and AKQA on Coke Zero, Spotify, Smirnoff and Calvin Klein accounts. Matt joined Uncommon in 2018 and has led brands such as FitXR, Habito, Method, Ecover, and WWF.