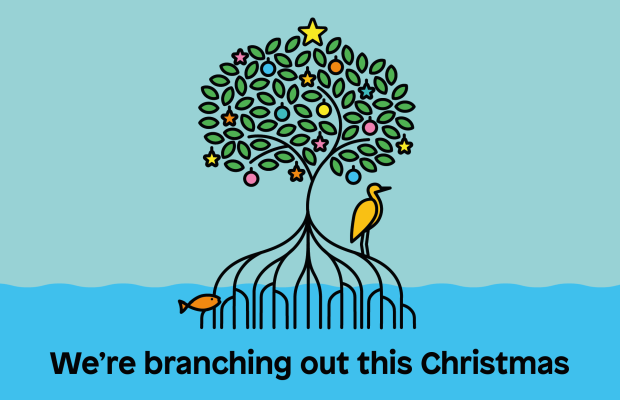 Have you ever tried to buy someone a gift at Christmas and it’s turned out horribly wrong? We sympathise!
In 2018 we decided to send the gift of reusable water bottles to our clients. It came from a good place; if used, we knew they’d help us and our clients save on single-use plastic bottles. We were proud to do something that we thought would help to contribute to a slightly greener world. Or so we thought…
The water bottles were built in a factory in China before they embarked on an epic journey from Shanghai to all our offices around the world. The package first landed in Belgium and was driven over to a depot outside of London, finally brought on a massive pallet to our office. Here, each bottle was individually wrapped and addressed and sent out once again by post to offices across the UK and beyond - reaching as far as South Africa! Nine months after Christmas, however, we received a returned bottle from Cape Town that had the wrong address. That one bottle alone travelled 18,000 miles across road and air. The damage it had caused travelling such a long distance potentially outweighed its original good. We were horrified!
One of the driving factors behind opening Peach was to remove the need for physical ad delivery. Before Peach, the delivery of TV commercials to broadcasters was managed with tapes dispatched by couriers. This entailed millions of tapes and the use of many vehicles, often across great distances.
Back in October 2011, we teamed up with CITEPA and conducted research into the environmental impact of removing tapes and making ad deliveries digital in France. We found that compared to physical deliveries, digital deliveries of TV commercials generated 97% CO²e** per dispatch. Whilst the servers and transmissions in 2011 used for digital deliveries generated small amounts of CO²e, physical deliveries generated far more at every stage – from the creation of the tape itself, to the significant emissions generated by couriers carrying that tape.
We are now reaching almost 100% digital deliveries in most countries around the world, and we’re proud to have been at the forefront in making this change happen. Over the last decade we’ve massively helped reduce the carbon footprint of the video supply chain by removing tapes, discs and couriers. Japan is one of the last major markets in the world moving from tape to digital, and we were the first company to digitally deliver a TV commercial there.
So, you can feel the crushing irony of our water bottle gifting mistake.
However, as much as we can beat ourselves up we believe any step towards a greener world is good. It’s about coming together to do so. It’s safe to say that this bottle gave us a big wake up call. It’s not just the gift you are giving but how it’s delivered and what the after-effects of its use are. Many companies use and have used the Christmas period for many years as a time to replace Christmas gifting with charity donations and green initiatives.
So, we wanted to do more this year. Over the course of this holiday season, we’re planting 50,000 yellow mangrove trees in Madagascar. The Ceriops Tagal — or yellow mangroves — that we will plant are critical to the support of animal habitats, land reclamation, and even local folklore. They protect against flooding for Madagascar’s incredibly diverse animals and plantlife — the vast majority of which cannot be found anywhere else in the world. Plus, they pack a terrific environmental punch. Over the course of 20 years, each of our mangrove trees will offset around 40 kilos of carbon. This means that, as a whole, our forest could offset around 2,000,000 kilos, or 2000 tonnes of carbon, over two decades. Hopefully enough to cover our bottle and a lot more!
We’re working with an organisation called Tree-Nation which makes it possible for our clients to track the evolution of the forest, including up-to-date information about the number of trees planted so far, what growth phase they are in, and the carbon impact to date.
Happy Holidays!

Less Time? More Screens: How to Adapt in an Age of Mass Content

Scrum Methodology: How to Totally Nail it Watching the Rugby World Cup