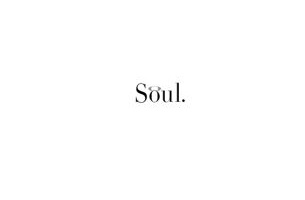 Michael, who tragically passed away on Christmas Day 2016, had been working on the album project for over two years’, as well as co-directing a feature-length documentary entitled ‘Freedom’, charting the story of his career.

Following his death, Michael’s family decided both projects should be completed in-line with his wishes and Monday night saw the premier of the finished film on Channel 4. The album campaign also launches this week, initially with two TVCs created and produced by Trailer Park.

The Los Angeles head-quartered shop, which opened its doors in London in spring last year, secured the brief following a six-way pitch in June. Their integrated campaign draws on George’s non-conformist, confident and often controversial style – with hero ‘Prejudice’ ads taking direct inspiration from his music promo for the single ‘Praying for Time’ (which at the time he famously refused to feature in, or promote).

The first spot, ‘Prejudice,’ challenges viewers with a series of (seemingly disconnected) monochrome words and statements which often engender prejudicial reactions, before revealing their connection to George by closing on the word ‘Musician’.

Supplementing ‘Prejudice’ is a contrasting execution, ‘Superlative’, which, rather than challenging viewers to confront their preconceptions, simply celebrates Michael for his contribution to culture and art.

Trailer Park have developed further assets across TV, print, outdoor, digital and social which will launch on Friday 20th October. The campaign has also been adapted for 6 other languages.

David Austin, Manager said: “Throughout his career, George Michael always set the bar high both musically and visually. Perfection was always the benchmark and this was no great secret. The split second I saw the Trailer Park creative I was sold and there was no going back. The team have delivered a beautiful piece of art that captures the true spirit and integrity of George’s original 1990’s Listen Without Prejudice campaign. It has exceeded our expectations in every way. No small feat in the world of George Michael. He would have absolutely loved it.”

Dave Roberts, Managing Director at Trailer Park said: “David and the team at Sony charged us with producing a campaign which would pass the ‘Would George have approved test?’. As briefs go, they don’t get any better.”

“George believed passionately that the world could (and should) be a better place and there’s no album that better represents this hope than Listen Without Prejudice.”