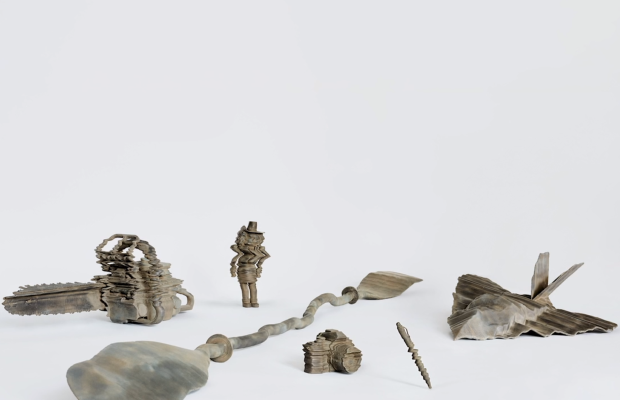 Today sees the launch of 'Printed by Parkinson’s,' an emotionally moving art collection available exclusively at Berlin’s Alte Münze gallery (Molkenmarkt 2, 10179) for one week as of today. The art collection and docu-series created with Charité Berlin, Europe’s largest University Hospital, and MediaMonks give a unique insight into the lives of six Parkinson's patients – increasing awareness and stressing the importance of finding a cure.
Across the globe, more than 10 million people suffer from Parkinson’s Disease — the fastest growing neurological disorder worldwide — and its debilitating consequences. The fundraising art project centers around patients under the care of Prof. Dr. med. Andrea Kühn, head of movement disorders and neuromodulation section at Charité Berlin. Each one sharing their personal perspective and experiences living with the disease.
Their daily lives aren’t just affected by tremors but also by freezing and rigidity, making it difficult to work, exercise, carry out beloved hobbies or simply operate everyday objects. As most patients socially isolate themselves at some point, it’s important to find innovative ways to open up the topic to a wide audience and create awareness around the fact that more research toward a cure is urgently needed. 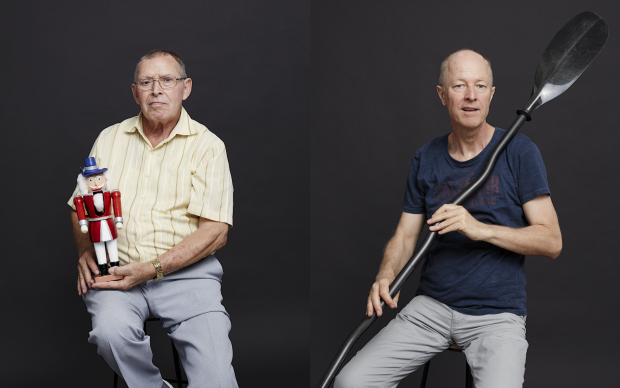 Heinz Apel and Wolfgang Hoelscher-Obermaier: Heinz has a workshop at home where he builds his beloved nutcrackers. He was devastated when he could no longer build them anymore due to the symptoms. Thanks to the effect of Deep Brain Stimulation, he feels much better and is now able to build again. His chosen piece is just one of many creations which he loves to place under his Christmas tree. Wolfgang also has trouble assessing risks - it’s a common side effect of his medication. One incident happened while he was out kayaking around Bornholm. A sudden storm hit and drove him out into the open sea. After 6 hours adrift and suffering seriously from hypothermia, Wolfgang was finally rescued by a helicopter. Despite this incident, he wishes to pick up his activities again now that Deep Brain Stimulation brings him relief: “and I hope to inspire others to go Kayaking as well.”
To make their stories heard and their daily struggle tangible, the patients’ kinetic and neurological data was used to create 3D-models. In turn, the individual art pieces were 3D-printed as if the printer itself was ‘infected’ by their symptoms. The one of a kind collection of distorted art features beloved objects they have difficulties in using — such as a pen, camera, kayak paddle or even a chainsaw. Each piece provides a unique perspective on what it means to live with this incurable disease.
Medication, therapy, and surgical operations can help to control the symptoms for the time being. However, there is no treatment yet that stops the progression of the disease. Charité Berlin is taking a leading role in Parkinson’s research but relies on financial donations to make progress. 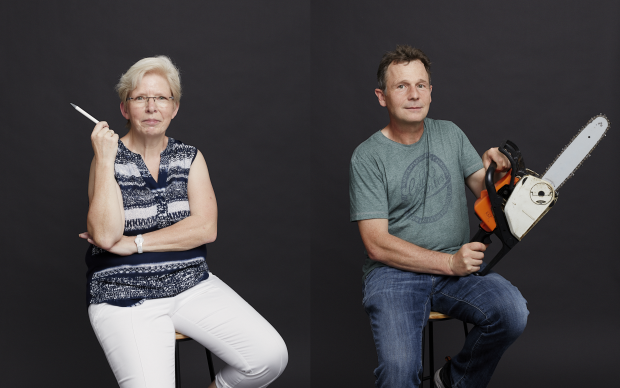 Gabriele Hütter and Torsten Römer: A lesser-known symptom of Parkinson’s is that a person’s handwriting changes: “I used to have really nice handwriting. Now I can only guess what I am writing. That’s why I chose a pen,” says Gabriele. For Gabriele, it’s important to share her own story: “Parkinson’s is more than just that ‘shaking’ disease. It affects the whole body.” Torsten's bold choice was a chainsaw. “I know it’s a bit freaky, but it’s not about that. I’ve always been a nature-boy.” The years before his brain surgery, he didn’t dare to use it, but thanks to the effects of the Deep Brain Stimulation, using it again brings back great memories: “When I was young, I rode my bike all the time. Just the smell of the two-stroke engine makes the heart of a biker beat faster.”
Prof. Dr. med. Andrea Kühn says: “There is always a need for us to have financial support and research can only work if you can continue to work very meticulously in one area. It is the small partial successes that take us further and put us on the right track, so that we can hopefully establish real improvements for patients in everyday life. All donations help us to make the next small steps forward. Currently, we are in the process of developing active stimulation and that would also be our goal in the research projects to make progress there. We use the money to give doctors the opportunity to carry out more detailed scientific projects in that field.”
Torsten Römer, Parkinson’s patient at Charité and contributor to the art collection says: “A graphical and visual concept like this provides insight on the real stories behind the disease. As you can actually touch and see the impact of this disease, it's an amazing way to educate people.” 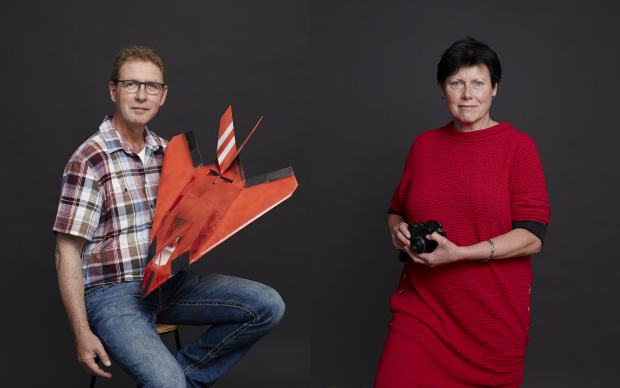 Dieter Schäfrig and Elke Starke: Dieter flew his aeroplanes for 28 years. All designed and constructed by his very own hands, he even used to sell them online. Not for the money – just to get in touch with people that shared his passion. But then the shaking started: “When you shake, it’s hard to work on the electronic parts,” he says. Now that Deep Brain Stimulation has reduced the symptoms, he hopes to start building aeroplanes again. Elke describes Parkinson’s as being alone in the dark. She adds more colour to her life by capturing images with her camera: “Above all else, happy colours are what you need,” she says. At home, her walls are filled with her own paintings, which are often inspired by her photographs. Her work was even exhibited at her doctor’s practice: “I enjoy it when others love my images,” says Elke.
The complete Printed by Parkinson’s collection officially launches today (22 July), World Brain Day, at Berlin’s Alte Münze gallery (Molkenmarkt 2, 10179). There, all six 3D-printed art pieces will be available for sale, raising funds to further Charité Berlin’s Parkinson’s research. The full collection and docu-series created by Innocean Worldwide Berlin and produced by MediaMonks and Cosmopola can also be found here.