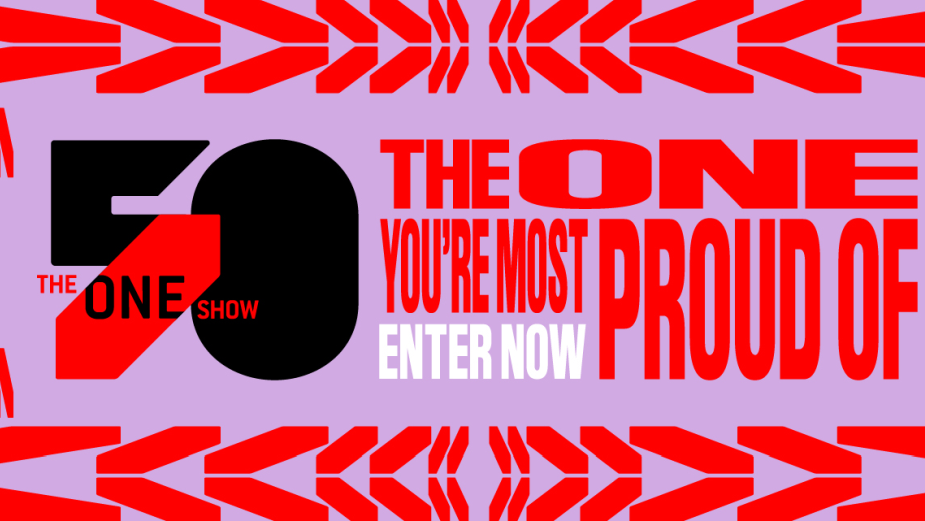 The One Club for Creativity kicks off the celebration of The One Show’s first — and next — 50 years of honoring global creative excellence with an engaging call for entries campaign from Design Army, Washington DC.

Based on the idea of the work as the creative industry’s reason to exist, the campaign equates “the work” with “the one”, asking the question “What’s Your ONE?”

Executions feature top global creative leaders, including dozens of members of The One Club’s National and International Board of Directors, answering those questions in quick-cutting :30 videos and in a dramatic grid takeover on The One Club’s Instagram page.

The conversational campaign comes alive by putting typography at the forefront, speaking with a simple yet bold authoritative voice.  Nonconformity and innovative thinking are reflected in the use of stretched and distorted type in a youthful color palette.

The One Show’s 50-year milestone is showcased in special logo branding, which combines a celebration of the past with a forward-thinking, youthful spirit meant to inspire the next 50 years of creative excellence.

Everyone in the creative industry started their journey somewhere.  For most, it was working countless hours and slowly climbing their way to the top.  For others, it was by chance catching a lucky break at the right time, and for a few, it was simply destiny.

Design Army’s Pum Lefebure, who is also vice chairperson at The One Club, said seeing the “United Colors of Benetton” campaign for the first time at age 16 made her immediately realize she wanted to be creative director.

“Everyone has their ONE,” she said.  “The one ad that inspired them to get into the creative business. The one ad that marks the highlight of their career. The one ad they didn’t do but inspires them to push their creativity further.  The truth is, at the end of the day we are all still chasing the next one, and the “What’s Your ONE?” campaign celebrates our never-ending creative journey by focusing on the moments, ideas, and dreams we all have while creating the next ONE.”

Lefebure added she was pleasantly surprised by some of the “What’s Your ONE?” responses received in a survey of The One Club board members.  “I didn’t realize they created some of the greatest ads of our time, the campaigns created in the 90s that inspired me to get into the business,” she said.  “You will never know if the one ad you’re working on now might have the power to inspire the next generation of creatives.”

Creatives are busy each day planning for the future, and often don’t take enough time to reflect on the past.  “Receiving my first One Show Pencil is a very special accomplishment, a date I have marked on my calendar to remind me of where I started and am going,” Lefebure said.  “The ‘What’s Your ONE?’ campaign invites everyone to pause a moment, transporting them back down memory lane.  Take a few minutes to congratulate yourselves on how far you’ve come, and think about the impact your work will have on the next generation of creatives.”

Lefebure added “The campaign celebrates everyone – from those in the Creative Hall of Fame and in the C-suite to entry-level creatives, and even first-year college students.  We would love to know What’s YourONE?”

Entries to The One Show 2023 can be submitted now, with fees increasing after each deadline period.  Super-early entry deadline for the greatest savings is November 4, 2022.  Early entry deadline is December 16, 2022, with the regular deadline January 27, 2023.  The extended deadline is February 17, 2023, and final deadline March 3, 2023.

The One Show 2023 juries will be announced shortly, with early judging starting in January 2023 and finalists announced in May 2023. Gold, Silver and Bronze Pencil and Merit winners will be announced during Creative Week in New York, May 15-19, 2023.

Agencies, brands, production companies and individuals responsible for winning work each year are highlighted in The One Show Creative Rankings, as well as The One Club’s Global Creative Rankings, which combines points won at The One Show, ADC Annual Awards, Type Directors Club TDC awards, and One Asia Creative Awards. Winners are ranked globally, regionally and by country.

Revenue generated from The One Show entry fees goes back into the industry to fund programming under the nonprofit organization’s four pillars: Education, Inclusion & Diversity, Gender Equality and Creative Development.

Brand
Brand
The One Club for Creativity