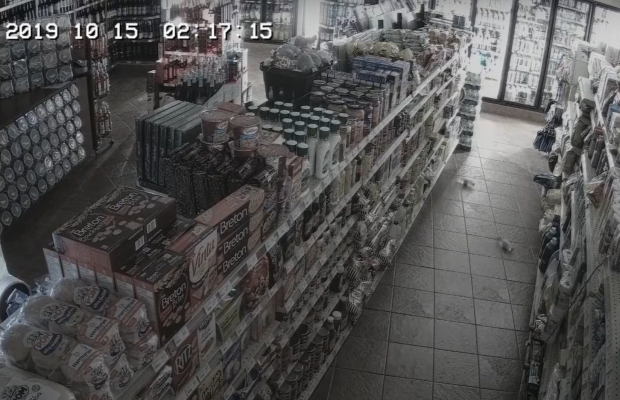 For the second year in a row, Loto-Québec and Sid Lee are showing that they have no fear in promoting the Phobie scratch ticket. They got into the ghostly spirit by inviting depanneurs in Quebec to play a trick on their subscribers thanks to a series of videos on “paranormal” activity in their business.

“It can be hard to set yourself apart on social media, given the quantity of content online,” says Janie Thériault, Director of Marketing Communications, Web and Social Media at Loto-Québec. “We wanted to find an original way to talk about phobias and create a unique online experience, and to go beyond advertising to start a conversation.

Four depanneurs were approached and asked to use their Facebook pages to post “poltergeist” videos that look like they were recorded with their own security cameras. “There are always two kinds of commenters posting under Internet videos of spectral appearances: skeptics and those who believe in ghosts with their heart and soul,” said Alexis Caron-Côté, copywriter at Sid Lee.

To the surprise of many, Loto-Québec then revealed that the videos of haunted depanneurs were part of an announcement of the return of the Phobie scratch ticket. “We took the basic principles of traditional stunts and adapted them to social media. Instead of tricking just a few people, we got one over on thousands of people online. Everyone had a lot of fun together,” added Alex Béland, art director at Sid Lee.

After a week of published organically on Au Toit Rouge, R. Patenaude, Peluso and Chez Moe‘s Facebook pages, as well as on Loto-Québec‘s, the campaign videos garnered nearly 400,000 views and over 4,300 comments.