The Mill's Rauri on planning every detail and his chaotic archive 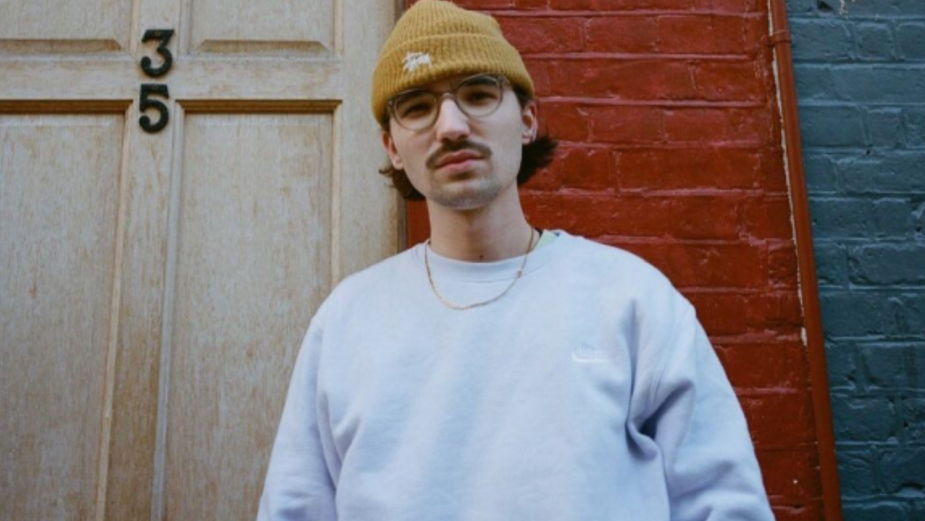 Director. Photographer. Editor. Rauri Cantelo utilises his multi-disciplinary experience to weave compelling visuals that melt the borders between formats. The energetic, tongue in cheek tones within his narratives live alongside a technical capability that come from his familiarity of being behind the camera.

Repped by: The Mill

Rauri> I love it when I receive an open-ended script, something flexible, dare I say… slightly unfinished? Not a ‘can you finish this for us?’, but more a ‘what do you think?’. It makes it feel more like a conversation, a chain of thoughts from the creative/agency rather than a set of strict rules or guidelines to follow. This creative breathing room allows for all manner of great things to happen down the line and I think it’s super important when working as a team.

I’m always looking to see how we can push and pull a creative (within its boundaries of course), to incorporate some sort of non-traditional flourish, something that’s going to make it stand out in the echo chamber that is social media. Mixed formats are very ‘in’ at the minute, and I secretly hope it’s here to stay as it gives me a chance to annoy the entire set whilst I run around juggling a plethora of dusty cameras to get that perfectly distorted, shaky handheld B cam shot. 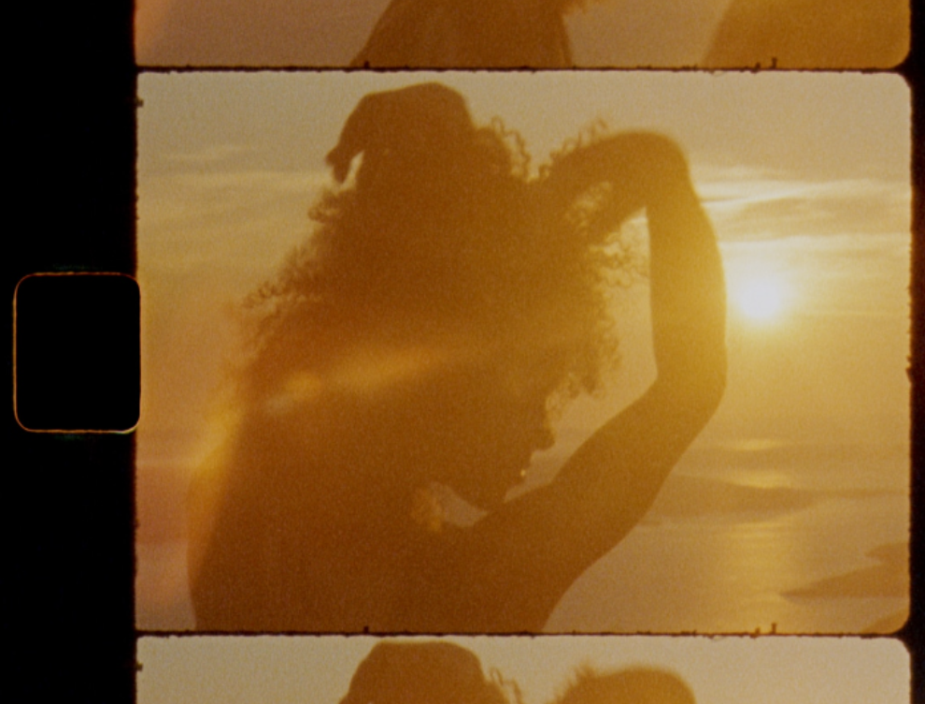 Rauri> I have a bit of a chaotic archive of random bits and bobs I’ve come across over the years that spark my interest, from old cigarette card designs to some mad VHS footage of street racers in 1980’s Tokyo. I find that even the smallest granules of inspiration will at some point down the line prove useful in jumpstarting the synapses.

Every treatment is different, but usually my first port of call after looking through any new script is to scribble down anything and everything that immediately comes to mind, no matter how farfetched or obtuse. From there I’d then delve into some research; Pinterest boards, photo books, magazines, archived posts on IG, Tiktok, etc. I’m quite a visual thinker and this all helps to germinate that that tiny seed of a concept into a much larger overarching direction that I want us to explore for the spot. More often than not at this point, it’s a single shot that I’m hoping to nag the DOP and producer to pull off with zero additional budget - my ‘DIY’ self-shooting background can be to blame here.

Rauri> It’s super important to do the legwork when a new project lands in your inbox, regardless of whether you know the brand or not. It can very quickly reveal the core foundations and ethos of a brand, along with any emerging trends or patterns in the market that might be good to tap into, or even avoid. Of course, the overall aim of this is to tune in to the people who’re wanting to say something and the people they’re trying to say it to.

It helps to have an understanding of who you’re having a conversation with, and if you can go as far as understanding their state of mind, their likes and dislikes, then even better.

Rauri> This is a tricky one because ultimately, in my experience, not one single person is solely responsible for making something brilliant - it’s the harmony that resonates through a core group of individuals that does this. On my previous projects I’ve leant more towards working with a small, reactive team of likeminded people rather than a sprawling, out of the loop crew with a seemingly endless chain of command. This keeps things tight, and allows for that homogenous relationship between Director, Creative, Producer, DP & Editor to flourish.

It’s also a great excuse to make something mad with your mates - that’s why we’re all here, right?

Rauri> I love music videos, the weirder the better. They are the very essence of what excites me about this industry. Yes, they’re stressful, and yes there are MANY aspects of the promo world that need addressing to ensure better opportunities and working environments at all levels. But in there is a foundation that in my experience brings out the very best in people, an honest and mutual work ethic to create the best possible creative outcome in both a short amount of time, and money (don’t get me wrong more budget would be nice though).

Yes, every. Single. One. Is a challenge in some shape or form, but that’s what makes them memorable.

Rauri> That you can only wear one hat - being a director is not a mutually exclusive role.

Something I’ve noticed in the younger generation is a complete democratization of skill sets, people sharing hints and tips about all manner of things left, right and center. Whether it’s editing tricks, how to capture a specific type of shot, developing expired film…you name it, it’s out there - and I think it’s stupid to ignore. It’s quickly developing a new breed of multi-faceted creatives and as someone that came into this industry as an editor, and edits 99% of my own projects, I’m here for it.

Rauri> I haven’t, but if it’ll stop me trying to recreate every shot in 3D maybe I should?

Rauri> Picture this. It’s peak lockdown, Ronaldinho is on house arrest in Brazil, I’m in London, and I’ve somehow got to get him to film himself doing his thing using a 360-degree camera that he, being the world-famous football talent that he is, has almost definitely never touched before in his life.

The solution? Film and act out the entire ad myself from the confines of my flat beforehand, chop up the edit into bitesize chunks and send it over to him and his team with a ‘360-degree camera 101’ tutorial attached.

The result? See for yourself… 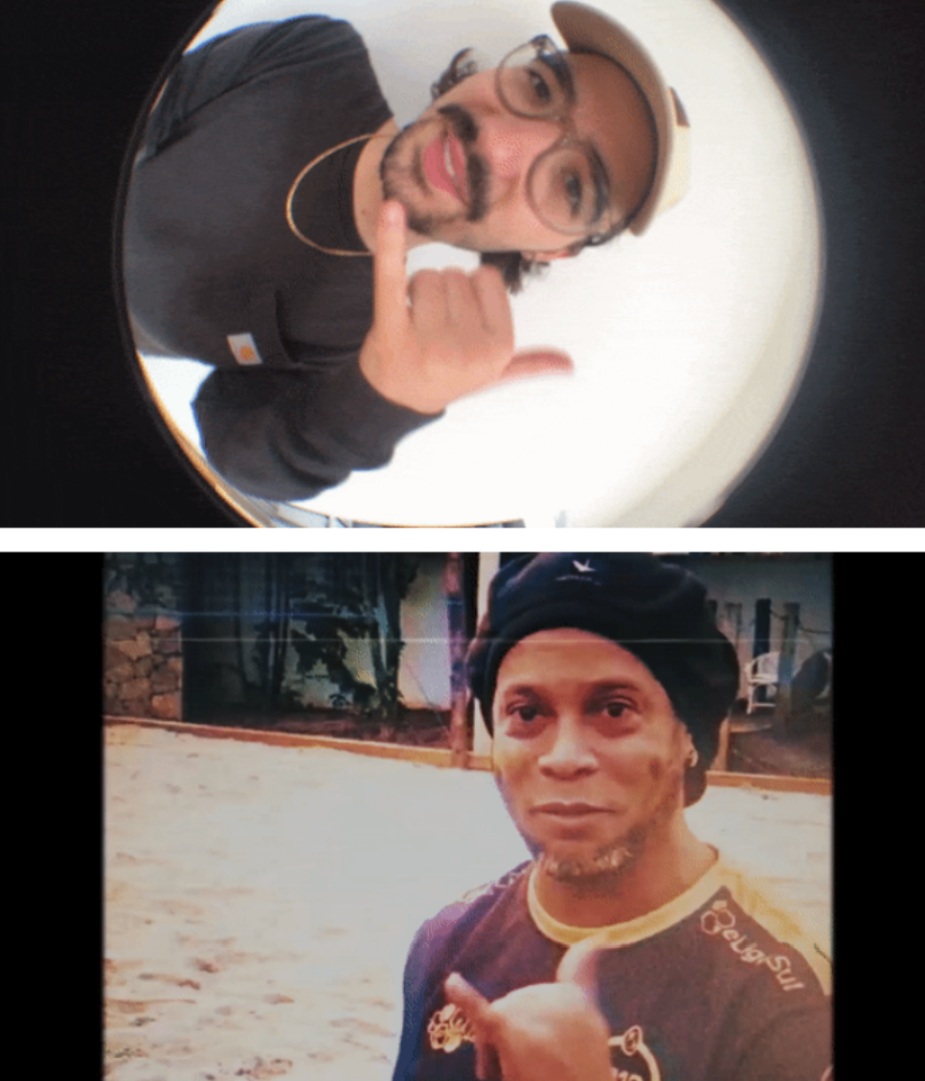 Rauri> I think it’s important to remember that at the end of the day you’re being hired to do a job, and ultimately the client has the final say - it’s their brand or image and that must be respected. However, I don’t think this should always go unchallenged, a big part of being the director is to offer constructive questions and feedback at every stage along the way, you and your team are there to bring it to life, create something impactful and to push it to be the best possible version of itself.

The key here is to ensure all parties are on the same page from as early on in the process as possible, there’s a balance to be found with collaborative relationships and every project is different.

Rauri> This is extremely necessary - I think we’re making baby steps with representation and diversification but there’s still a lot of work to be done. The benefits of hiring people from a different cultures and different socio-economic groups are tenfold, not only can you open a door and create opportunity for someone who may have not been able to experience it otherwise, but you also bring a whole new perspective into the creative mix, a whole new way of thinking.

Regarding mentoring, I’ve personally never had a mentor and know how much I could’ve benefitted from one if I did. So yes, I am very open to having a mentee in the future, just need to wait for that imposter syndrome to die down a little bit, I think.

Rauri> Bar a few projects here and there, some of my first directorial roles arose during the pandemic so I’m pretty well rehearsed when it comes to remote work and covid protocols on set. I also have a handy little edit setup at home which I can lock myself into for weeks on end so that definitely came in useful when we were confined to the house. 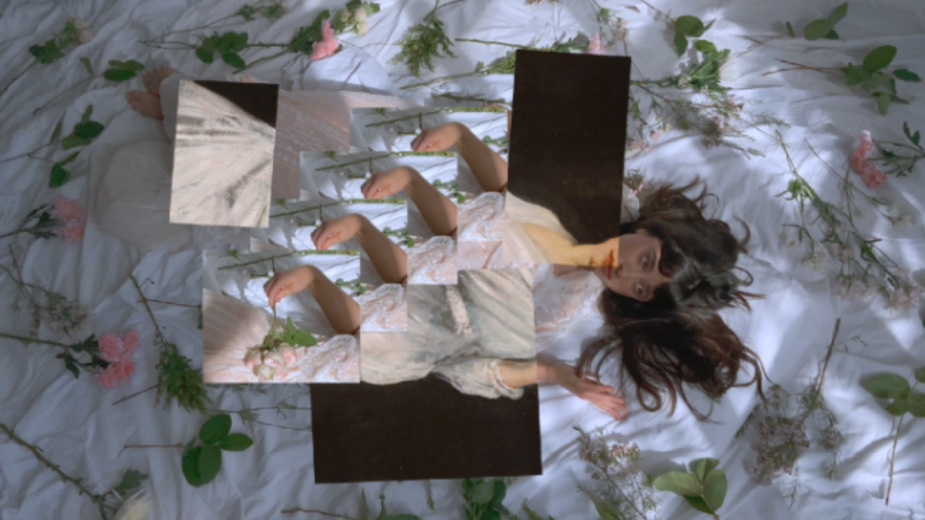 The pandemic forced us as an industry to think about things in a slightly different way, to really break things apart into their most essential forms - the barebones as it were. Yes, we’re all still striving to create that film we love, but I think the pandemic forced us to think of more creative ways of getting there. It’s added a lot of extra safety precautions to think about, but I also think it’s cut out a lot of the fluff when it comes to creative executions.

Rauri> I always try to plan in every minute detail beforehand, but a lot of the organic elements arise during production. My background in editing tends to inform a pretty extensive, almost second by second time-coded script on every job I lead, but even the most precise shot lists will of course fluctuate on the day. The key here is to try and make the script almost modular, have organic elements that can come and go without having a detrimental effect on the rest of the film. Embrace the imperfections.

Rauri> I try to keep super up to date when it comes to new tech and innovations, mainly just out of curiosity but I also love to think about ways to harness these new methods in my own work. At the end of the day as a creative you’re there to sculpt a story in one way or another, and if a new tool comes out that helps you do that in a new and interesting way then why not?

On one of my recent promos for Rose Gray we experimented with loads with LiDAR scanning and the results were otherworldly. It created these insane ethereal landscapes for us to float around and explore - something that I never thought would be possible on a project of that scale.

The VFX Factor: Why Dan Moore is at Peace with the Process
View all News