The BBC Gets People Talking with Chapter Two of ‘Have You Heard George’s Podcast?’

George the Poet's podcast offers a fresh take on inner-city life through a mix of storytelling, music and fiction 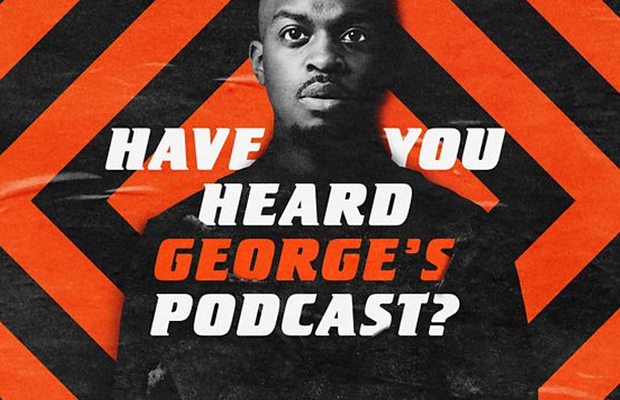 The BBC has released a thought-provoking campaign, created by BBC Creative, to launch the second series of the critically-acclaimed podcast ‘Have You Heard George’s Podcast?’, now on BBC Sounds.

Hosted by George the Poet, it delivers a fresh take on inner-city life through a mix of storytelling, music and fiction. The campaign aims to actively encourage viewers’ critical thinking along the same themes.

On TV, the campaign explores how visual tricks and gimmicks mean viewers can be distracted from the power of the spoken word.

The ‘out of home’ campaign will emblazon a series of provocative headlines and questions across billboards and other public spaces, asking the public about their role in society, topical issues and how they think about spoken word, including; 'voices inform our choices', 'to the parents who fear silence more than sirens” and “it’s hard to listen when you’ve never been heard”.

Claire Jullien, portfolio head of marketing BBC Mainstream Radio & Music said: “George the Poet’s award-winning podcast continues to challenge and invoke deep thinking about the world we live in today, and we needed to deliver a marketing campaign that matched that. Utilising BBC owned media, including social and TV, as well as OOH we were able to deliver a cohesive, impactful campaign with George’s own words front and centre.”

Adam Noel, creative lead at BBC Creative said: "The campaign was a unique opportunity to be imaginative and purpose-driven in equal parts. George the Poet has such an impactful voice in culture, we needed to live up to it, accurately represent it, and teeter on the edge of uncomfortable.”

‘Have You Heard Georges Podcast?’ is available now on BBC Sounds here.

This Awesome Samsung Spot Is a Looooooong-Lasting Earworm

David Wilson Is 'It' in This Electric Nike Kids Spot